in the past weeks, I was trying to recreate a camera system which is part of the old 3D Chat application called Second Life.

The reason for recreation is the idea to have it inside of a game project I am working on at the moment and having a very stable system for navigating in any other UE4 application.

**Within the attempt of recreating it, I am running into several walls that at most times seems to be either related to the camera spring arm functions or maybe the way I am trying to build this system. I am a Senior 3D Artist with let’s say very basic Blueprint understanding. If I watch tutorials or read documentations, I am able to understand several functions and also be able to determine if certain ways might be suitable for what I try to achieve. The issues I have here might be related to missing knowledge, while on the other side I was being able to test different approaches but none of them really worked out by the end of the day.

I asked friends, I went to Unreal Slackers and got some help and kinda crawled through dozens of forum threads, tutorials, and videos for functions that could help on building up this system but at the moment my brain is burned out and I am completely out of ideas. I think I need to rebuild my system - but I would need some help from the community.

If I might be able to make this work, I would really love to put this little gem for free here and/or the marketplace itself because I think it might be a very nice addition for both game-devs and also people with relationships on architecture and automotive-related topics.**

Here is a video reference on what the Camera system is all about:** Second Life Free Camera System - YouTube
-----

Once you hold the Left Mouse Button + Alt, you are able to:**

- The same function but zoom gets replaced with orbit up and down. Like typical rotating around a character or actor. You could actually just add the Ctrl button while you already hold down LMB and Alt.

- Panning the current view by moving the mouse into any direction.

While the system sounds like some weird finger acrobatic, it is very easy to learn in a couple of minutes and gives a very strong navigation tool on your hands.

So, as I told I already worked on this system for a while and was able to build (trial and error hacking…) certain parts.

Why I got stuck?

My current issues seem to focus on how the whole system was build up and how the camera boom, character pawn, spring arm, etc may allow getting altered by inputs.

Here are the Blueprints. Maybe somebody could spend a minute or two looking at it, telling me that I probably am insane.

Tomorrow, I will try a completely different approach to the whole system but hope to get some collective brainstorming and help here to bring this baby to life.

Some notes on this because I already got some answers and suggestions:

- You may make use of a second camera
While I’m pretty open to this idea, I have the fear that it ends up looking bad. I really would love to achieve a pretty smooth interaction with literally no gaps or visible hiccups.

- Do it in C++
See me as some very drunk and stupid Viking who found a magician’s magic wand and waves it, grunting why its spitting fire sometimes and sometimes not.
I am just an Artist but in my nearly 21 years of creating 3D Art, I’ve never spent much time on programming because there are a lot of people who can do this better than I would ever be able to. That would be a waste of time. I would love to stick to Blueprints and try to get the best out of it as possible. By the end of the day, this system here is like 2% of the whole project I am planning and building up at the moment. Most work will be on the Art side and I would love to keep the backend as simple as possible first till the project has more funds to afford a full-time UE4 tech-artist / programmer. 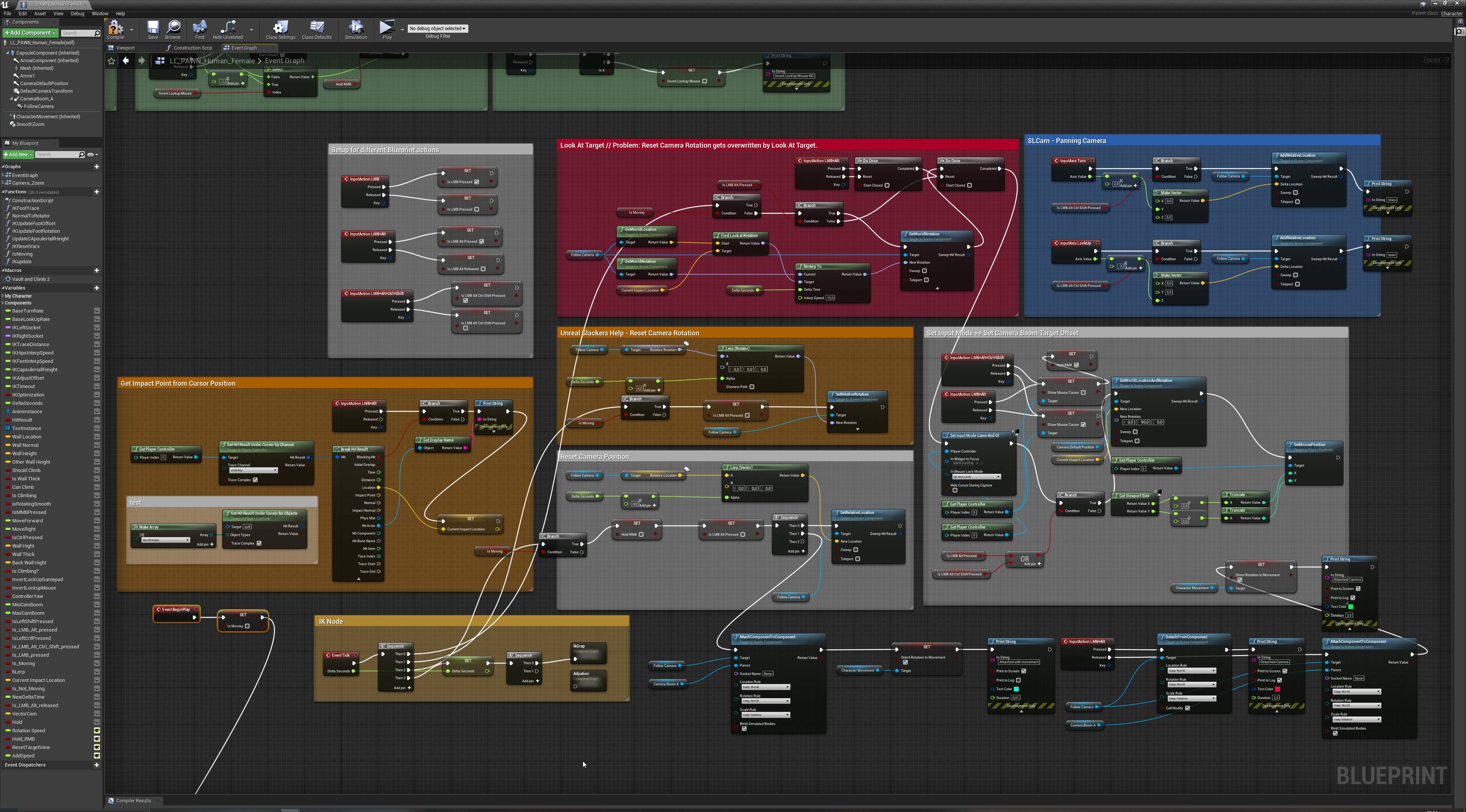 You could use our Orbit Camera System for this:

With the Orbit Camera System you can predefine Cameras, their orbit behaviour and switch between them with a variety of options

You would just need to bind you key combinations to it. There is also an example included how to change the focus point to other places in the world.