Receiving 2 of every email 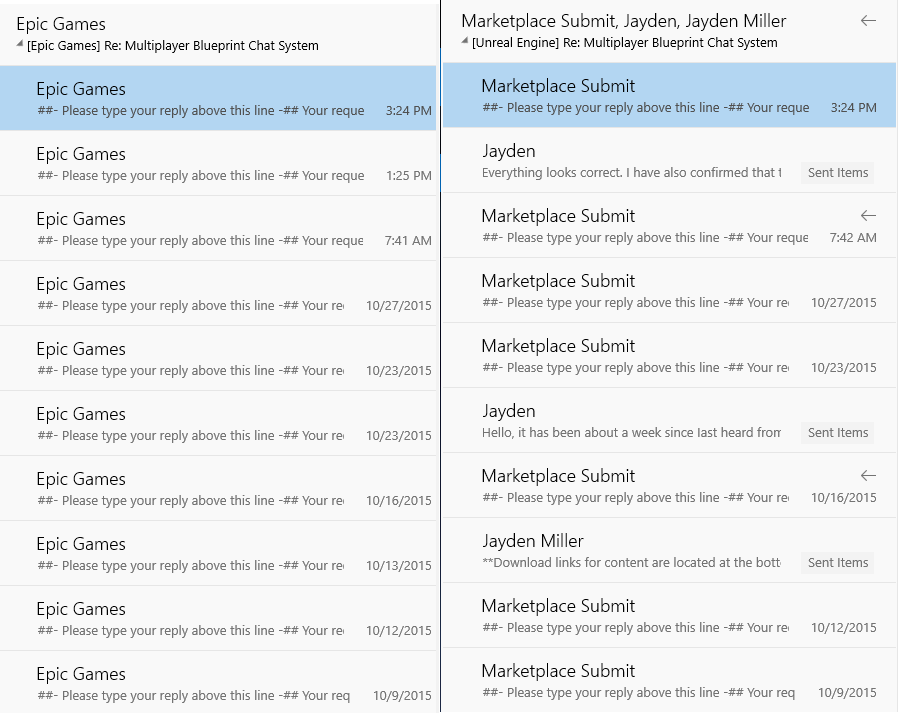 As seen in the screenshots above, I receive two of each email for the marketplace. Not sure if this is a bug or not, but now you guys know.

Emails that I am emailed from:

This definitely isn’t an urgent issue but…

This definitely isn’t an urgent issue but…

Thanks for letting us know about this! We’re looking into this on our end to resolve this.

I’ve noticed that for a while. Figured it was normal. =P

Yeah i assumed it was just part of the Automated response going through the different channels to get to whoever it needed to reach lol.

It would be nice but not urgent.

Also i second @KRushin on Allars badge hording, its not like there is a leaderboard Allar!!