Just made a new video of a “full-length” match between my friend and I (I say it in quotes because he quits half way through). It shows off a few new things, such as:

There is a bug in the character shown that lets him walk around when he dies. Still need to fix that. But it wasn’t game changing.

Hey everyone, I finally have gotten to a point in my project that I’m satisfied with showing off, so I’d like to introduce my RTS MOBA game “Realm of Mythos”. I spent the most part of 2015 working on this in my free time and it has been only recently that I have been able to have a full 1v1 match on a local network that produces a winner and a loser.

Realm of Mythos is a MOBA where players are set as beings (all of this lore is still being thought out) that can take on the shape and abilities of the Mythos of the realm (hence the name). Players choose a Mythos (a player character) to play for the match and from there it’s pretty standard MOBA stuff: three lanes, lane minions, item shop, in-game progression in stats and items, and a base that needs to be destroyed. Where this MOBA differs, however, is how accessible the objectives are that are needed to achieve victory. Each team’s base has a virtually impenetratable shield around its Enabler (the thing that is the goal for each team) that can only be destroyed by gathering other objectives on the map.

Right now I’ve only created two characters as I’m trying to make sure all these other systems work. But other than that here is a full feature list of what I’ve accomplished in this project:

If anyone is interested, I could post a full breakdown of the two character’s kits as well (their abilities and skills). Just keep in mind that Leighton (the orange one) is a melee bruiser and Aurora (the blue one) is a ranged carry.

There’s more that I’m just too lazy to type out but if you’re interested, check out the videos of gameplay below.

Video of me fighting my friend 1v1:
[video]https://drive.google.com/open?id=0B29Kfa27IE15ZGFsMk9vbW9vSzQ[/video]

Last thing, for the programmers out there, if you’re interested in how any of this works, I’ve been keeping the source code to the game project on GitHub. GitHub - weelcheel/Mythos-Realm: A RTS style MOBA game built in the Unreal Engine 4. This has been my personal project since about February 2015, working on it in my free time.

Also, thank you Epic, for releasing the Shooter game example. The netcode in that project is extremely valuable for any real time multiplayer game like this.

Nice progress you have made so far. Keep pushing forward, you need some Art assets to go with it now

Cant wait to see how you move forward with this. Good luck!

Thanks! I’m really just seeing how far I can get into this before I get stuck on something haha.

Anyway it’s been awhile since I’ve updated; been hard at work at school and updating this. Finally I have something I think is worth showing.

Here is a screenshot of the new death recap screen I’ve made. It’s very primitive but its functional (except those effect icons being rendered over it 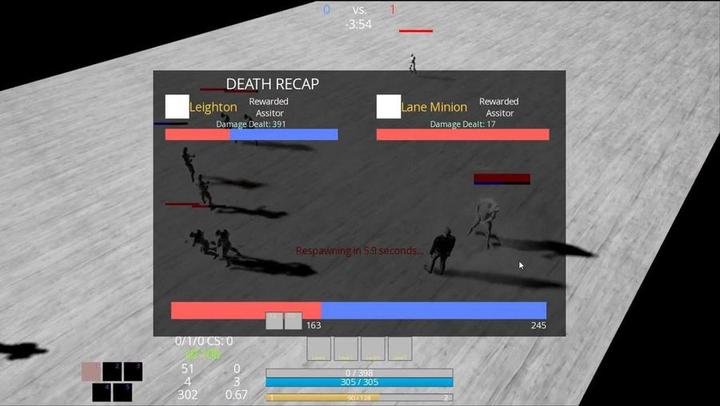 And here is the video it’s from: 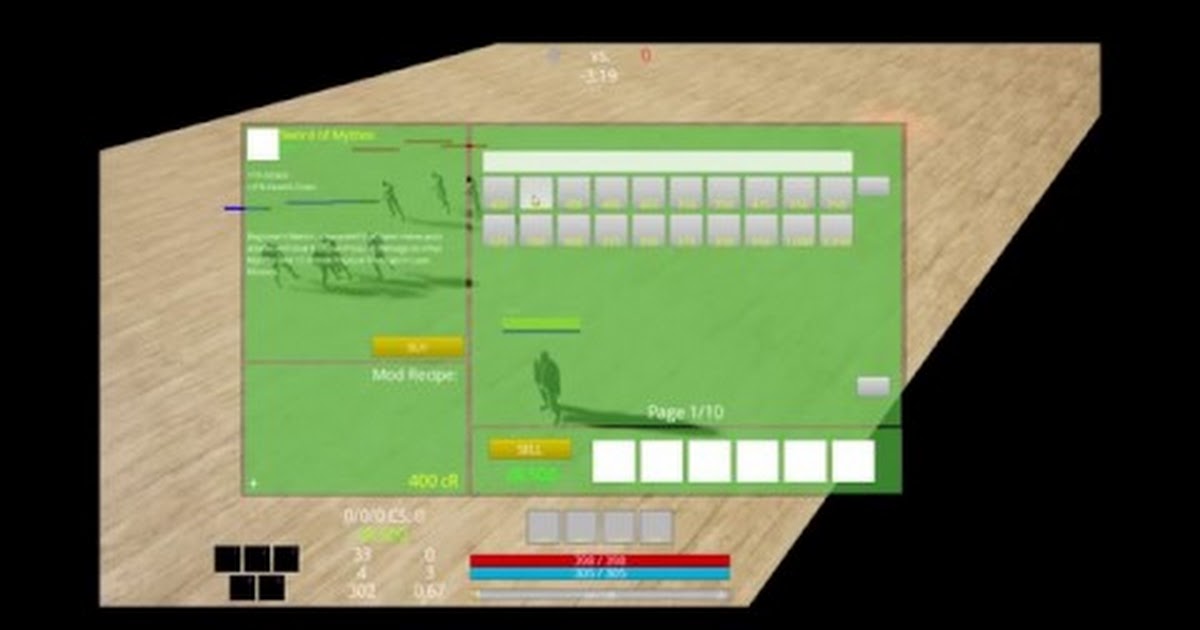 Here’s another update video:
Finally finished a matchmaking system that has a queue and automatically starts a dedicated server for each match made. Also added a sound system and a new map! Check it out below. 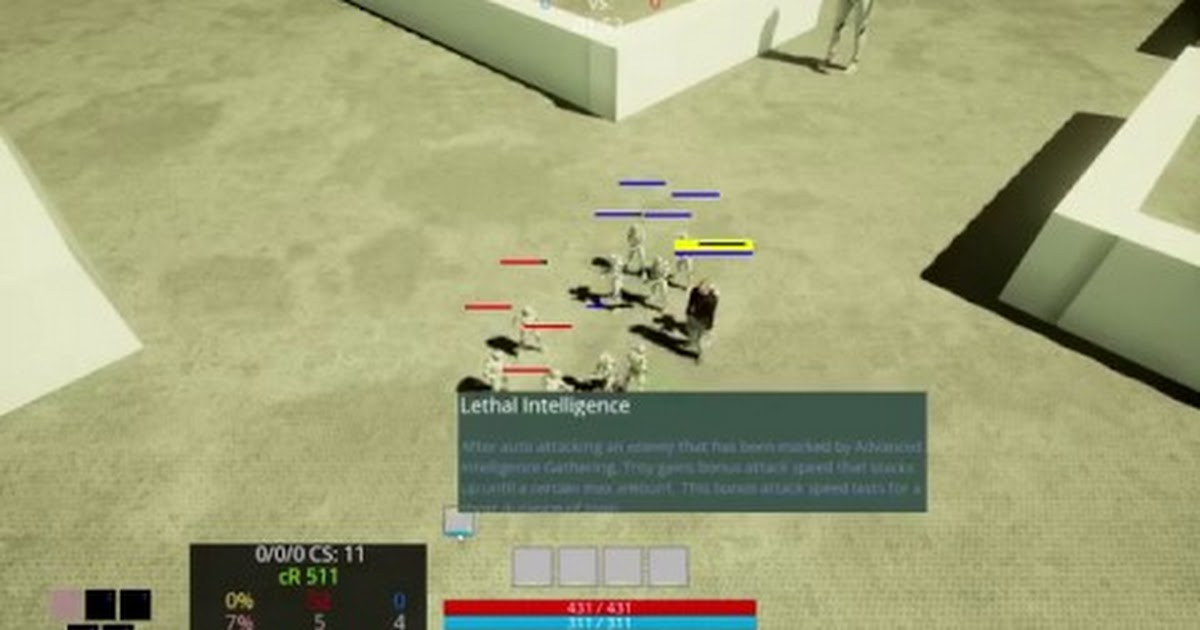 What solution are you using for automatically starting a dedicated server? Is it the most optimal or what’s your advice for the best option?

What solution are you using for automatically starting a dedicated server? Is it the most optimal or what’s your advice for the best option?

Hey! I wrote my own web server in C# that just automates starting dedicated server processes and Unreal Engine communicates to it through TCP ports. I’m sure there are very polished and streamlined server solutions out there but I needed one that I could run for free.

As for a content update, I have another video. This one’s finally on YouTube (got a good recording) but it’s kind of long. I lose bad in the beginning then I start to come back. And then my friend quits haha. Anyway give the video a watch if you have time. It shows off a variety of new features, which are listed in the main post along with a link to the video.

So I finally have an update for this after 3 months!

There’s a new video of the highlights of a match featuring another new character, Elsu (the guy I’m playing as).

New Features:
-Visually updated the 1v1 map (the grass material never loads however, so still have some work to do with this)
-New overhead widget system: health bars hovering above character’s heads in-game are now rendered using UMG.
-Raiders are now initially implemented: this MOBA’s initial map objective. It spawns in a random lane for a set amount of time and attacks any units that get in range until its either defeated or despawns. When it’s defeated, it joins the team that defeated it and pushes the lane like a god minion until its killed or despawns.
-Huge performance update: may not be visible on the surface but the network overhead of this game has been massively reduced by implementing sub-object replication for game units, refactoring network code, and (admittedly this had the biggest impact) turning down the replication frequency for game characters. This still probably needs to be worked on as it has not been fully tested on the full scale, 3 lane map with 5 players on each team (the worst situation).
-New Placeholder Models: using Infinity Blade models and animations as placeholders makes things look much more pretty

So yeah, check out the new video on the first post. It’s not as long as the full match video but still shows the new features. There’s some pretty funny whiffs too from both of us due to the unit tracing from the mouse being too precise. And of course this new character is also stupidly OP (he scales too much) so I kinda dominate.

Time for another update! I have finally reached the point of 10 playable Mythos characters. This is the goal I wanted to reach before I could really start play testing 5v5s with all different characters. Here is a video clip of the ultimate ability of one of the new Mythos, Rosalie. Stay tuned, a bigger update is on the way! 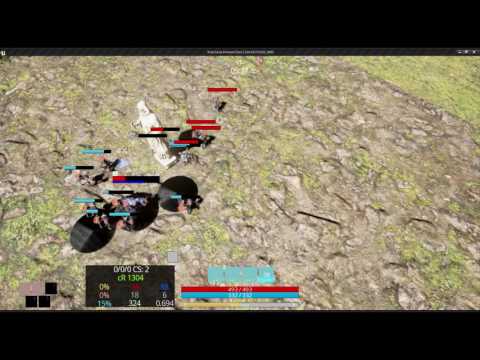