As some of you may be aware, I recently moved from Torque 3D to Unreal Engine and part of this process has been to move my game Re-Spawn across to the new engine. The reasons for my moving are irrelevant, but I thought I would share the one feature of Re-Spawn called FlowUI.

Basically FlowUI forms part of my Game Flow product and uses a HTML Rendered UI for the game. While I was developing Re-Spawn (not that I have stopped, but that is beside the point) I started coming across various needs for the game that were not necessarily covered by the game engine itself. Things like master servers, license keys, achievements, and other standard game features; obviously the game engine is there to help you make a game and I wouldn’t expect the game engine to provide me with these and so I started working on my own services that would eventually become Game Flow.

Game Flow is a technology stack that provides game developers with functions and features that include but are not limited to the ones listed below:

There are a few minor rendering issues, but these will be easy enough to resolve, I just wanted to make sure I could get everything working. 8-}

Here are some screen shots of FlowUI for Re-Spawn currently running in UE4. 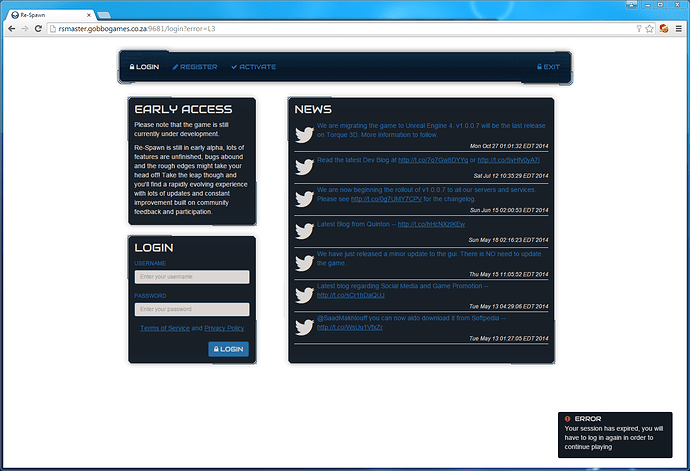 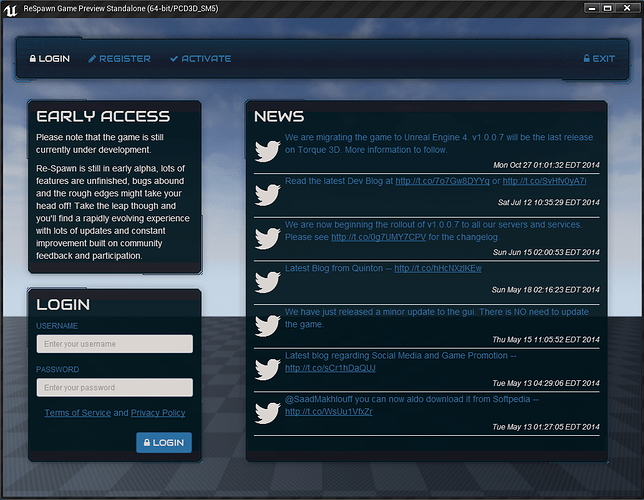 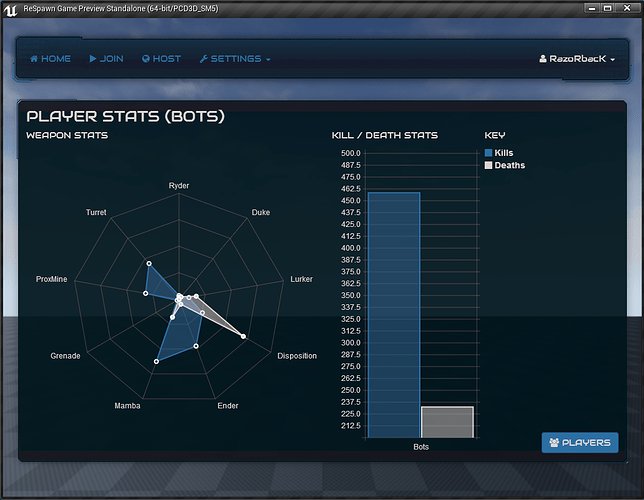 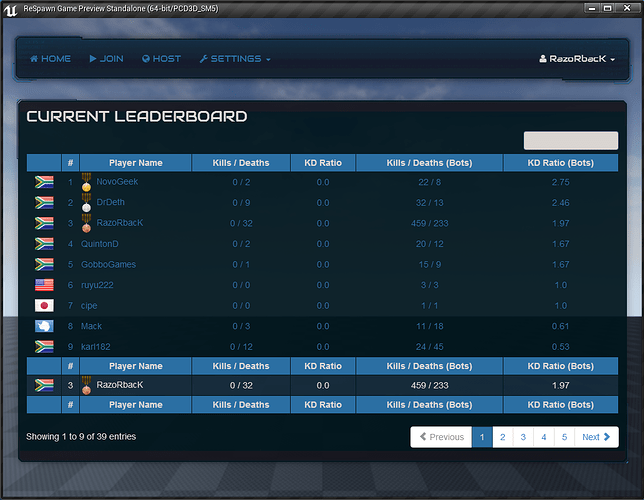 FlowUI register and error in UE4: 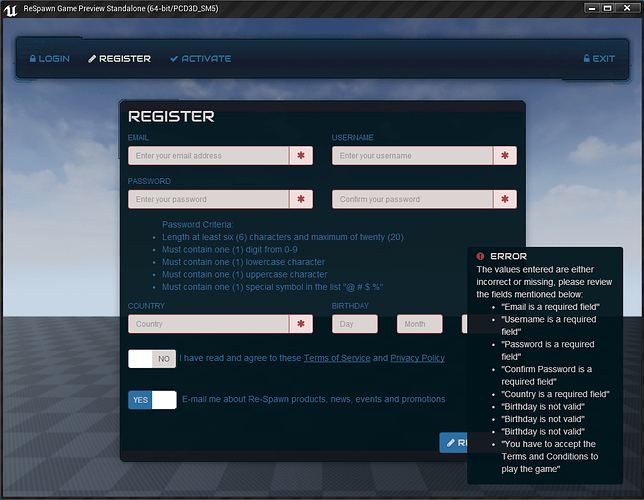 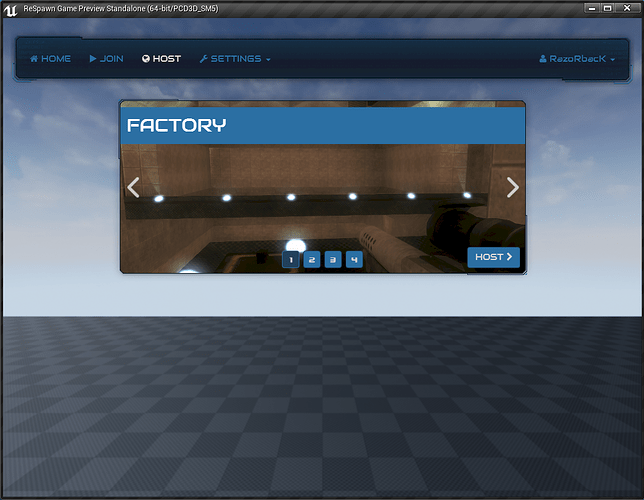 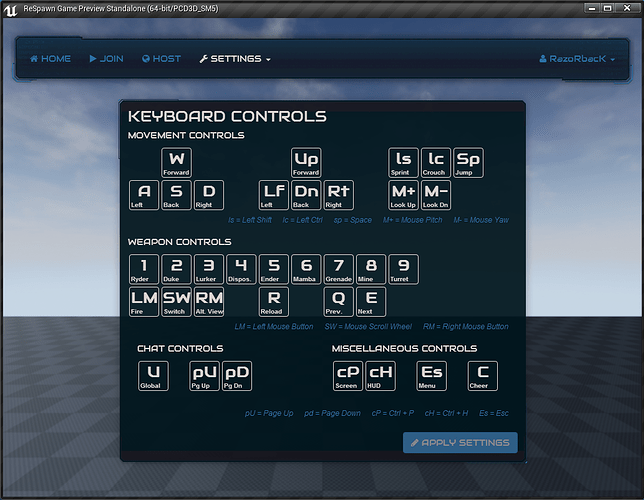 The next steps are now to start migrating art and assets, gameplay, and wiring the UI in to UE4 using the JavaScript callbacks.

Looks great. I watched some Re-Spawn vids in the past – it looks like a ton of fun. I didn’t realize you’d made the move to UE4. Time to download that alpha…

I like what your doing with your project as it has similar ingredients to my own FPS Tournament Hack n Slash. Interestingly, I was also inspired to wire up content retrieval/data storage to web server (to include the GUI) as I work with Web-based apps/servers daily. Flow UI looks great! I’m curious, did you write a custom HTML Parser?

@Techlord: Nope … those screens are using the Radiant Plugin (that I purchased before it went MIT license), I am waiting for the built in CEF component on Epic to be available via Blueprints before I try that one.

My challenge is that I need the client to support Linux, the Radiant Plugin doesn’t compile on Linux, so I am hoping that the Epic one will when it moves out of experimental stage. Having said that, the Radiant one fails gracefully if it can’t run the plugin, so worse case scenario is that I release the next Alpha on Windows client only … but will support Linux dedicated servers. 8-}

I’ll keep you all updated as I make progress. Thanks.

An alternate option is to write your own HTML/XML parser. This is my current plan. Writing a custom markup parser (JSON Format), generating GUI Elements 2D Gizmos (UMG) & 3D Wizmos (Blueprints). I do agree a HTML5 WebUI Plugin would be nice.