Rather discontent with Launcher

Okay so it was brought to my attention AnswerHub might now be only for developers to help other developers so I’ll mirror the thread here in hopes it might get heard.

Rather discontent with Launcher

Okay so I really wanted to convey my unhappiness with the current state of the Epic Games Launcher, I really dont want to go on about it so I’ll try to put across all my grievances as nicely as I possibly can in hopes they might get looked into. ...

Okay so I really wanted to convey my unhappiness with the current state of the Epic Games Launcher, I really dont want to go on about it so I’ll try to put across all my grievances as nicely as I possibly can in hopes they might get looked into.

As someone who has spent a decent amount on the Launcher I feel like my opinion should have some weight as I am at a point where I feel like Epic is taking advantage by not providing me with updates to the Launcher! I bought games on the Store with the understanding that features were coming, meaningful features which affect me directly as an end user. Things like Epic hosting videos really doesnt change anything, infact if I go by other services Ive used in the past Facebook, the usability of the platform got worse when they stopped allowing YouTube embedding to focus on their own service and the same could be said for Steam which I still have issues streaming nicely on.

Im really not sure what the cause of the application being so slow is, I have an i7-7700HQ, 32GB RAM and a 1070GTX, I doubt its my low specs as Discord, Chrome, etc work very snappy and I really cant blame Slate as UE4s UI has always been really snappy too.

I really dont feel like clicking on Library for my games should take the amount of time it does, those are my games and that list only updates when I make a purchase or install a game so Im not understanding the mentality behind it constantly loading and checking. The Store as well, I dont mind if its cached somewhere and maybe its the animations slowing everything down making it look like its downloading when its not, the fades, slides and little transitions. If that is the case Id like the option to turn them all off.

Im really trying to be supportive of Epic but its so difficult when the Launcher is so poor to the point it makes it difficult to justify purchases on there.

P.S. This isnt even getting into the issue with having to login to the site all the time and constantly being told Im logging in on a new device (when Im not). This is adding needless friction for people who are part of the development community and spend large amounts of time on Epics domain.

+1 on this, bluntly speaking the Launcher sucks. There is no other way of describing it.

I was willing to let it go when I was just using it briefly to launch UE4 but over the years its become more a part of my experience and I expected that when the Epic Game Store was launched it was to be a renewed investment in the Launcher so I really thought some effort would have been taken to improve it. It doesnt seem to be that way, I just cant act like everything is okay when people are constantly using the Launcher as ammunition against Epics business practices, if it were fixed up and ran smooth I think alot of people would lose a large part of their attack on Epic.

I really hope Epic doesnt think just because they have exclusives we’re going to sit by and deal with this crappy Launcher for however many more years, thats kinda how it feels since no effort has been made to improve it even though Epic is throwing money around at everyone but their own Launcher team it seems. Which is odd since its the most vital part, the backend is surely very important to developers but for all us gamers who are using it for the store we can easily take our money elsewhere, a 12 month waiting period never got me buying an Xbox and I certainly would have no qualms waiting for a Steam release if I have to just so I can get something which doesnt bog down my PC.

Epics idea of problem solving is just hiding the launcher, even when Im actively trying to use it while booting UE4 in the background when I browse the marketplace or even attempt to boot another UE4 instance (some of us do run more than one). Thats really not good enough, if I can click on my Library in Steam and have 51 games show up in a list instantly theres really no reason Epic cant do the same without the loading bars or fancy fade in on the images. Its just beyond frustrating that nothing is really being done about this and I get the vibe that internally Epic dont even use the launcher or this would come back from every single focus group, QA and developer dealing with it on the daily.

Okay so this started happening to me with the Store, the Games Library and the main Epic Games/Home section of my launcher last night.

Edit: this issue seems resolved now thankfully, no idea of the cause.

I agree, the launcher starts slowly, from time to time it forgets my username & password for no reason and it lags when browsing content.
I have a similar specs (i7 8700k, 32GB RAM, 1080 Ti) so it’s not that bad and I doubt that it’s hardware related.
It seems like it’s just bloated right now (maybe after adding the EGS part?), I remember that the launcher was running fine a ~year or two years ago.

PS. Yes, the Vault could really use something like folders to organize the content. After buying many Marketplace items it’s hard to find anything and browse this giant wall of icons.

To be blunt, with all the money Epic made from Fortnite and Tencent, it’s just pure lazyness from their side not to develope a modern, fast loading launcher with a clean interface. There is really no excuse to use UE for their launcher (and slug the system down having it running in the background).

Honestly the launcher needs to be tossed. Give it up, and start over. It’s been terrible since I started using UE. At no point has it ever not eaten CPU/GPU for me, and it just gets laggier and laggier. I close it the second my project is launched or things are done adding from the vault.

1-2 Agree! And the never ending issue of cpu/gpu usage that has plagued it for YEARS. It can be doing nothing and still eating away 5-30% CPU and always some chunk of the gpu up to nearly 7%. And why does it need to eat up so much more GPU when downloading?

5 At least the web store has a cart now. I ~never~ shop in the launcher because it’s terrible. I really wish there was a wishlist too, and sale notifications when wishlisted go on sale.

6 Should have tags, and the ability to add tags. Also be able to type in something like “Update” so I don’t have to endless scroll for little orange dots. It also really needs custom folders so i can organize it however I want. Starting to get a lot of stuff in there.
edit: filter by content creator name too

As a person who preordered BL3 I’ll just be leaving this video here: 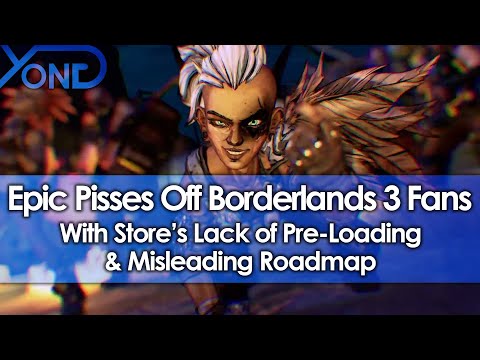 I understand that Epic needs to thoroughly test its features but this launcher has been around as long as UE4 has been public and its still not up to scratch, scrambling last minute and apologizing doesnt forgive the complete mismanagement. I honestly thought Epic would have some of this stuff going for a big release like Borderlands 3 but its pretty clear we’ll probably be waiting longer than the 12 month exclusive on the title to even come close to what the Steam version could ship with.

The complete lack of eyes on this topic is disheartening let alone Epic completely ignoring the topic and Launcher issues for years gives me zero faith in their abilities. Ive directly had issue with how leaks of private info was handled in the past, I understand that Epic is a big company now with many moving pieces and losing a long term supporter/customer like me would mean nothing. 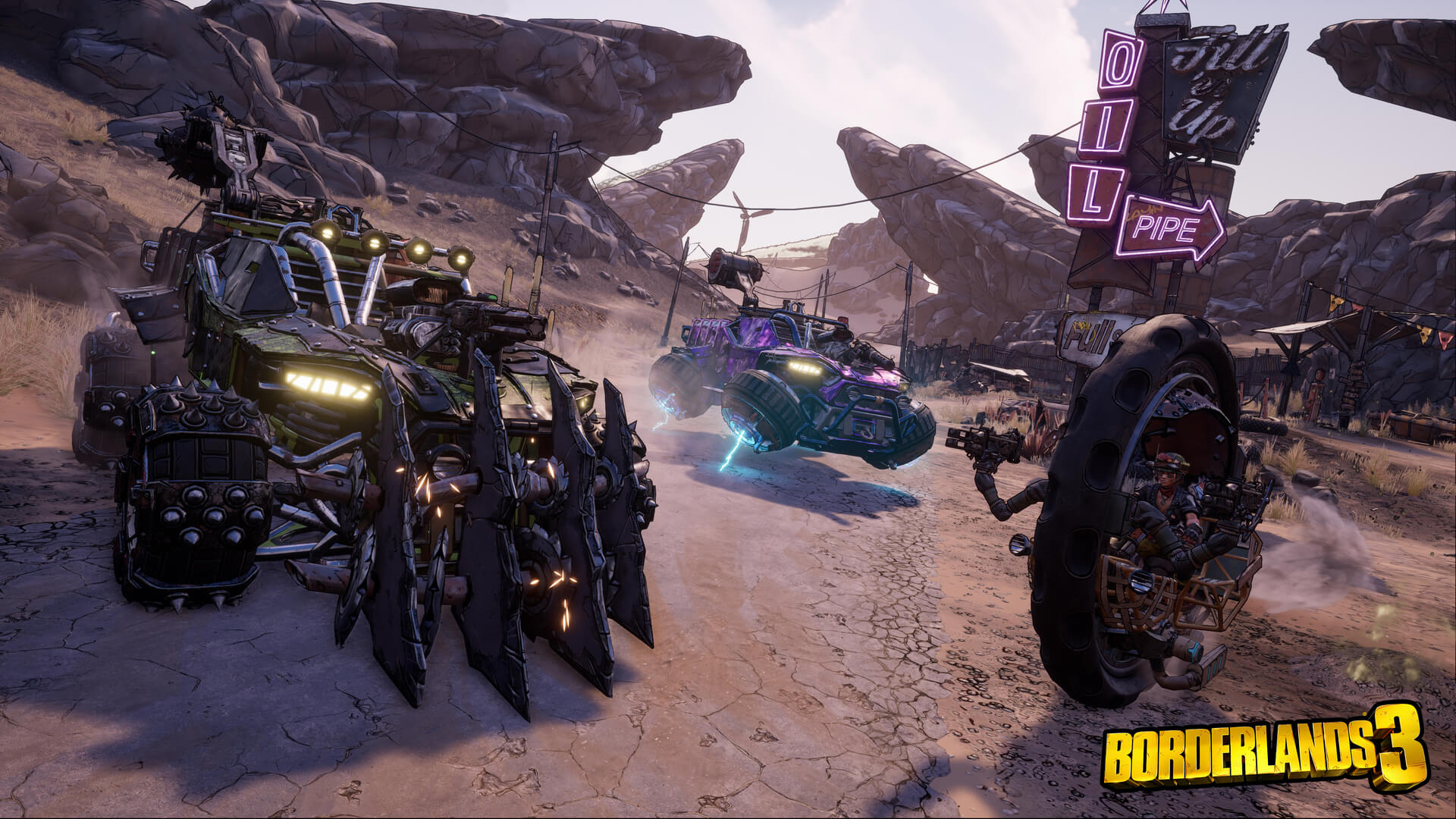 Borderlands 3 suffers from stuttering issues and here is how you can...

Two days ago, we informed you about the long loading times in DX12 and the ultrawide issues in Borderlands 3. However, it appears that this new first-person shooter also suffers from major stuttering issues. Therefore, you can find below some ways...

“The first thing you need to do is close the Epic Games Store launcher after going in-game. A great number of gamers has reported that this has resolved their stuttering issues with Borderlands 3.”

Whhaaaaaaaa?! Nobody saw this coming, for the past several years~

All these years later and I feel much the same way as I did, there have been improvements but nothing dramatic which I could point my finger at and go AHHAH! Launcher still hogs resources, is slow and unresponsive especially for someone like me living in regional Australia with satellite internet, download speeds are fine its the tab/page loading.

Ontop of that the UX is pretty poor, its difficult to navigate with Unreal Engine being hidden away and having to dig to find that Marketplace. Its much easier just to browse the market on a browser, I know many people who dont bother with the launcher at sale times because of the difficulties navigating.

Since the original post Ive upgraded my system specs and its made little difference, I now have a Ryzen 9-5950X, 64GB RAM and a 6900XT, I can definitely see the improvements when it comes to UE5 (esp preview over EA) but Im just not seeing the launcher advance. It does get updates but they mostly seem to do nothing on the surface level which is what Ive been most concerned with, if Epic are to truly compete in this space. I feel as though the free games are just a bandaid and if those were to stop people would pull away from the launcher as fast as they can, I was hopeful Epic would take this seriously, I know there is alot going on there but Id much rather see the money from the free games go into maintaining a solid ecosystem well into the future rather than short term gains.