hello everyone, as i move around my map it after going a short ish distance from the start area it just stops.
youtu.be/PdgfxNT4rd4
also in this level the only BP Code is posses player and the code for the player/widgets

on my other level it shows how far you can go before the same thing happens, the mountains represents the bounds, as in how far i can go before it happens

It looks like the character is being destroyed, but Play is still running? You can eject and look in the World Outliner to see if there’s still an instance of the character. If not, it’s likely that you have an Initial Life Span set for the character, and it’s simply destroying itself after a set amount of time. Check this post’s answer and see if it helps: 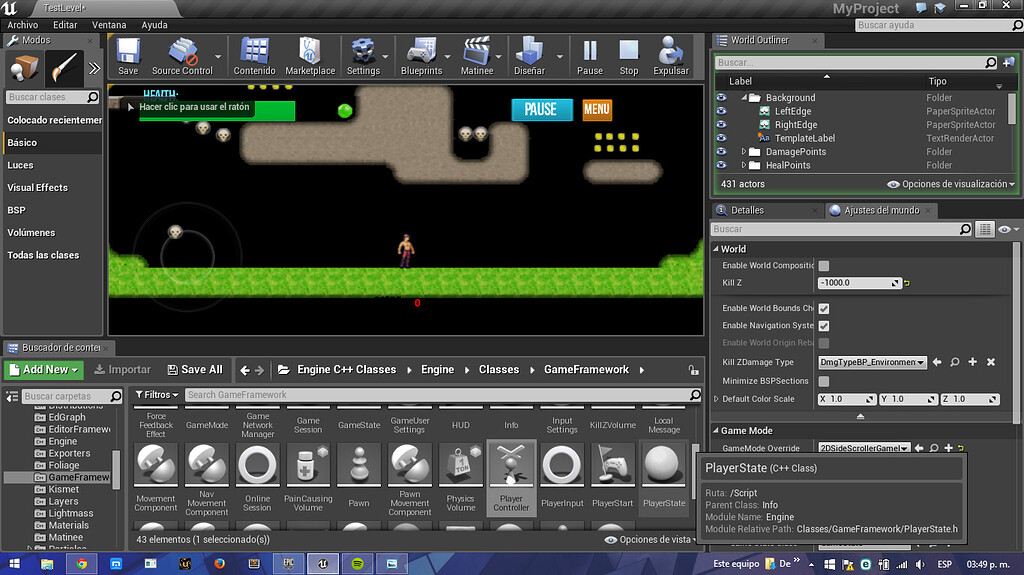 Im trying to play my game and i can but just for a while, i build and run the project and after some minutes it automatically destroy my Character, how can i fx this 😕 the first image is when i play the game, second image when it destroy my...

OKay it turns out that it is getting destroyed but it only happens when if i go past a certain point on the map. ie i could move around in circles at the start point but if i go a certain distance it destroys.

There is a health VAR But its not doing anything yet, would the player BPS Help at all

That sounds like a KillZ problem, then. The world in UE4 has a finite amount of space a character can live in. In cases where a character is moving at a high enough speed, this bound will be reached much faster. To test this, on Tick in your character Blueprint, Get Actor Location > Print String. When it’s destroyed, either the X or Y value will probably be near the max of 1048534.0

For this type of game, you’ll probably want to look into World Composition to create much larger worlds through Level Streaming. There’s some documentation on the system here: