So a rundown of what I’m dealing with;

I wanted to take the UE4 mannequin that we all know and love, make a new mesh on top of the existing skeleton in Blender, and then bring it back into the engine to use with the “Animation Starter Pack” content to build a quick prototype of an enemy character for use in testing.

Everything seemed to be great until the point I re-imported the mannequin and noticed that when I re-targeted the existing animations onto my “new” skeleton (which I didn’t even touch in Blender) my upper arm twist bones randomly slid down towards the elbows by about 15 units. It seems they are somewhat there due to the animation and possibly not the skeleton itself. Both skeletons have the exact same rest pose, they are essentially identical, both are an ideal fit for the humanoid rig, but once you actually assign an animation to them it consistently does this. The rest of the body animates seemingly fine, it’s just these two twist bones.

I am at a loss when it comes to finding the root of this problem. If anyone has any experience with this asset some advice would be very much appreciated.

A few months later (and in version 4.17) i am experiencing exactly the same issue, but only on the left upperarm twist bone.

It drops by exactly 15 units on the local Y axis and it seems to be the animation causing it.

Was an actual fix found? Ive checked the roll and location of every bone and its parent through to “root”

The only options i have found to work around it is to either correct the bones in the animation, or use a small piece of animation blueprint…

Oooooooh literally while i was writing this i found a fix… let me take some screenshots, in case you or someone ends up back on this post, as it seems to be the most recent one that comes up on search engines

So this is pretty simple to fix, i just couldn’t find the options to begin with. 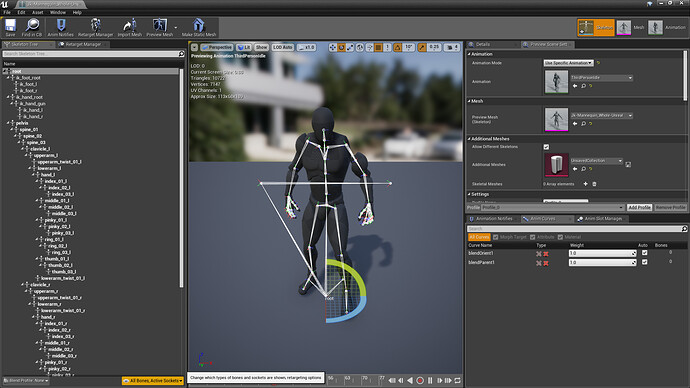 At the bottom here click the little button with the eye that says “All Bones, Active Sockets” 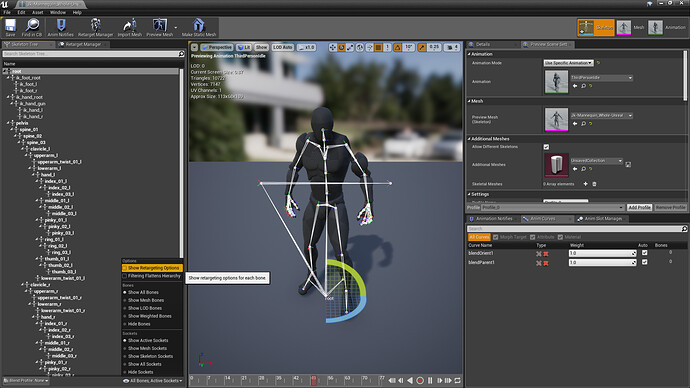 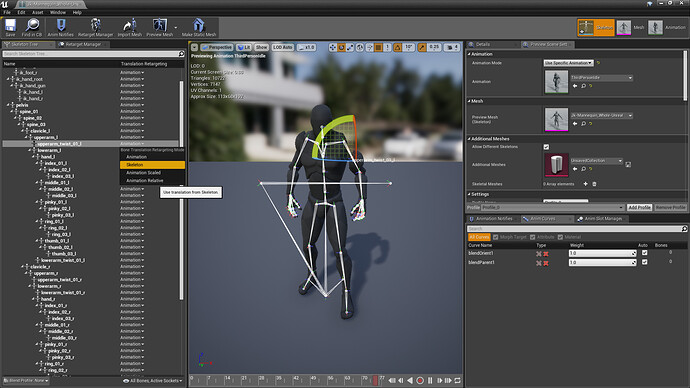 In the options that appear next to the bone hierarchy select “Skeleton” for the offset bones. 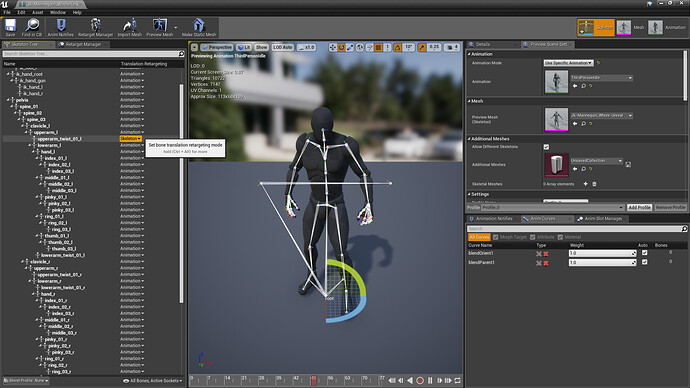 Then save the skeleton and its fixed!

(for me anyway haha)

I hope this helps you or anyone that comes back here.

Thanks for this, I had the same issue.

Thanks for the help! I haven’t touched the asset since I had the issue, can’t say this solved it in my case but this looks like the fix - I’ll keep your solution in mind.

dude thanks so much for this fix! 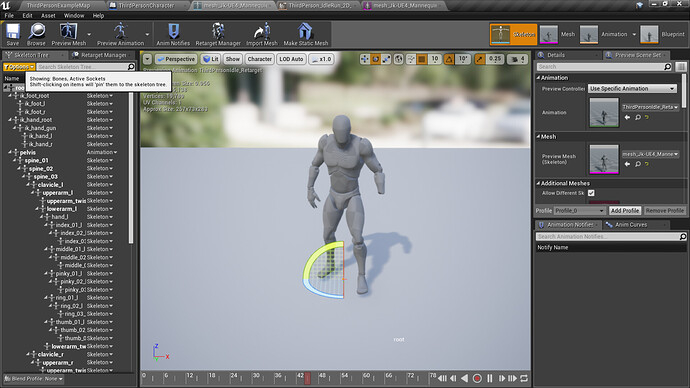 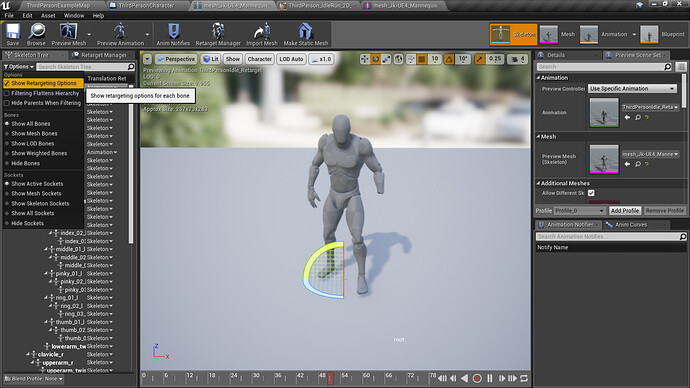