UPDATE: I’ve solved it. For some reason the “ForEachLoop” node was ******** it up somehow. So I just hooked the draw nodes directly to my little “set screen size x & y” node. Now it works phenomenally.

Hello, so I’ve been building a radar based on this tutorial :http://shootertutorial.com/2015/11/10/ue4-tips-plug-and-play-radar/

I’ve gotten it to work pretty good, except for one pretty lame bug.

See those two NPC’s I have standing to the side? I actually have it where they’re both being drawn onto the radar. Now look at the radar. Notice anything? There’s only one dot. One dot. Two NPC’s. But here’s where things get vexing for me… 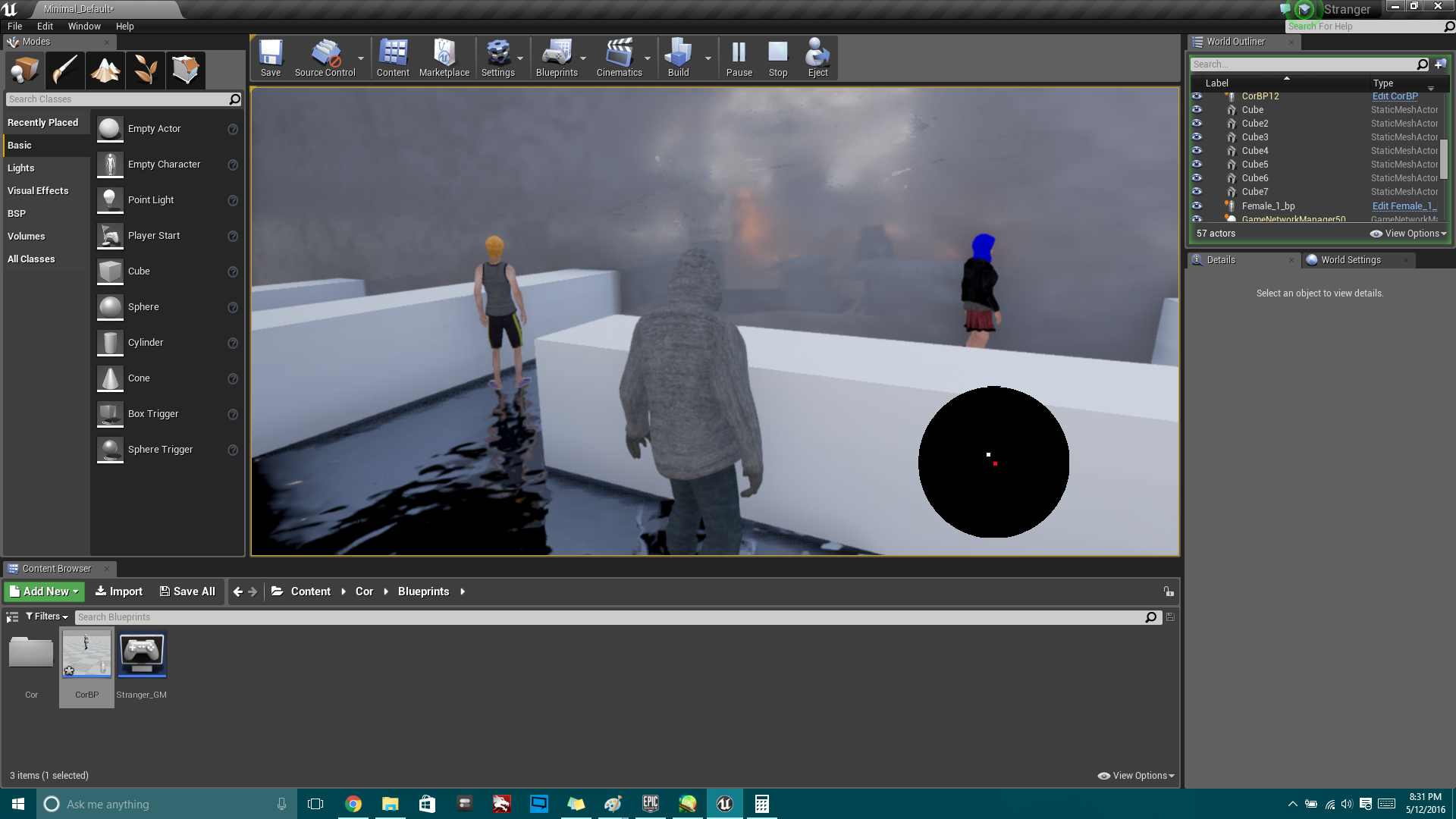 When I take the black circle away, we can see that both NPC’s ARE being drawn. But for some reason only one of them is shown above the radar piece. 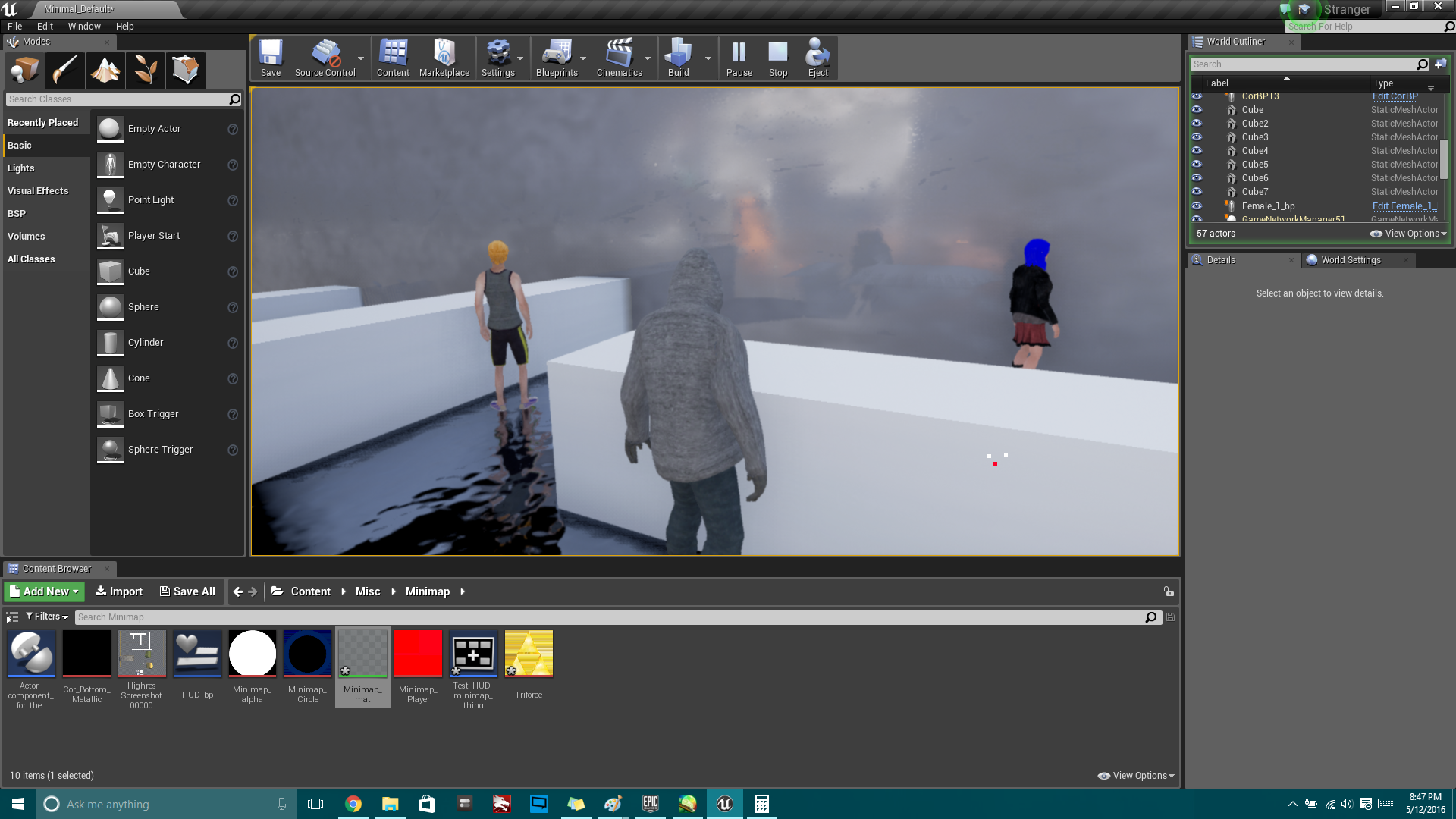 How do I get both dots drawn above this circle of mine? Seriously I can’t figure this one out. I mean I suppose I could just make the circle transparent show you can see the dots through it… but that feels lazy. Any and all input is greatly appreciated.
(Below is a screenshot of my HUD class blueprint) 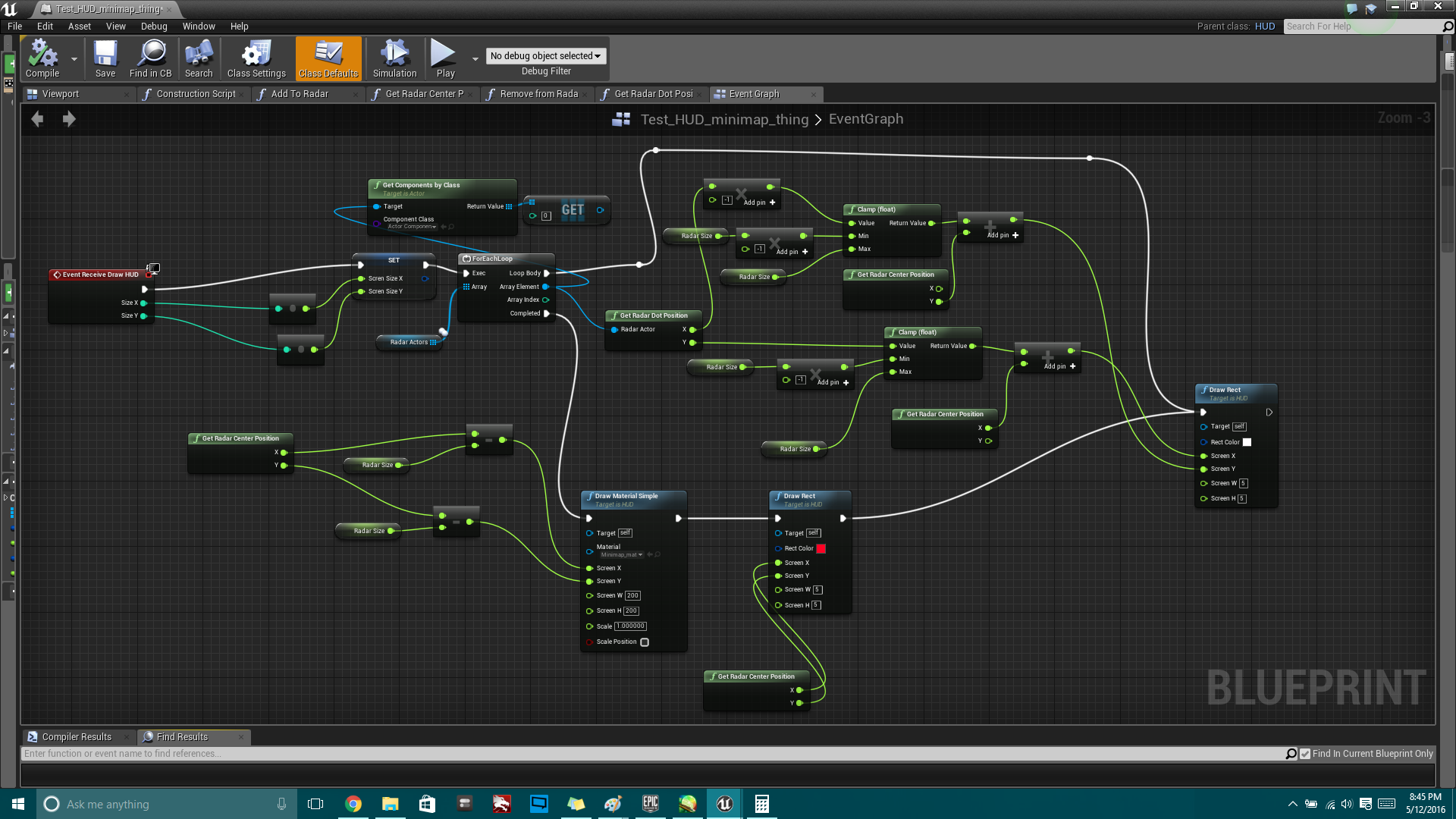 Is a interesting video on minimal.

Your problem I wonder is the order in which thugs are drawn. As in the black circle is being drawn over the white dots.

When I change the order of the drawings, I get this: 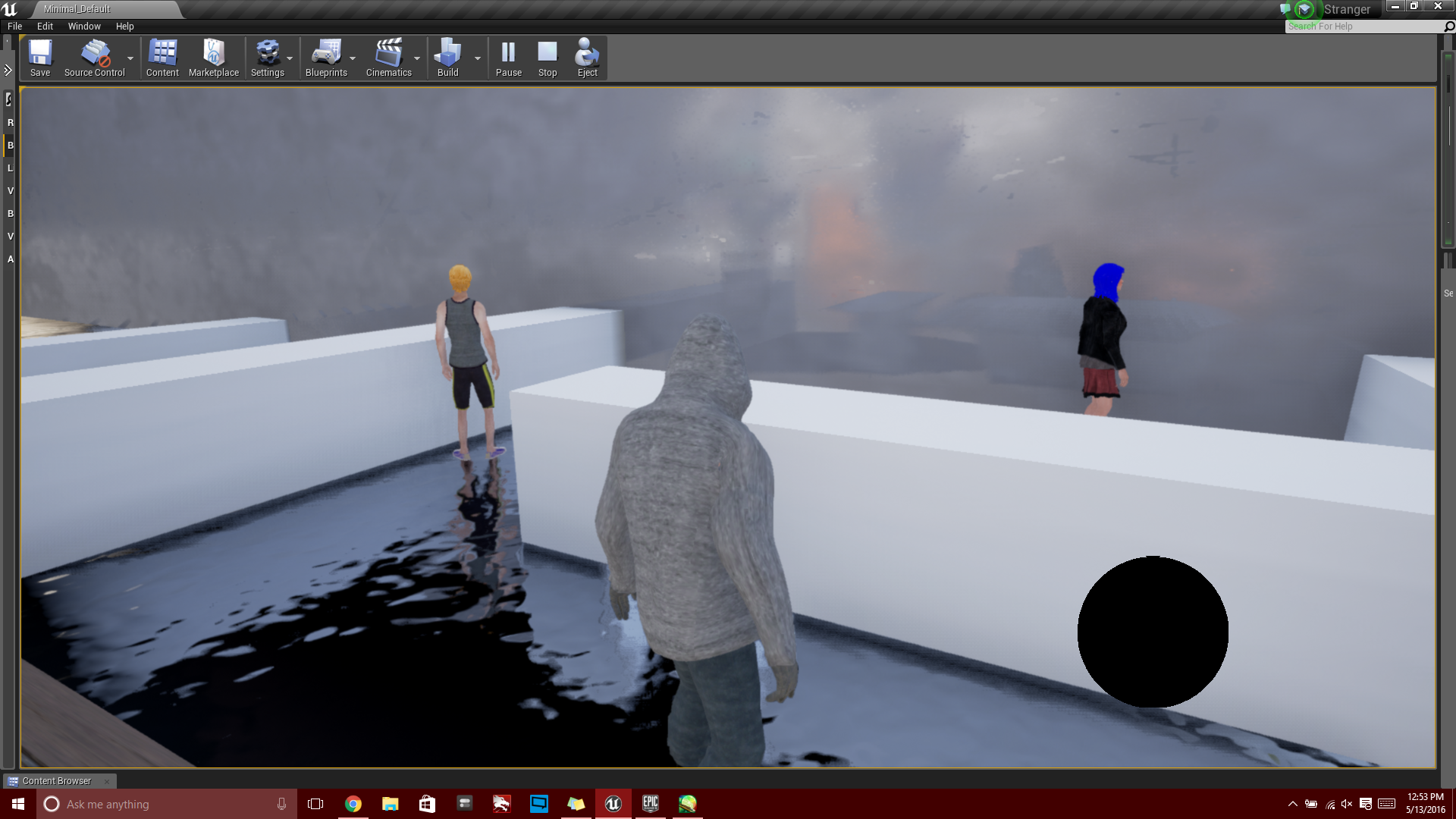 Unless I did that wrong… Heres what I did. 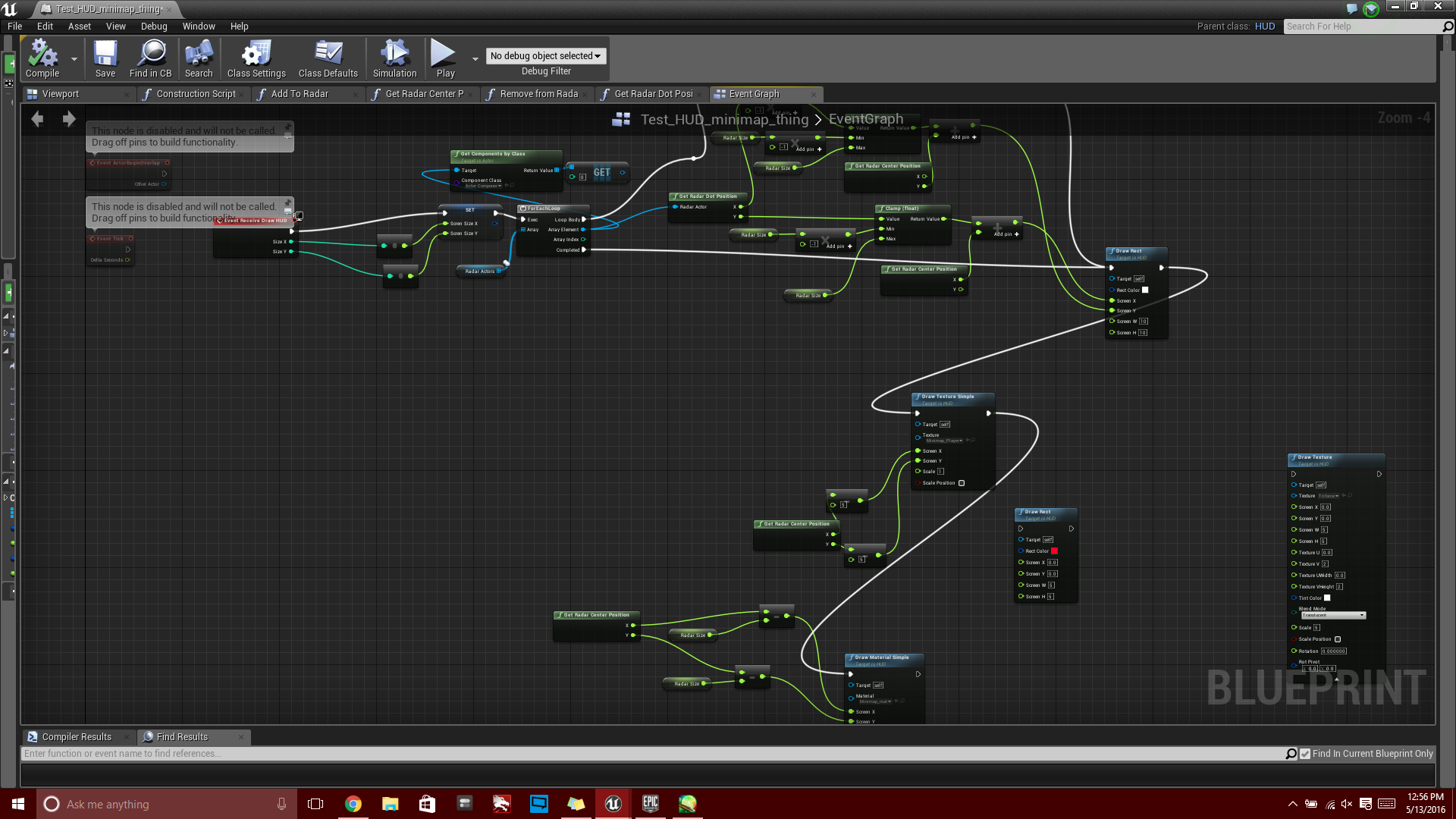 But even if the black circle was being drawn over the white dots, why did one still come through?

Are you drawing the circle first before looping thru the actors?