I am currently working on multiple characters (some designed to fit and use the default UE male skeleton and proportions, others simply using the UE male bone naming convention, for easy retargeting of animations from and to them) and I have a few questions regarding their proper setup as well as questions about the UE4 Epic Male model itself.

1 - If I generate a thirdperson example level, open up the Mannequin character and export out one of his animations as FBX (including the mesh itself with the export) and then open this model in the most recent version of FBXViewer (which is as official a viewer as it gets, since it comes directly from Autodesk), I get this : 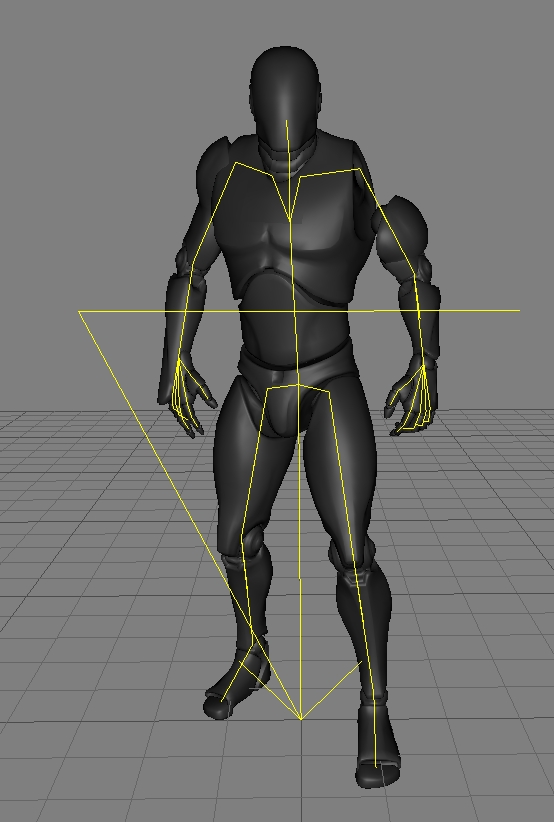 You can see that the FBX file exported out by the engine has some weighting and/or bone assignment issue on the left shoulder, the right forearm, and the feet. If I am not mistaken this has always been the case with the most recent UE male model (by that I mean the glossy cream-colored mannequin as opposed to the blue character from earlier versions).

This issue also shows when opening the model+animation file in Blender, as shown on the feet here (you can disregard the rotated bone representation, as this is just a visual “glitch” that does not negatively impact re-exported skeletal meshes in any way) : 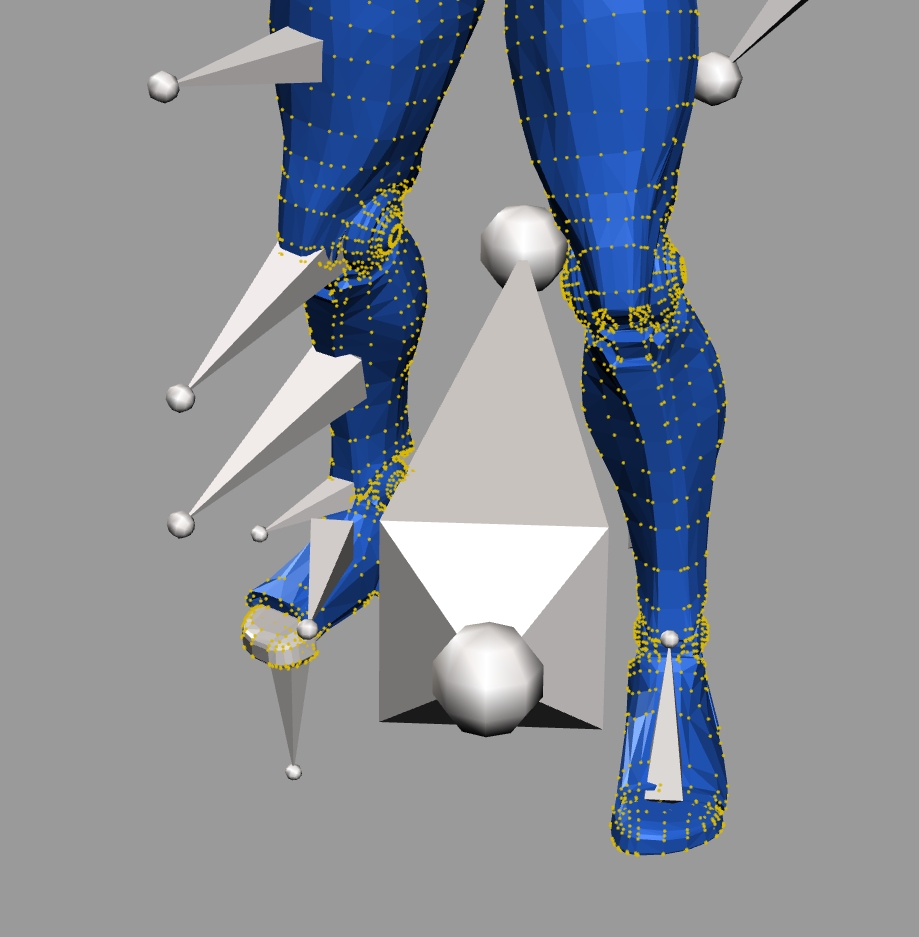 Does anyone know what causes this ? In other words, is there a known issue with the current “export to FBX” feature of the engine, or is that a problem with the model itself ? And does the model show up similarly in other 3d programs (Max/Maya) ?

Also surprisingly enough, if I re-export this seemingly broken model as FBX and import it UE it links up to the existing male skeleton and animations just fine with no weighting/bone issue in sight (white model with the selection outline here ) : 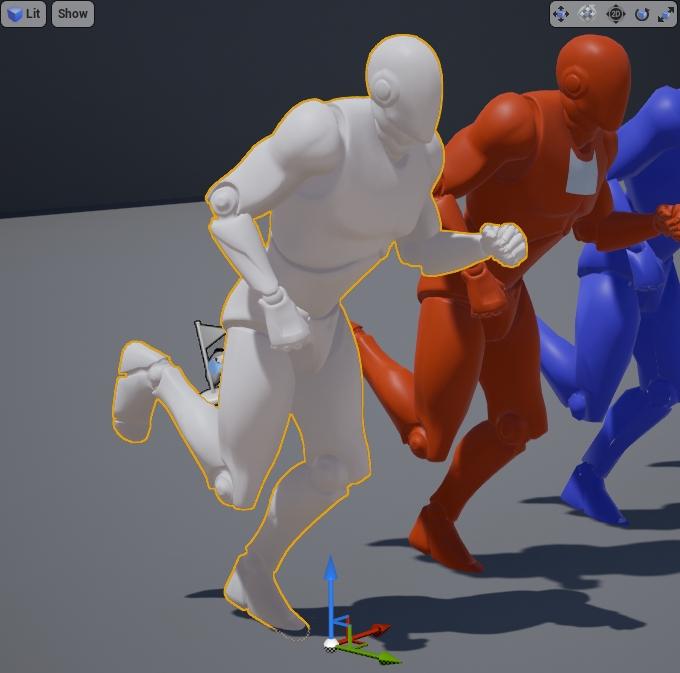 While this is great news, it also puzzles me even further, since something that seemed broken ends up working completely fine. For the sake of comparison I also imported the non-animated skeletal mesh that is provided in the submission guidelines (link here : https://publish.unrealengine.com/submission-guidelines) (shown in red) as well as decimated version of it (shown in blue) and both import and behave just fine.

So that leads me to my second question :

2 - Since there seem to be an issue with FBX sequences exported out of the engine, does anyone know where one can find some clean FBX versions of some of the default animations (Idle and Run for instance) ? The idea is to be able to test out the behavior and deformations of a model before export, directly inside my 3d app. I feel like I cannot really rely on the FBX files that the engine exports out so i would like to find something a bit more reliable (maybe an official FBX file coming straight out of Maya/ART ? Or maybe some files from an animation pack that you guys would recommend ?)

This kind of problem exists because of the retargeting system and I think all those animations are actually retargeted. In UE4 you fix it by setting the transform mode, but by exporting it from there it does not export the “fix”. The only way I’ve found to get past that is to record a new version of that animation inside UE4. When you play back an animation, there is a record button on the playback controls. Use that to record a new animation of that existing animation. This new animation should be fine when you export it and use it outside of UE4. Not sure if there’s a better way to deal with this.

Hi @Obihb, thank you for your help !

That’s very interesting. In a way I was assuming that he FBX export function would directly apply such a “baked fix” (whatever that happens to be) but indeed it probably doesn’t, simply exporting the core animation instead. This is all speculation of course, but I can totally see what you mean with the idea of re-recording the sequence in editor before export. I will try this asap.

I think that’s just it though, it’s not a baked fix. I think it’s just some additional data on the skeleton side to tell UE4 how to deal with it, it’s not a physical change on any of the assets. This is just purely a guess on my part, but I think makes sense to me why this is even an issue at export.

Hi again @Obihb - I just wanted to confirm that indeed, if I re-record the idle animation in editor (thus generating a new animation asset) then and export that to FBX, the resulting export does not show the shoulder, forearm, and toe issues : 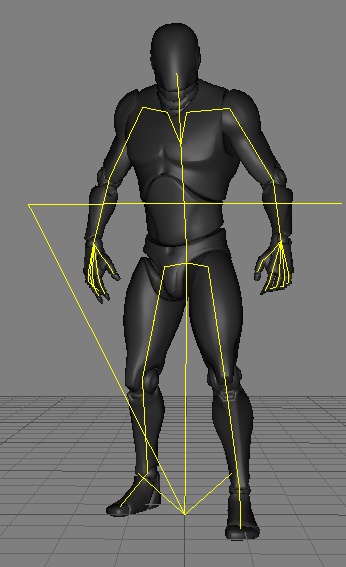 I am still confused as to what is actually going on behind the scenes here, but at least I now have a way to export out clean default reference animations. Thank you for your help !

Cool man, yeah for sure, I really only have theory about why it works. For an actual answer you can probably post to answerhub, maybe someone actually from Epic can give some insight.

My theory is still basically that when UE4 does the fix, it’s only sort of redirecting the fix, or adding a step to the pipeline to fix the problem. This being part of the engine, not a general thing. All assets are untouched. The animation work flow in UE4 is basically non destructive, your assets stay untouched. So when you export it, you export the original “untouched” asset. But when you record an animation inside UE4 it’s done as a final step with any applied additions, even with any other additional stuff you may have done outside of retargeting… or whatever… you know. That’s my theory anyway…