Hi, so traditionally with destructible meshes, mesh destruction seems to be rocky, fragmented, etc. I was wondering if there is a way to make meshes fracture more like a metal object would. Especially from explosive impact. Another question regarding mesh deformation. Could I, say, maybe punch a hole through an object instead of just cracking it apart? Like in pic below. Thanks! 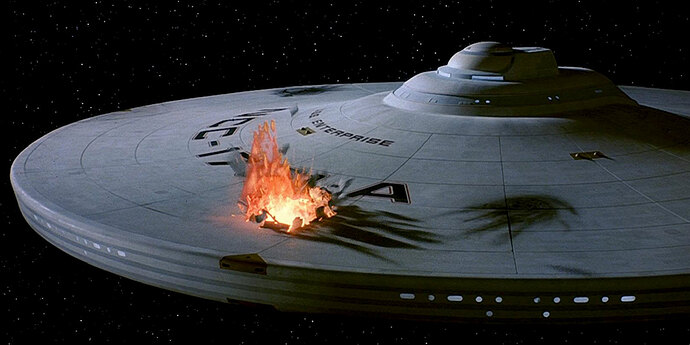 At least the hole thing is possible with using the World Support setting in the destructible details panel. Take a look at this explanation:

But bending outward and not just breaking away…I don’t think UE’s internal destructible mesh creation tools allow that kind of control. Maybe Nvidia’s PhysX tool does, but I haven’t yet worked with that, so I’m probably wong. In the past, these kind of destructible behaviors were traditionally created offline and then imported as one animation, which is of course pretty limiting if you want to have destruction in arbitrary places.

Checkout clips of Nvidia’s tools on YT with concrete exposed rebar and dust etc.
But typically this effect is more Art and Smoke and Mirrors, than actual features…
(Explosion / smoke masks ‘damage’ meshes / particles being spawned into place)

The above said.You have to model/fracture and animate by hand this thing in a external program and import it + some particle effect spawned at the right moment.You coud also import it as a morphtarget/blendshape(forgot how it was named) and animate it with kismet using a slider.(not sure if ue4 has a examaple of that but in udk you have the bledshapes of levels of damage to a vehicle for example.No different than this.)