[Question] Using a .png as a progress bar?

I want to use this image as my progress bar instead of the default normal box. And as the player sprints i would like for the horse to lose color just like a normal progress bar.

So my question is, how would I go about doing this?

Still new to UE so forgive if you answer and I have to ask another question, as I probably didn’t understand something. Thanks in advance. 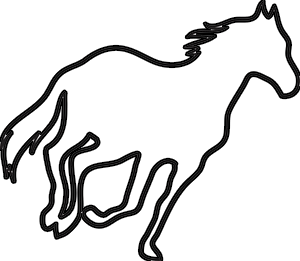 Nevermind, answered my own question again.

Another question since i answered my first question.

Let’s say I use the above image but I colored the tail and head in photoshop and just wanted to use the body of the horse as the progress bar, what do I have to set to do that? because the progress bar is still going after the body gets finished getting drained, the bar goes the whole length of the image, and since I colored the tail you can’t see that it is still going down.

Basically i want the progress bar to only be from the tip of the nose on the horse to where the tail starts, I don’t want the tail to be part of the progress, that is just an added image.