Hi, I have some doubts about a component, can anyone help me?

I’ve discovered a component called “Actor Sequence”, and I found it really useful! But I have never heard anyone talk about it or anything, and even though this component is useful, it looks kinda buggy. Was this component discontinued or something?

Is there another component in Unreal that does the same thing as the Actor Sequence?

Not a component, that’s a pretty unique one. The other option for running a cinematic is to do it in the level through a Sequence actor.

Learn about Level Sequences and the primary features of the Sequencer Editor. 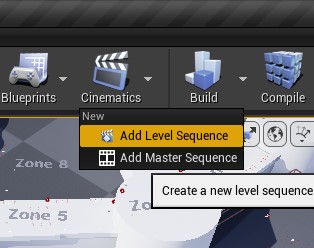 But what’s the difference about the regular Level Sequencer and the Actor Sequence?

An Actor Sequence is tied to an Actor in your scene, and as far as I can tell it runs cinematics on the actor itself or you would need to reference other actors directly in scene through the outliner, I’m not too sure as it’s an experimental feature. A Level Sequencer is a unique actor you can add to a scene and connect multiple actors in scene with scripted events and animations on a timeline. Level Sequencers are not tied directly to the level they’re made for, but you’re able to drag in referenced actors from your level into the timeline. Level Sequencers are also used to sequence smaller interactions in the game, often used for things like dialogue interaction, and other scripted cinematic events that happen during run time. I recommend avoiding the Actor Sequence Component because it’s experimental and there isn’t much documentation or support to help you use it, but the Level Sequencer pattern is very simple to use. Sequencer Basics | Unreal Engine Documentation