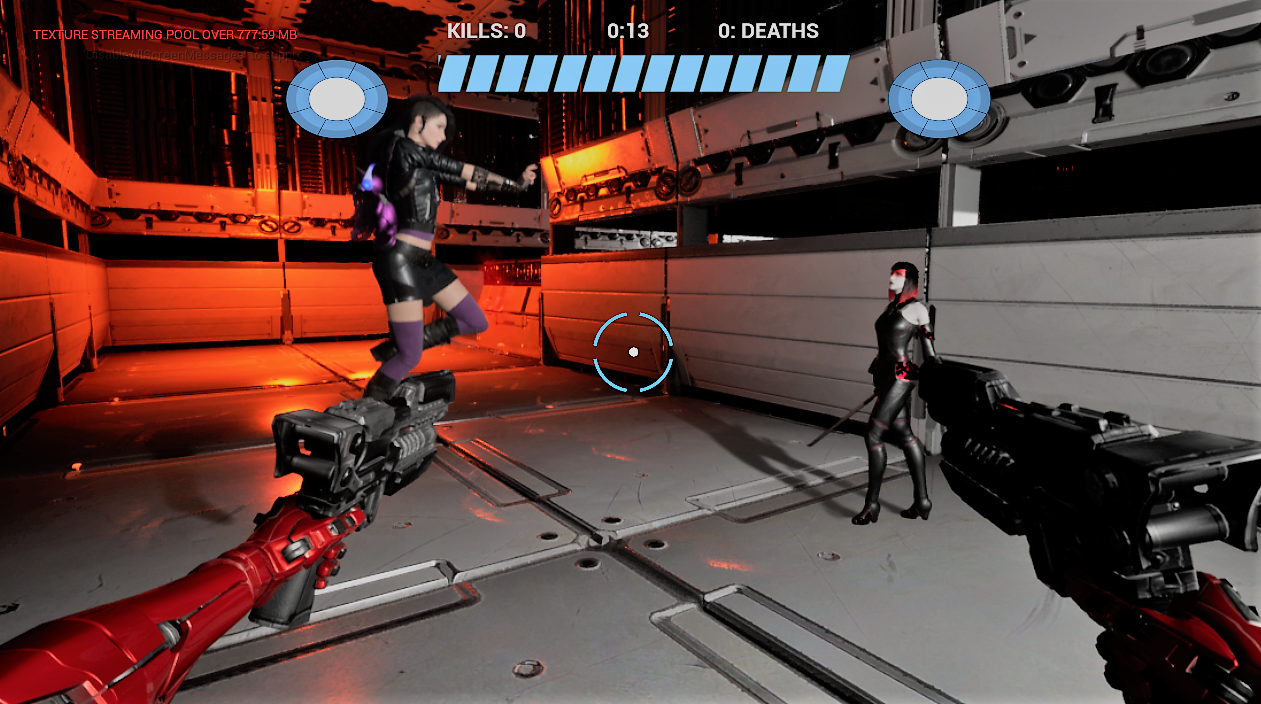 Project “Twin Blaster” (WIP Title) is an online fast pace multiplayer hero FPS currently in development. The concept of the game is to allow VR players and non-VR to face off.

Currently Twin Blaster is still in prototyping phase and posting will be updated regularly.

Just a small clip of a work in progress menu and characters available.
https://youtube.com/watch?v=UcPZBMIGuTw

The current version has 3 characters with abilities. The characters will keep their Paragon identity and game lore.

This game is currently being work by me only. I know I’m taking advantage of the free asset but I’m no 3D animator/modeler and because I’m developing the game on my own this is the only way I can make this game work.

Phase will have the power to fly and shoot down her opponents from the sky. Giving her complete distance to her enemies.
She pushes all opponents near her away and is stun immune while giving her distance to blow up enemies and not herself.

“Twin Blast” Ability Digital Sight allows him to see opponents through walls. Giving him an advantage over his opponents. VR players can control it by looking at where you want to land it while non-vr players controls it with mouse.
“Twin Blast” Digital Snipe allows him to snipe enemies through walls that does more damage over distance. With a successful Digital Sight he can easily target enemies from anywhere on the map.

■■■■ that menu effect looks amazing, good luck on this project!

Why is dam not allowed