Finally VR HMD’s have been released, and the recreations I have been working on for the last few years can start to go out to the public.
Background: Two years ago, soon after UE4 was released, I created a video of the Tower of the Four Winds from the 1964-1965 New York World’s Fair, and put it up on Youtube. I posted about it in the forums, 1964-65 Worlds Fair: The Tower of the Four Winds, and Epic mentioned it in their spotlight potion of their Thursday stream the next week.
In November of that year, The Walt Disney Archives asked to use the same video in their main exhibit at D23’s Destination D, Florida. If course I said yes!
The next spring the Archives asked if I was interested in giving a presentation at the D23 Expo on the recreations I had been working on. Outside of the Tower of the Four Winds, I had completed 2 major recreations, four minor items and two major, nearly completed projects.

Here’s an overview of how that went:
UE4 Forum Post- Bringing the Past Back to Life- Recreating Disney’s History in a Virtual Setting- D23Expo

Now I can finally start getting these out, and the first one is, Project: Fairwinds. In January I finally broke down and gave in to putting the Tower back in the World’s Fair. I didn’t want to do this before, as I felt that I would have to create all the buildings around it, and people would pay more attention to them. But in January I figured out that I could make the surrounding buildings in their basic shape, and single color, leaving the focus on the Tower. Thus, the Tower was going home! Even Bill Cotter felt that doing it this way was the best choice. Nice!

I had interviews with World’s Fair experts, including Bill Cotter, and also interviewed Rolly Crump, the Disney legend who designed the Tower of the Four Winds. Segments from one of Rolly’s interviews are being used in the app, allowing people to listen as Rolly talks about about the Tower, from Walt Disney assigning it to him, all the way to when it was torn down at the end of the Fair.

I have a rock solid 90fps on the Oculus Rift, but I don’t have a Vive yet to test against. Maybe soon. It will be released for PC, Mac, Oculus Rift and HTC Vive, with public testers later this week, and full release shortly after. 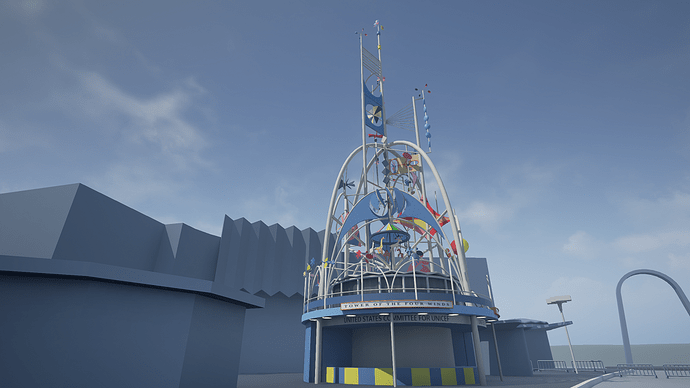 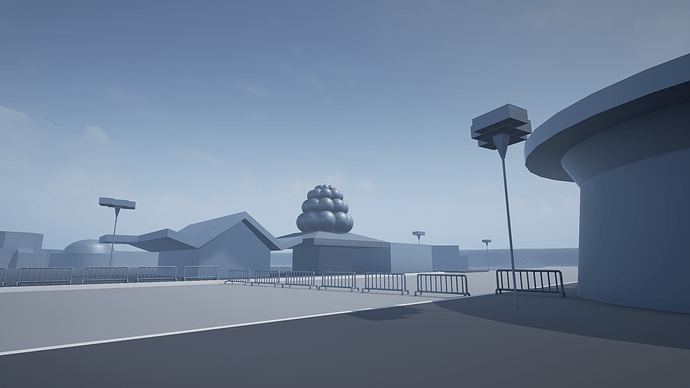 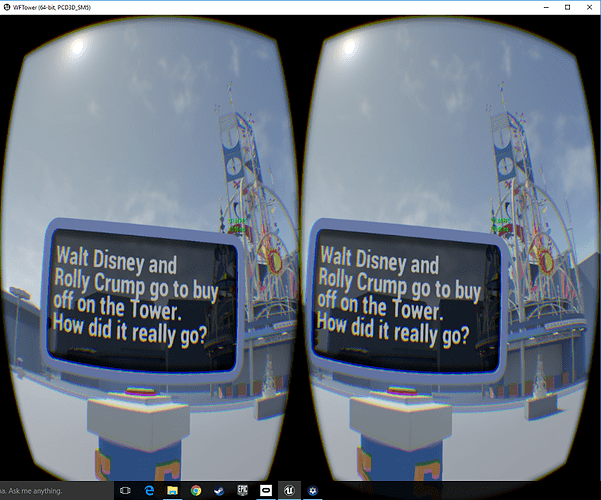 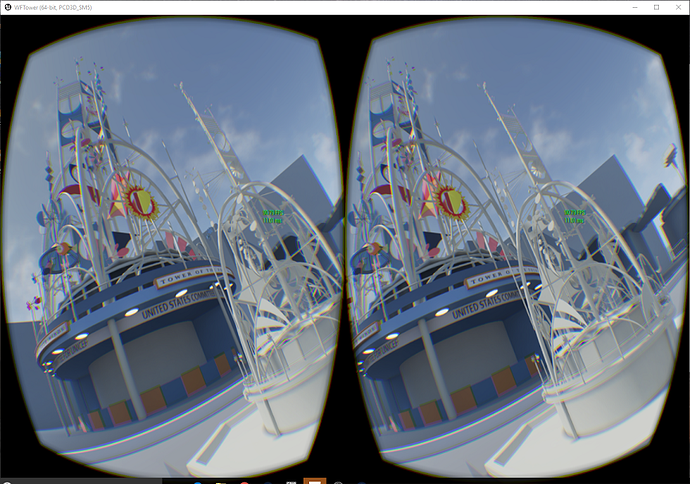 Looks really interesting! The main bit shown in the screenshots is very colorful and nice looking.

That was done on purpose. I wanted people to be focused on the Tower, and not necessarily on the rest of the Fair.

If anyone cares to try it out, here you go. I don’t have a Vive, so it may be sketchy.
https://www.amazon.com/clouddrive/share/OpmC5fhV76BfF8Y8YMBHQh4uQMJv1n6qzDWwKYnjyDs?ref_=cd_ph_share_link_copy