Diode is a project I have been working on during my free time and weekends so updates are a bit slow. Trying to tackle each functionality feature one by one before I actually start building any legit content for it. I’m using Super Grid from the marketplace to get some rough shapes that when combined make cool silhouettes. The first phase is concentrated on player movement and function. Next on deck is AI.

Here is the latest walkthrough of the prototype sandbox. 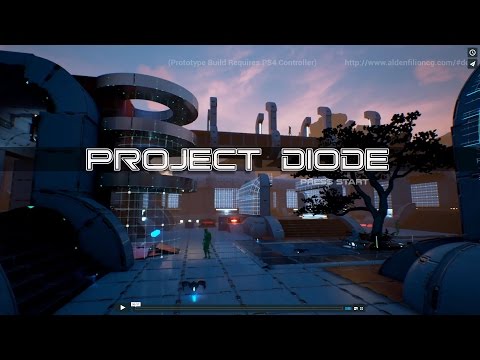 looks really good, and the map is blended very well, (i cannot tell which packs you used)

That looks stellar. The camera lag makes the movement “feel” much better. Ive been working on a responsive but good looking locomotion system, that you might want to check out.

https://www.youtube.com/watch?v=q6i7FoT-SYA - Heres a link to my video I made a while back. I think that style of movement would work well with what you are trying to achieve but idk.

Thanks! Loving your work too!

Im working on making a third person / true first person system at the moment. So far its working out well. My main goal is to give the player as much control as possible with high responsiveness, while maintaining visual quality. A major problem with third person shooters is that they often lack the level of control of standard first person shooters. Many of them use a lot of root-motion animations and other animations that break gameplay, or at least add a layer between the user input and the character movement. So Im trying to eliminate all of that, but I still want it to look good.

This looks rather interesting, looking forward to seeing where it goes. =)

Starting to layout the town using SuperGrid. A couple objects that are grouped refuse to bake…they will get nuked soon. Experimenting with spacing and back tracking also general line of sight in regards to draw calls and performance. I think I have a good base for a playable open space that’s going to be relatively easy to keep in check…once it gets meshed out. 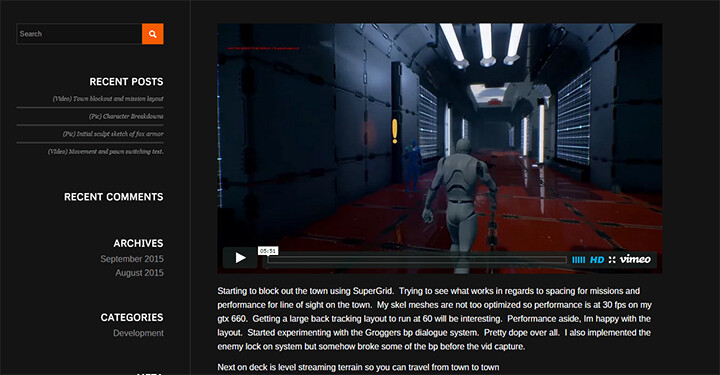 Keeping the learning train going. I got anims hooked up, trying to learn about state machines…half of it was knowledge retained, the other half was pure luck that I actually hooked up the right stuff. There was definitely a lot more learning going on for this iteration round. Still fighting the urge to make some cool art, but I want to nail down base mechanics first.

Wanted to post some updates from this weekend. Started building the main character high poly mesh and setting up some target renders for the shaders.

Also recorded new footage with some new functionality. Don’t judge me on the hud typos…it was late 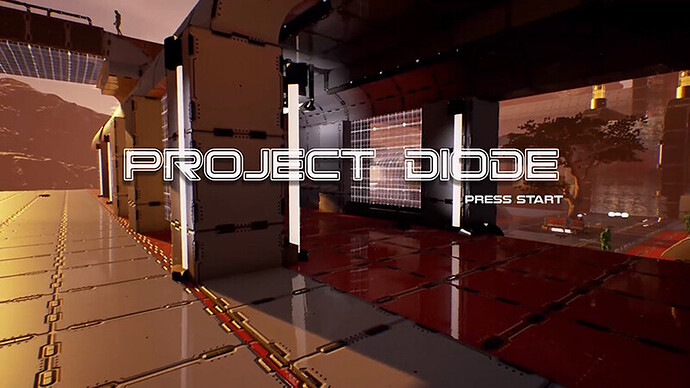 I updated this thread to show the latest videos on the first post. Let me know what you guys think.

I’ve started doing some shape exploration for the first fodder type enemy called “Quad Octs”. Just a quick one hour doodle in Max. I’m digging where it’s going, so I think I’m going to follow the rabbit hole in and make it.