CheekyFPS is a barebones first person controller I put together, mostly for my own benefit prototyping different ideas and wanting a basic (as few dependencies / clutter as possible) but nice-feeling project to start from. I figure someone else might benefit from this too, as most first person projects I’ve seen are either trying to be an all-encompassing game template, or are just too sloppily coded to be a good starting point.

You can grab the project from Github here. 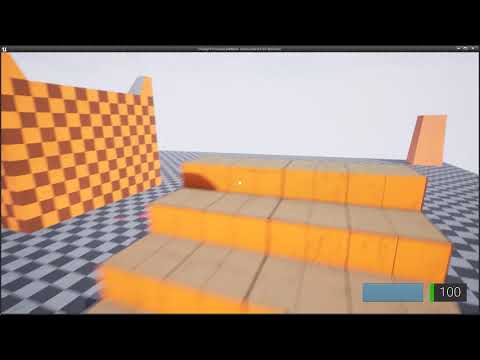 I just grabbed this and checked it out. Looks very useful! Thank you.

Amazing Stuff!!! Thank you!!! I am very grateful for your selfless dedication

Funnily enough, someone else just asked for this as well - so I’ve added it in the latest update! It now has a 3-way stance system for Standing, Crouched, and Prone. Unlike the old system, it will also handle multiple inputs nicely i.e. trying to uncrouch where there isn’t space, and immediately crouching again, will keep you crouched.

Not sure about Vaulting / Climbing etc. yet - it’s a bit outside my intended scope, but also, I’m not sure how to do it cleanly. My attempts in the past have been a bit hacky when it comes to actually moving the player around (detection is fairly straightforward)