procedural room generation similar to The Binding of Issac

Hey my team and I need some help here. We have a lot of stuff already finished, such as shooting, enemy spawns, weapons and upgrades, health and stamina. But we are Very stuck on level generation. All of us have watched a lot of tutorials and tried a bunch, but we seem to be pretty stuck on how to make procedural level generation work in unreal. We would like to have the ability to make several rooms that have certain aspects we like, and then have the engine at run-time procedurally place all the rooms in different layouts. This way we can make sure that each pre-made room has spawns in the places we want, and the game would add the corridors on its own. Haven’t really found anything for unreal on this, but there are so many tutorials on this topic for Unity, and my team and I are possibly looking at switching engines. Which really sucks cause we love the Unreal engine and community.
The image Attached just gives an idea of what we are trying to do. At the top are the pre made rooms and the bottom shows how they could all be thrown together to make what ever combination we would like. Now the red is the corridors that we would also have made to act as the connecting parts.

Any help would be wonderful.
Thank you!

For this you’re going to want to start by looking at grid systems. So divide your space up into co-ordinates and then use those co-ordinates to spawn your rooms, presumably starting from a logical start point. Your going to want to have some sort of collision detection so that rooms don’t start impacting each other but shouldn’t be too difficult. Depending on how you setup your rooms I’d look storing their x,y, size, or shape as variables so that you can use this when spawning the rooms.

I’m not near a pc right now to demo anything but I know there’s a training vid from Unreal on procedural generation on youtube that covers basic grids, you can download that project in the learn tab too.

If you are stumped by this issue, maybe looking at something third party might be a good idea.

There is a plugin on the marketplace that does dungeon generation rather well with a brilliant amount of customizability for design and layout.
Maybe that could help you: 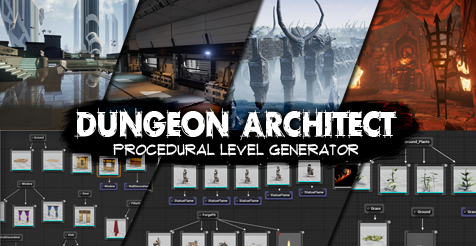