I’m working on some procedural generation experiments. I recently added the Accidental Noise library to a project and began playing around with generating some 2d terrain.

Here’s an example of caves : 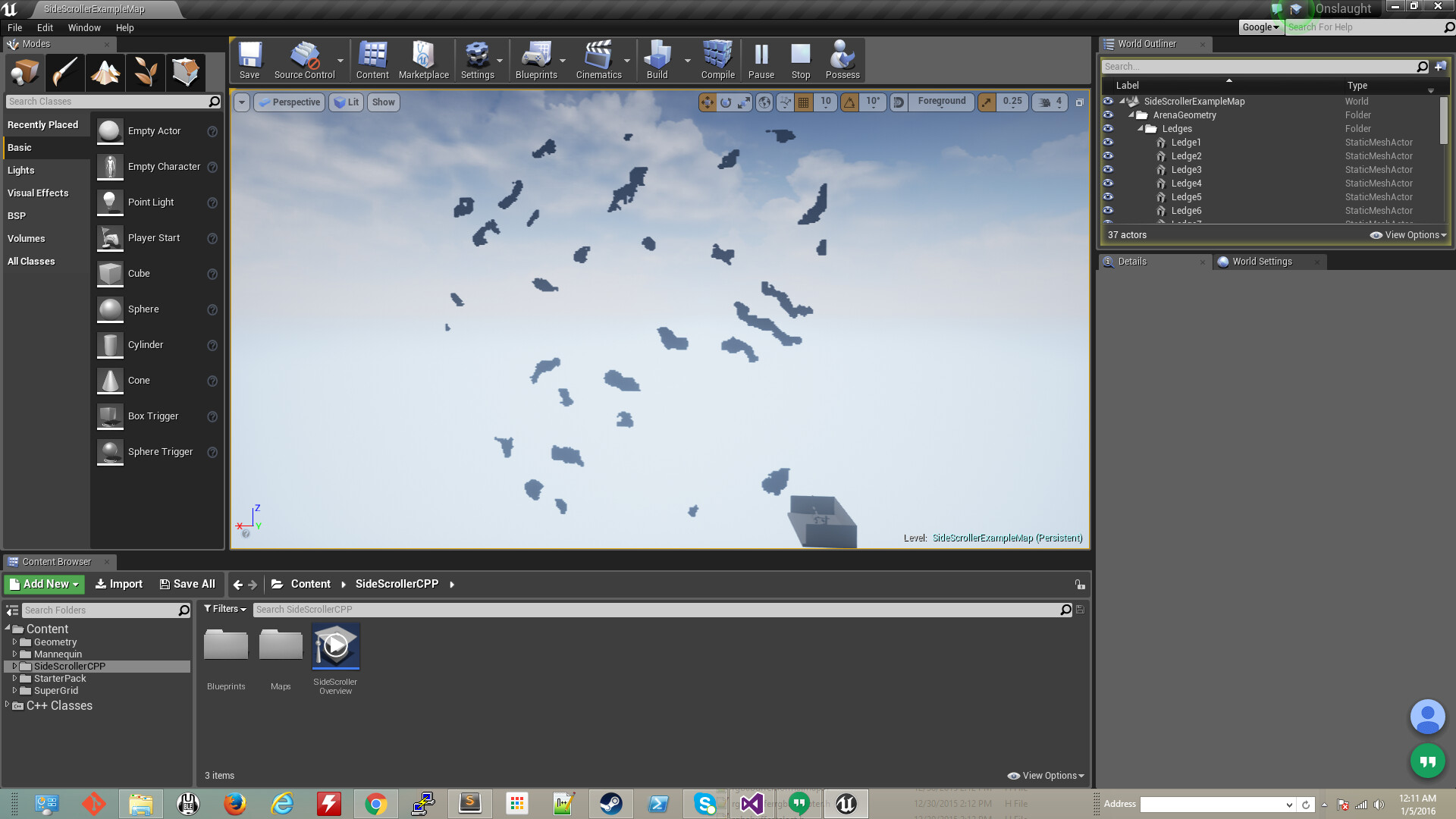 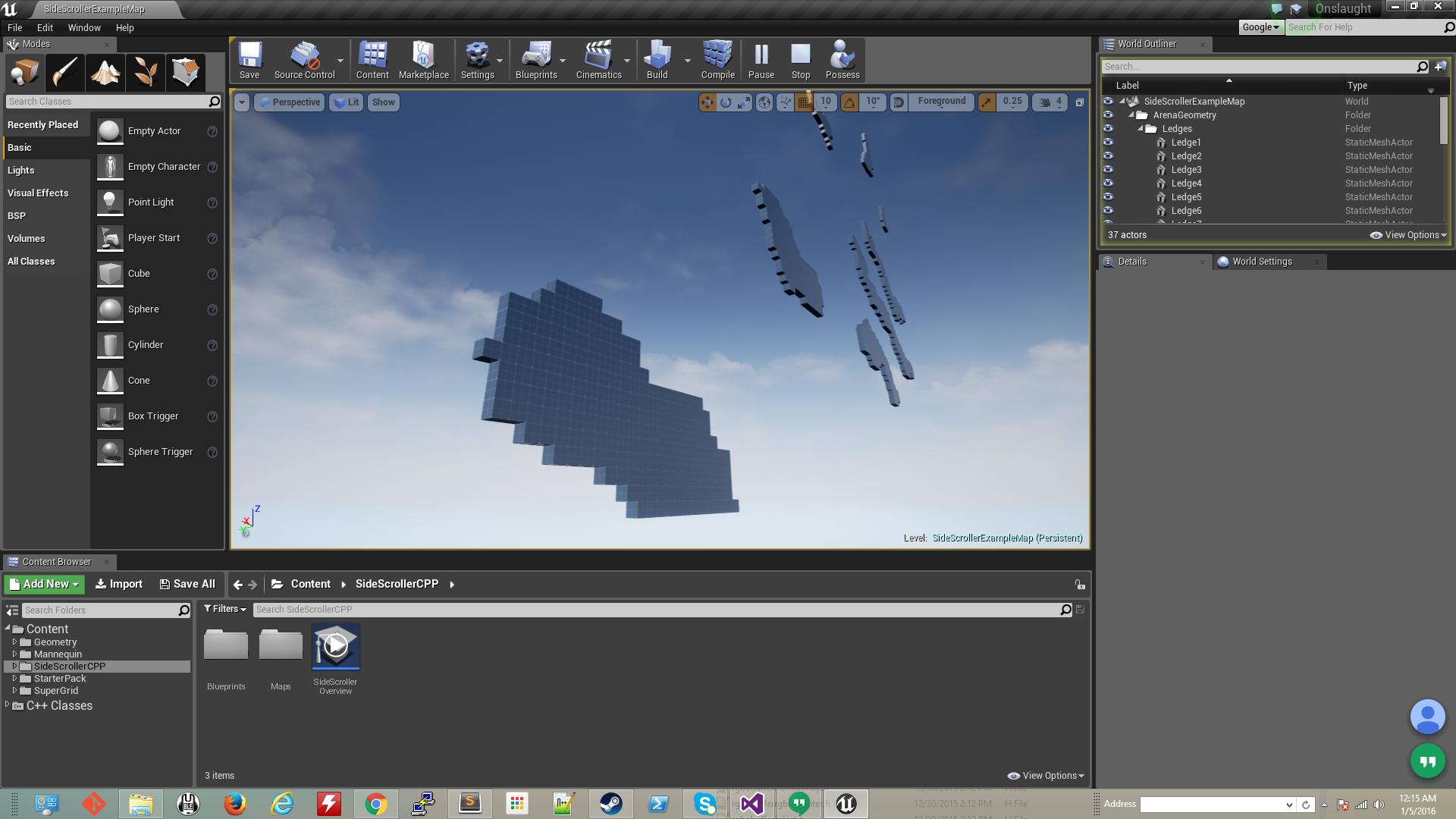 I’m going to generate mountains, lowland & highland terrain tomorrow and throw it all together. Should have something pretty cool I can begin experimenting with. 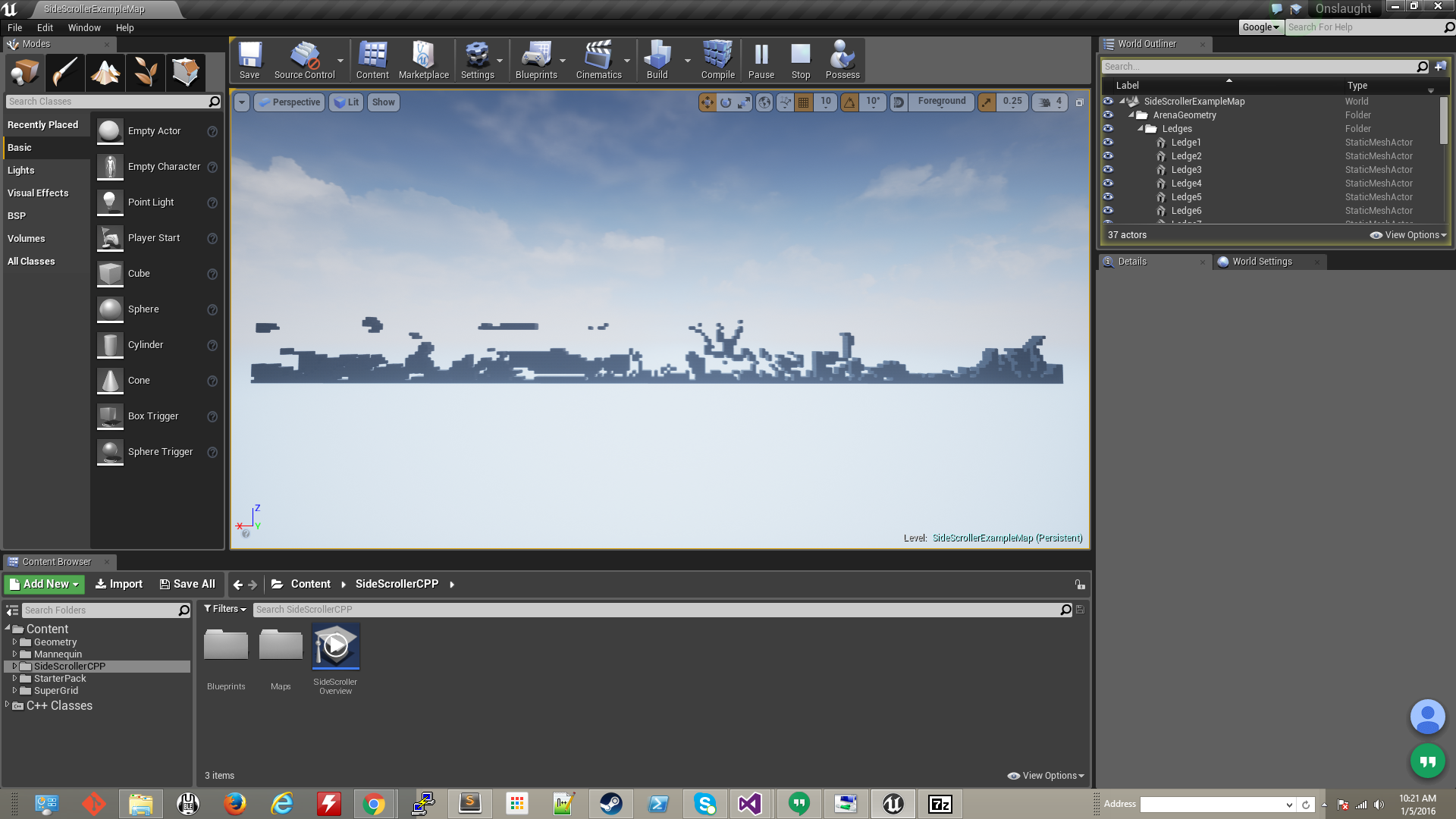 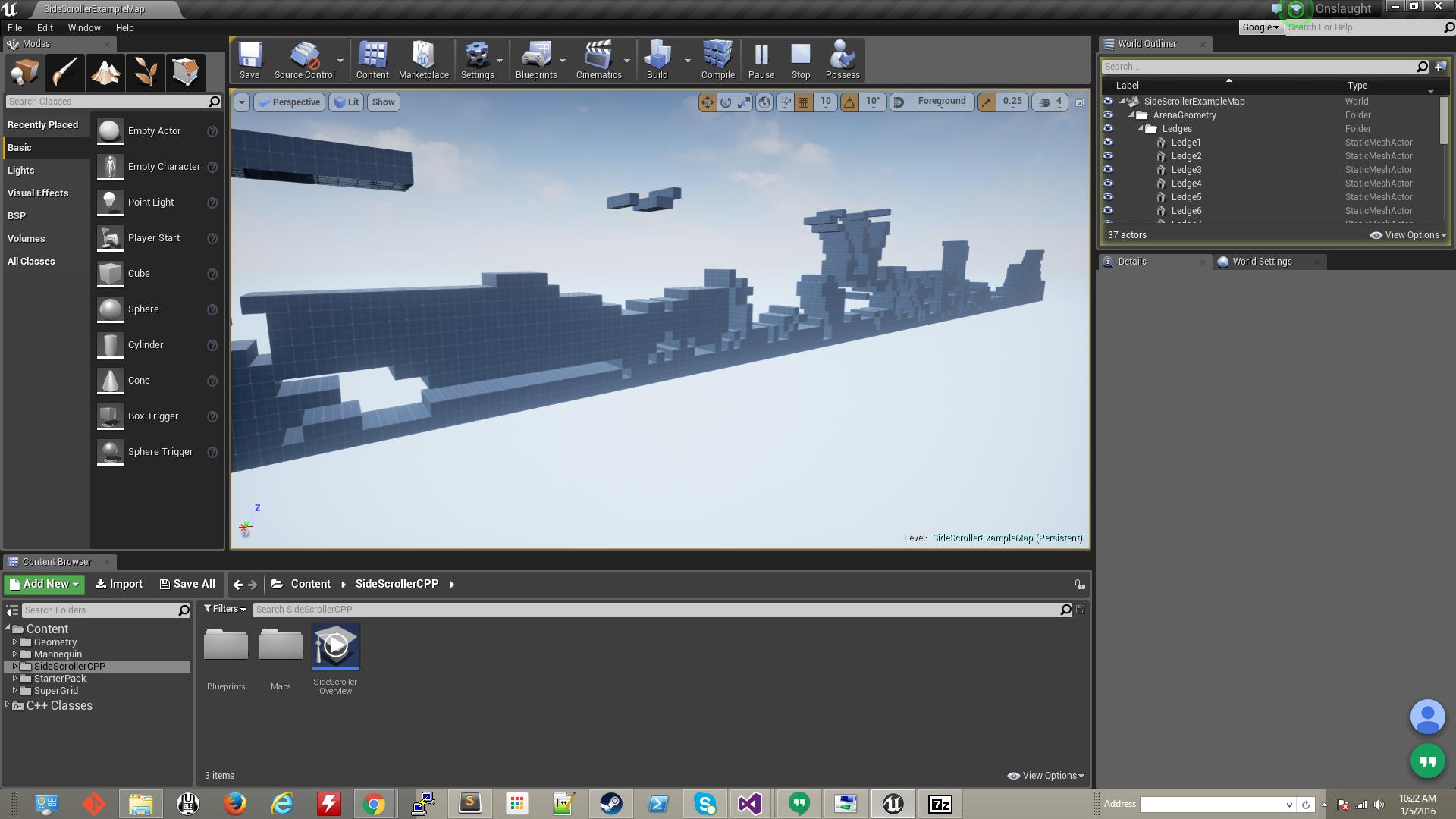 Shouldn’t have random geom floating in the air like that but it’s just an issue of my misinterpretation of the noise function, not the noise generation itself. I’ll fix later and post up some new images once I add some new features.

Still having some issues with caves it looks like, but it’s getting there. 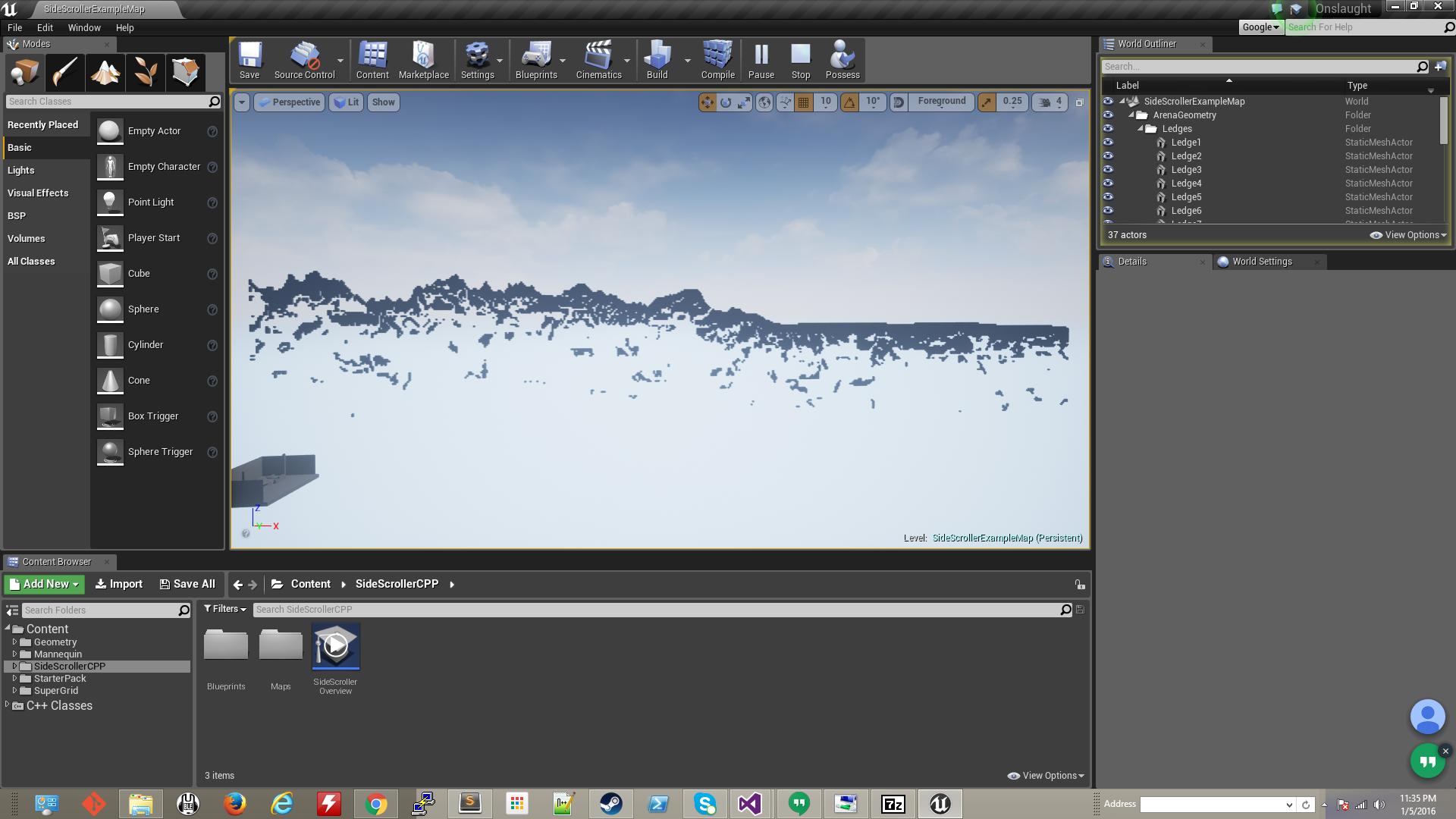 While I work on fixing the caves, here’s some shots of terrain without caves being generated w/ random seeds : 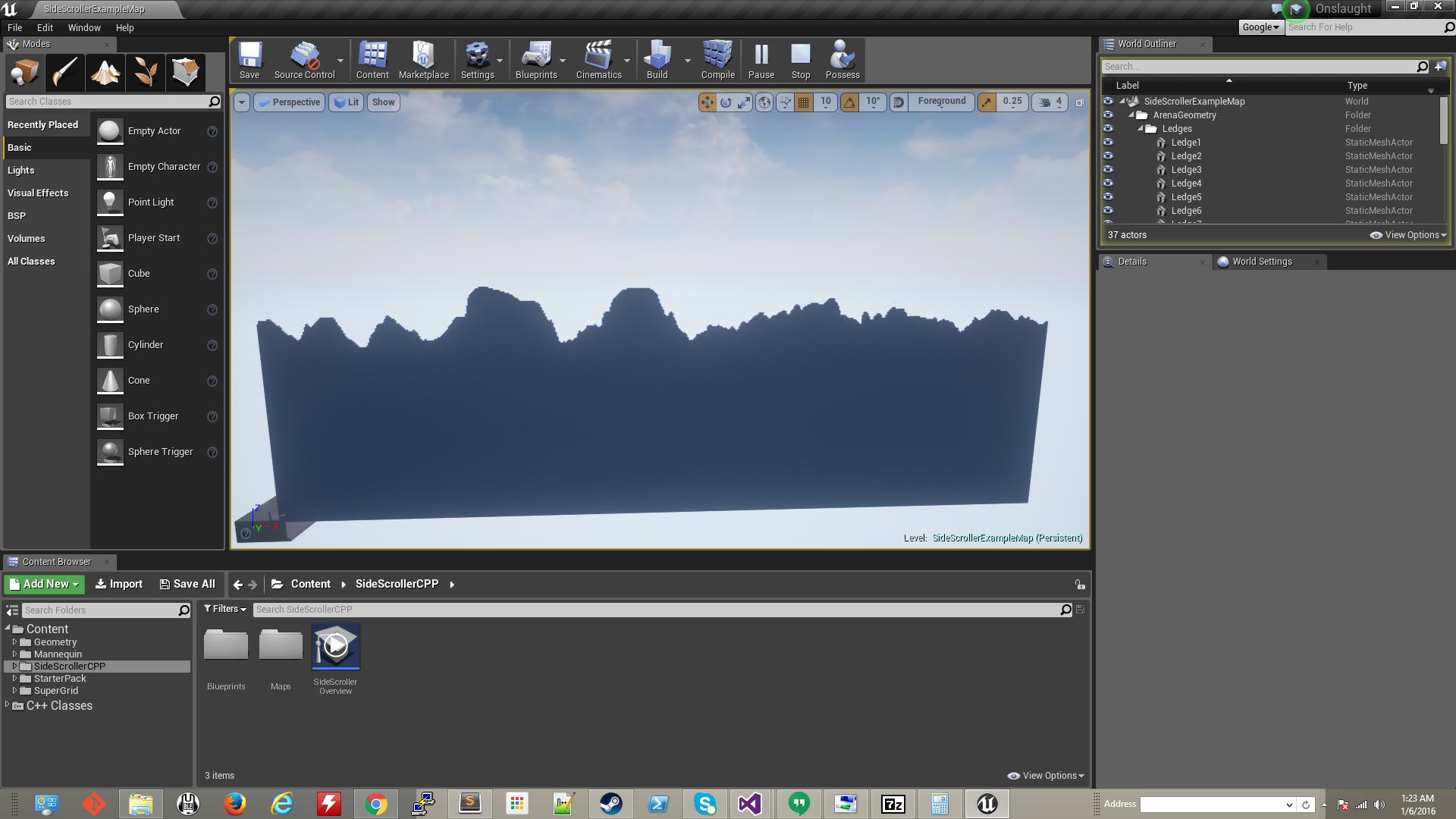 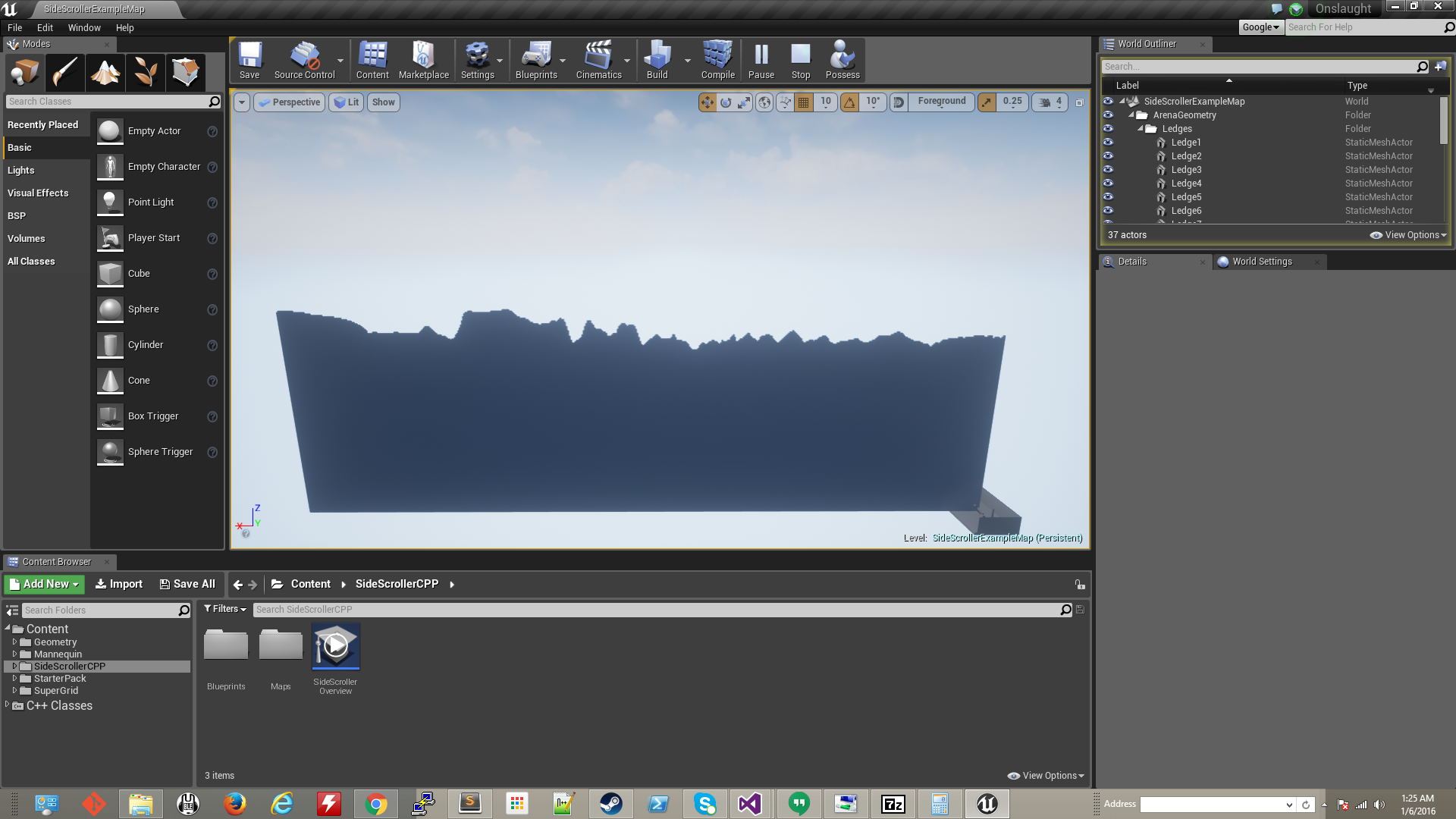 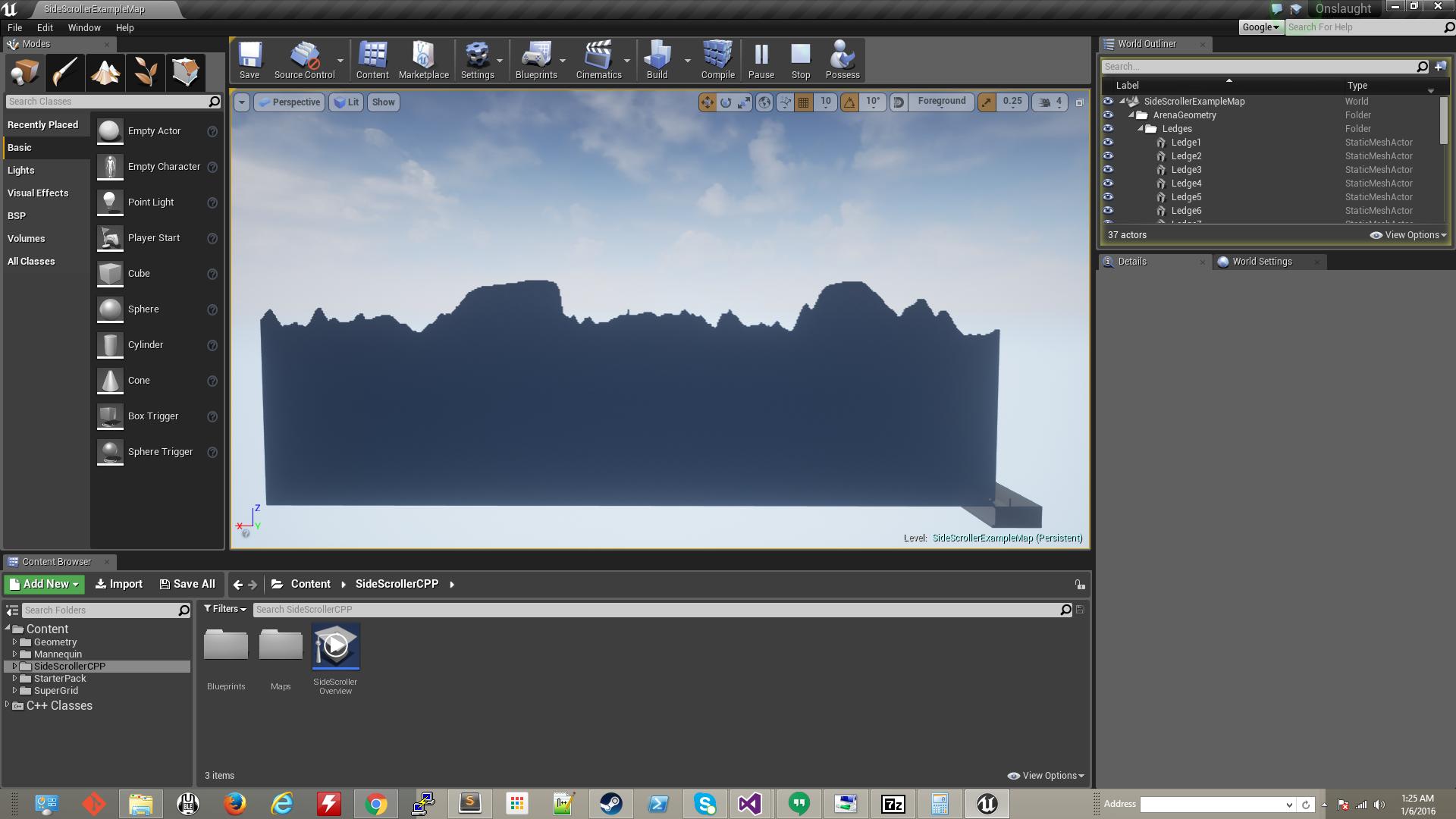 Once I get caves sorted I will begin layering the terrain with different types of materials - grass, dirt, bedrock, etc… I then plan on working on destructibility. 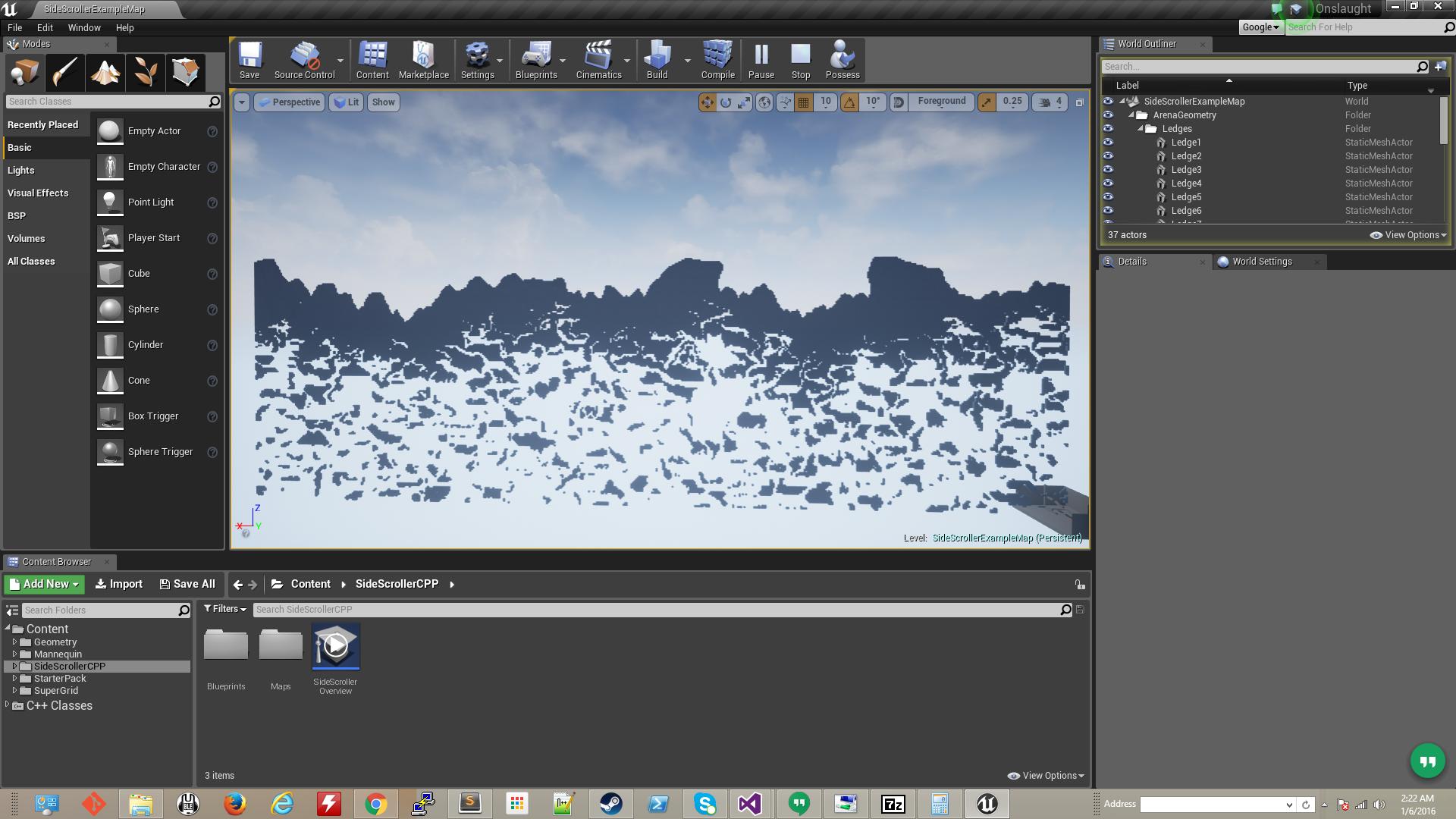 Parameters could use some tweaking to get some more desirable results but it’s starting to look halfway decent!

How did you instantiate your mesh for make the wall of cubes? Im trying to make a maze from cubes like a laberynth from a static mesh? (well Im on C++, thought I accept suguestions)

A component that efficiently renders multiple instances of the same StaticMesh.

I can provide more details / code examples if you need but that’s the component I used. Then just relative offsets from the component’s original position.

I for one would love more details on this if you’re still around and willing. Would love to see the blueprints.