I’ve been having a lot of problems transferring things I make/animate inside of Blender to Unreal Engine.

this started about 3-4 months ago. I’ve been trying to animate a car I have rigged inside Blender (RIGACAR), and I can spend actual time animating. however, for the environment, I’m trying to use Unreal Engines abilities to my advantage.

this is where all of my issues are coming into play.

I am trying to animate inside of Blender and use Unreal Engine to render my scene and animations, there are tons of youtube videos and information out on the internet regarding blender and unreal engine but it is mostly geared towards character animation, and an extremely small portion is made about rigging other things

as far as I understand I need to bake the deformation bones and then export the scene as an FBX. which is simple enough, and I’ve tested this by exporting and re-importing the FBX in Blender and it looks perfect. when I import the same FBX to Unreal Engine. all of my transform data is wrong. tires are rotating around the wrong origin point. the car movement barely follows the path I set in Blender.

I’ve reinstalled both programs just so I had a clean default base. it seems like this is a scaling problem or simply my origin points are not staying the same, or maybe the wheels arent parented correctly but I’m not sure.

here’s what the test animation in blender looks like:

here’s what the same animation imported into Unreal Engine looks like:

Here is the project file:

like I said. I’ve been at this for 3-4 months. over 100 exported files all with different settings. NO progress has been made with this. I am at a loss. Any help would be amazing

I am trying to achieve the same thing like you. No success so far.
There is a new tutorial video released about a month ago; spotted it today and haven’t tried the entire process yet. 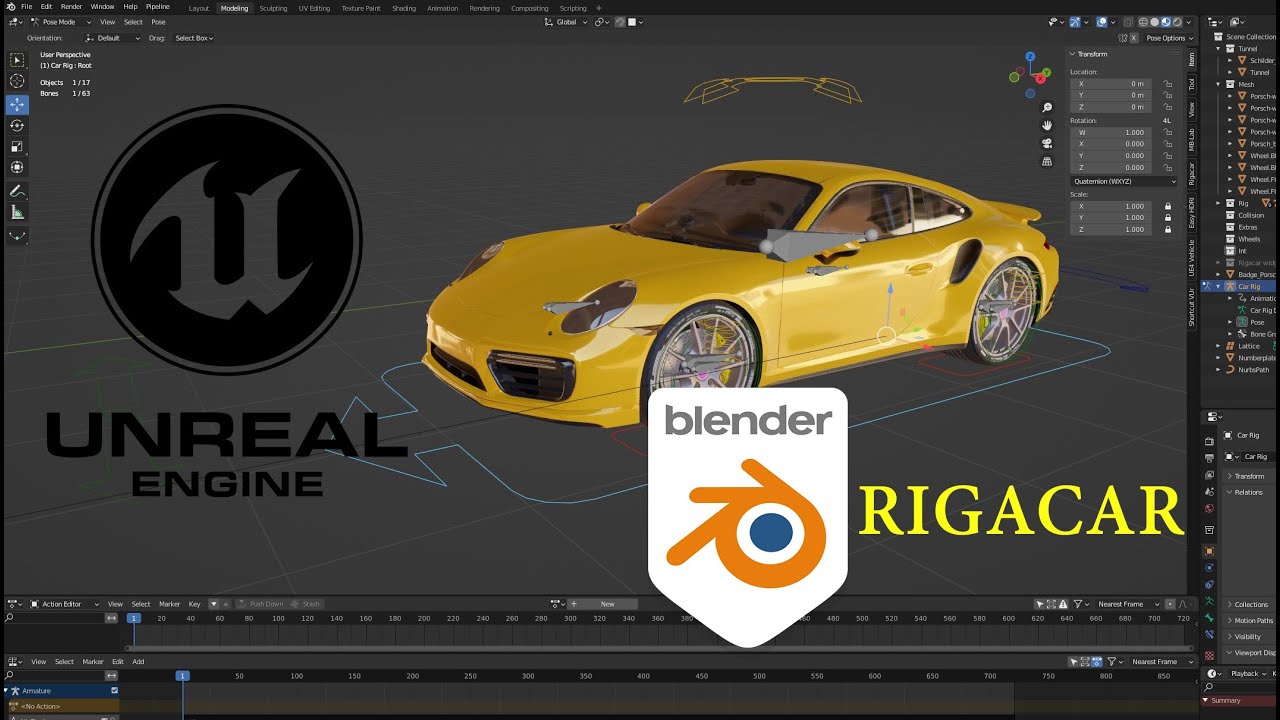 Hi, I don’t know if you actually got it figured out ever, but Unreal requires specific export settings be enabled in Blender, in order for it to make sense in Unreal. For the tranform settings, you need -Y as forward, and Z as up. For armature settings, uncheck “Add Leaf Bones”, and in “Bake Animation”, uncheck NLA Strips and All Actions. Optionally, you can also make sure that it only exports things that you highlight in the viewport, so you don’t get all the extra stuff that may not be visible within your scene, if you don’t want it.