Problem with the Button Feedback (Mouse and Keyboard/Gamepad Setup)

I know how to make my life complicated…

So I’ve been working on the menu for my codenamed game, and I just realized, that I need to have the Keyboard/Gamepad Input for the menu set up as well.

And here comes the problem, the button hovering feedback.
For mouse it works just fine, but I don’t know how to set it up for the Keyboard/Gamepad, to make it act hovered, same as the mouse. Anyone can help?
Please?

Note the printed string on the top left corner 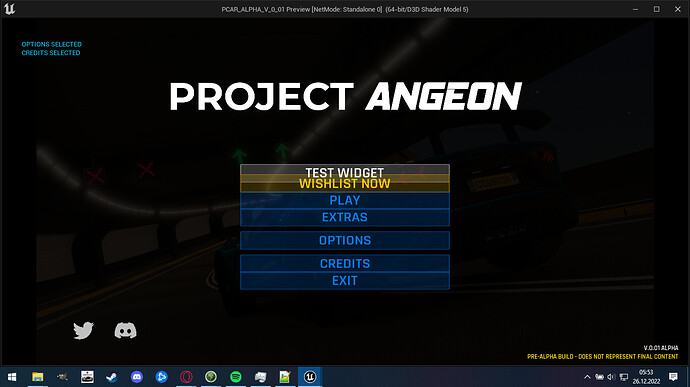 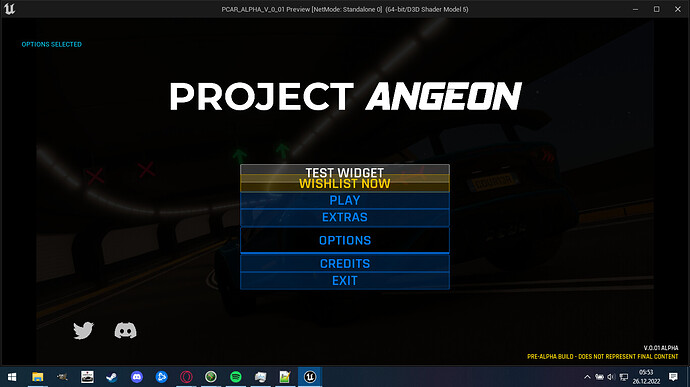 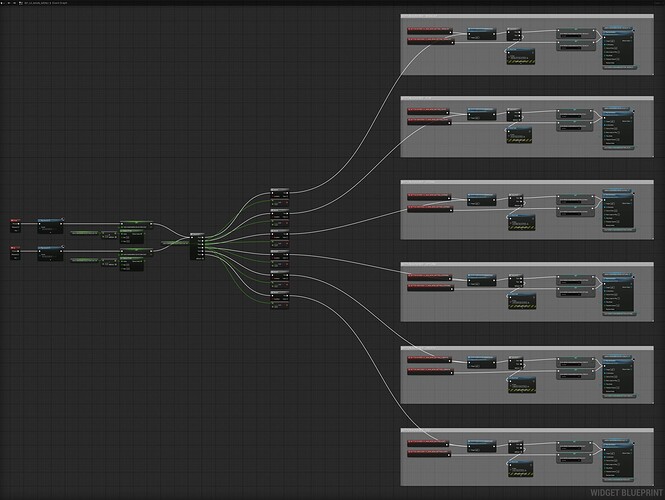 Here’s the Graph of the Widget Button and Screenshot of Main Menu from the Designer.

Note, that each button is the same Widget. 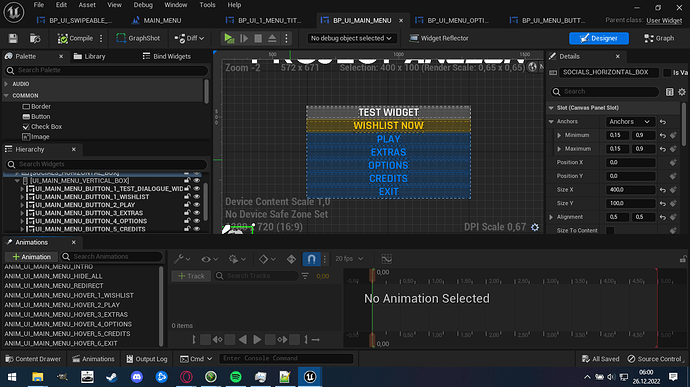 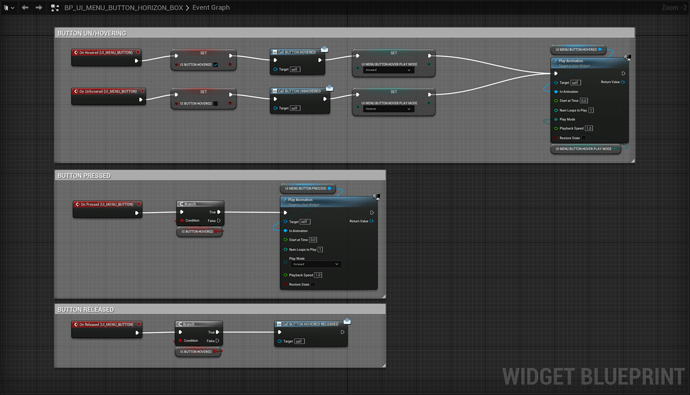 So I THINK the answer is going to lie here: 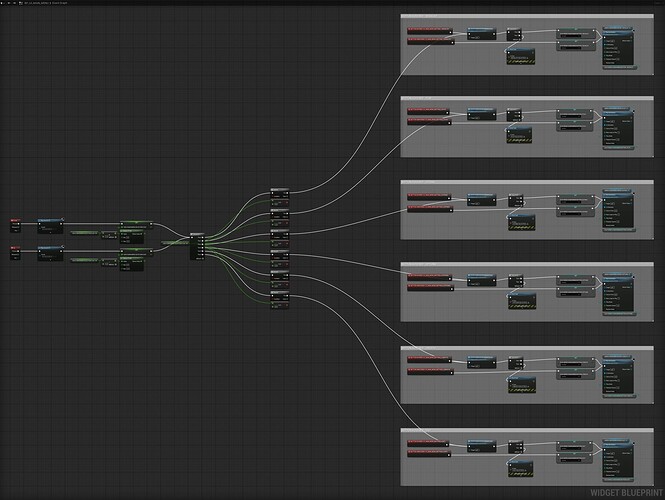 But the image is too big. Can you piece some of that out in different snips so we can read it? Thanks! 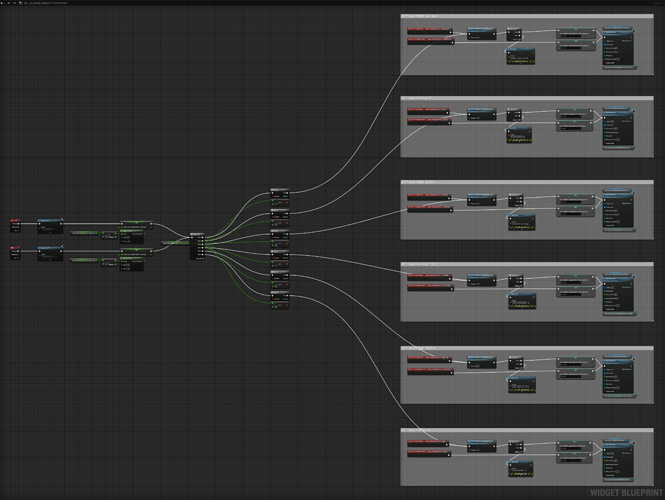 Okay, I just realized what I had to do last time I did this, which was UE4.

On hovered is not achievable through keyboard and mouse. So what you do is you change the style of the button when it is focused! That’s literally all. But yeah it’s silly.

If you need some help with that let me know!

Edit: Yes, that did work linking it from imgur!

I’m not sure what you’re getting at with the up/downside thing, do you mean move them forward/back in Zorder so they don’t overlap incorrectly?

You can do all of these things with code, I’ve actually never seen them done with animation. Here’s a really good video explaining pretty simply how to go about all of that stuff and more! It’s from UE4 but the UMG hasn’t changed much. Disclaimer: This link is not associated with Unreal Engine, Epic Games, or their partners.

I’m not sure what you’re getting at with the up/downside thing, do you mean move them forward/back in Zorder so they don’t overlap incorrectly?

By up/downside I meant this (watch the timeline and buttons): 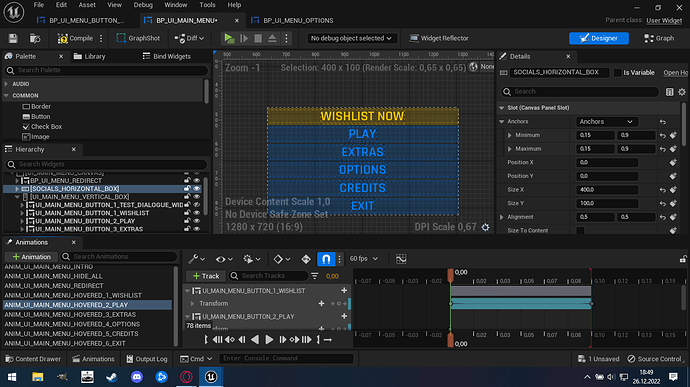 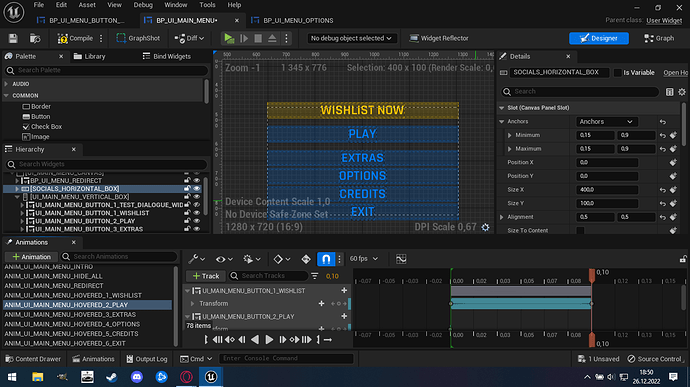 But let’s get back to the Button Hovering Feedback. I even tried to get the Button Expansion Animation to run separately for each Button with this… yet with no luck.