Below are some screenshots showing the problem.

Here is a Screenshot of preview rendering level. 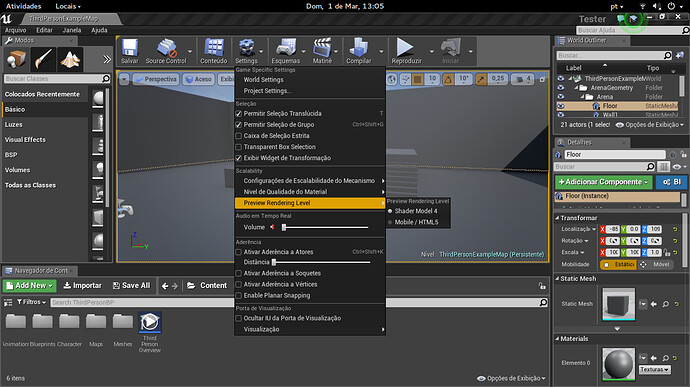 Here is a screenshot of glxinfo | grep OpenGL.

Grateful for the attention

I know this post is suuuper old, but just for people looking for a solution of the same issue. UE4 on Linux uses as default OpenGL 3.2 for the editor or the game. So every time you start the editor or the game it will be OpenGL 3.
Start the Editor or the Game using the flag ‘-opengl4’ to get into OpenGL 4.3 mode. After this you will be able to select between Render Level Shader Model 4 and 5.

I have a simmilar issue, I’m on OSX yosemite using UE4.9 and all I see in the menu is Mobile/HTML5. Can anyone help me? I’ve searched everywhere and found nothing.