I want to create the partial animation system. So, I’ve watched and copied this kind of tutorial below.

It actually works well in the level editor but when it comes to opening in Stand Alone mode, even though the animations aren’t played well unlike what they did in level editor.

I found the blend weigh(red circle) never go to 0 even when the character move around in Stand Alone mode.
Here is the question

Can you suggest alternative way instead of using idle state blend weigh? Or
let me know how to get the blend weigh value in Stand Alone mode.

Thank you for your time to read and sorry for poor English. hehe 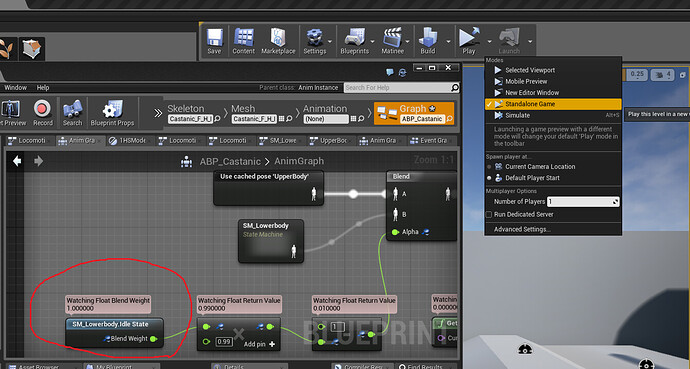