I have a problem with addtextrendererComponent.

I have a enemy that displays damage text when someone shoots it.

My problem is that if I shoot the enemy too fast textrendererComponent doesnt work as intented.

If I shoot too fast sometimes new spawned textrendererComponent doesnt delete at all and sometimes it doesnt get the “Move Component to” values at all.

Here is video about the problem:

Any advice is appreciated. 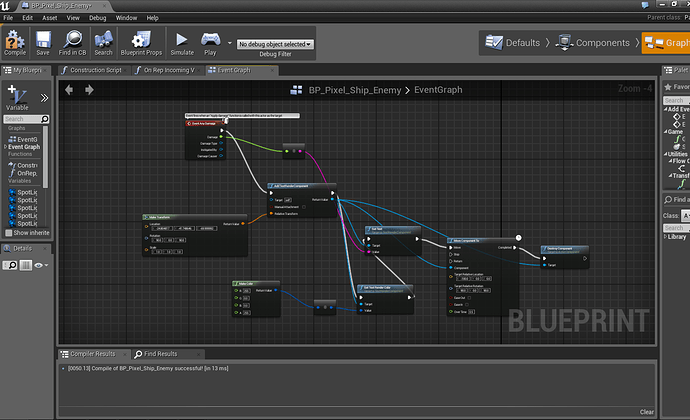 I recreated your blueprint and found the same problem, I partially fixed the issue by adding in a second “destroy component” just before one is spawned.

That fixes the issue where the text components don’t get deleted however if you shoot too fast it still doesn’t play the move component to action.

Edit: here’s a link to a larger version of the image
[Link to image][1] 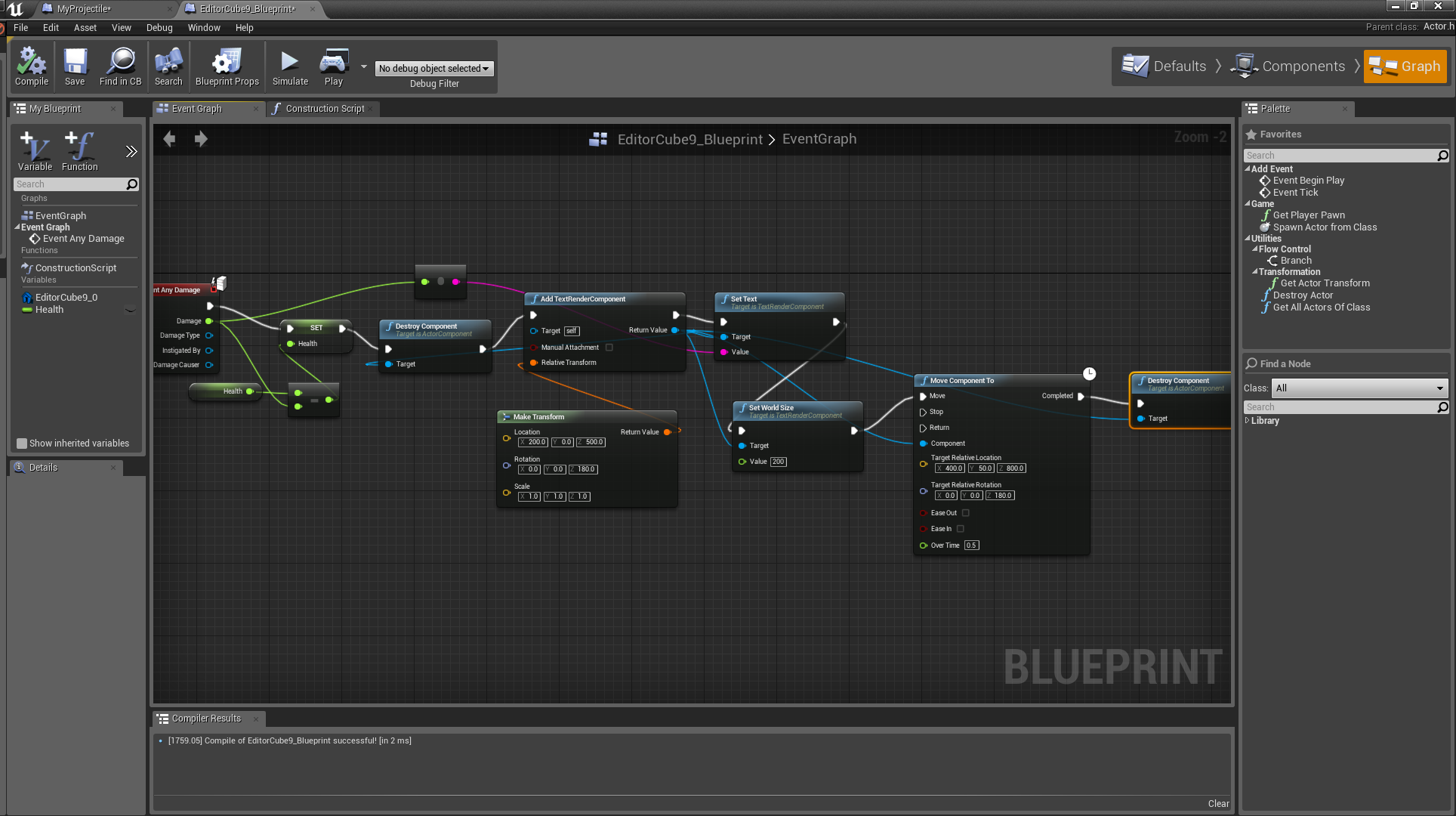