Problem with accessing one of array's element

I’ve created an array, containing 8 references to particles on level. The blueprint logic is supposed to toggle the visibility of four of them every few seconds, but after playing in viewport this error is shown. 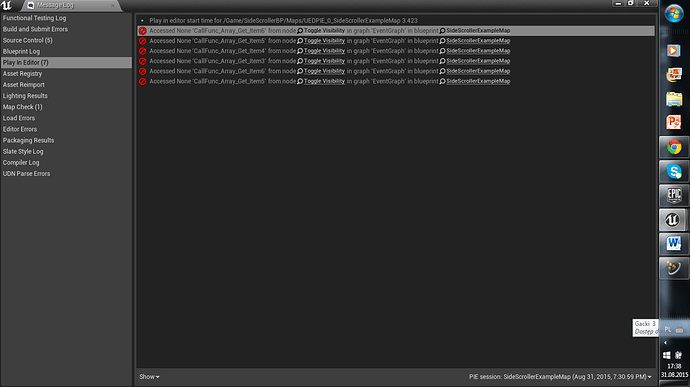 It looks like some particles are modified properly, while others aren’t. Does anyone know how to fix it? (Sorry for bad English)

It’s already resolved, I entered wrong numbers in function, which was supposed to get proper index