Problem by creating a personalizable moving platform with a timeline

I want to create a moving platform by using a timeline, my timeline looks like this:

My problem: I want to personalize this platform (moving direction, speed), so I want to be able to edit this value… 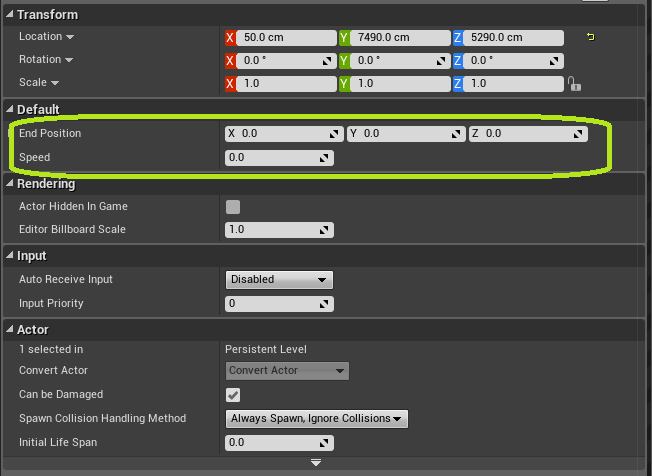 So I created some public variables (editable in the detail panel) and I want to use these variables in the timeline, but I don’t know how to do it: 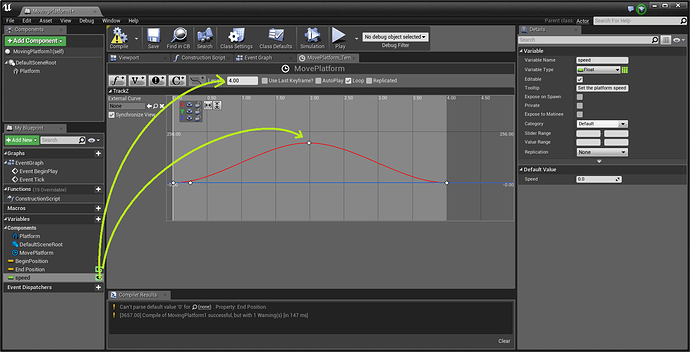 Can someone explain to me how to do it?

I posted a thread just like this a while back, and it looks like you can’t edit curves from blueprint. Something you can do from blueprint is just to set your value to 1 in the curve, and then when you want a customizable value, just multiply the red value by your variable.

What jamen said: have your curve go from 0 - 1 and multiply the value you want it to be at the end. You could make that variable in the construction script too so that you could use the 3D widget feature and set the end point in the level itself.

Thank you very much, it works great! 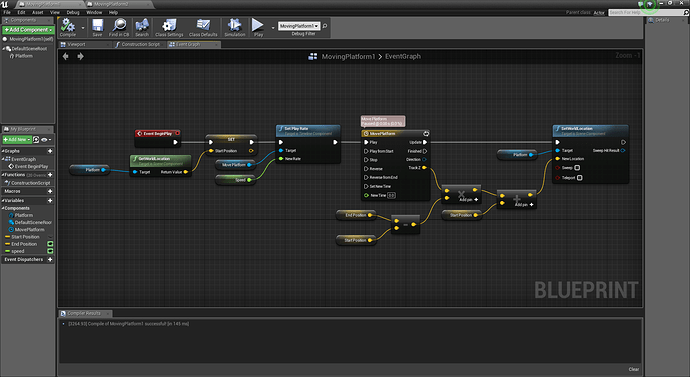 You could make that variable in the construction script too so that you could use the 3D widget feature and set the end point in the level itself.

I never used the 3D widget feature before, so I don’t know how to do it, but thanks for this information, I will read the documentation, it looks very interesting

Thank you everyone and have a great day!