So, I have it in my game where there is directional dodge and a pretty in depth combat system. My problem is when you dodge in the middle of an attack animation, it completely prevents your character from attacking after the dodge is complete. The answer would be to prevent the character from being able to dodge while attacking and vice versa, but I’ve tried every solution I could think of and even went to the forums for help but found nothing that helped my situation. Here’s the blueprints I have set up for both the attacks and dodge 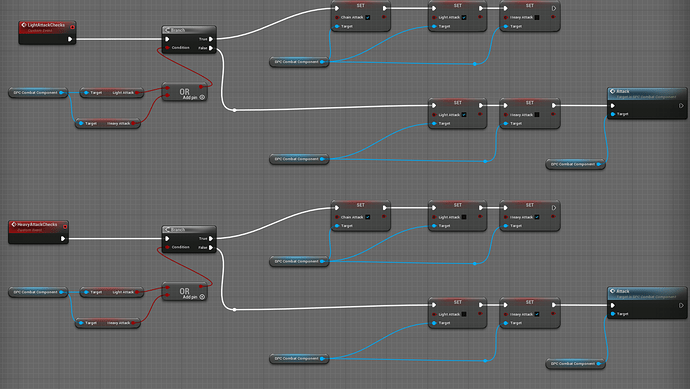