Prevent data from overriding other data 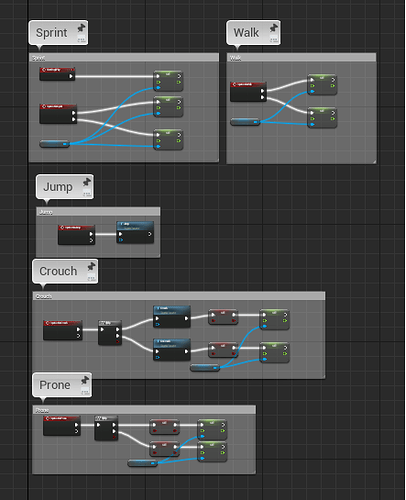 woops i ment to post this is the bp section

Your screen is really small and i cannot see what is happening. But im assuming sprint and walk are the same keys just with an extra key like shift or whatever. If thats the case you need to create a bool to do the check and branch before setting the values.