Ok, so i was thinking about trying a full scale AAA style National Hockey League Game, but as a startup indie group, with fewer then necessary contacts, it is too much.

So, a fairly quick n’ easy implementation of Street Hockey would be a great start to a team’s Portfolio. Street Hockey The Game includes basic designs for animations and environments, but can be spiced up in future updates with fantasy mode where players experience street hockey with VFX like street ball (or street puck) highlighting (should be a stock option as toggleable,) and possible some character “special moves” of also particles prites to enhance visuals with colorful assistive functions like particle hints, also toggleable.

the basic structure of a “Street Hockey Rink” (like an arena built for street hockey) is in the website, and simple level design like urban and suburban locales in different climates would be the norm, after this progression… Looking for Character Animator(s) and Blueprint Designers to implement Inputs and Movement Functions Immediately, or ASAP.

Site was built very recently, as Proof of Concept.

Description:
Street Hockey is a well known sport for recreation for young and old. With no necessary learning (but a curve of learning for more advanced players) there is the subtle yet effective fun games of pickup Street Hockey in different locales.

Street Hockey: The Game will be a creatively unique game where young and old playrs (via character picker) can play some games in a variety of locations,. Firstly, Sneakers will be the norm for games, until rollerbladies can be animated and implemented (we strive to update or offer free or limited priced DLC) and an official type street hockey rink is included already.

We are NOT an officiaal company

Team Structure**:**
ZeGypsy: Level Designer Project Founder
Level design, particles, Modelling and texturing in unreal, 3ds max, photoshop, 15 Years.
If you Freelance or don’t mind doing some demo reel or portfolio work, the sneakers section of Street Hockey my be a great thing for you, simple stick-holding, passing, shooting (wrist and slap) and some deke (fake-out) moves will be great to collaorate on.

I am designing more levels soon, and will include a basic Decal for the Goal line and some chalk circular decals, so if we choose to release an editor, one could use the environments in the game to build a similar street as your own!

We also could use all forms of artistic contributors, while a game has priorties, music and graphic design, both 2d and 3d are very much welcome and royalties for submission and use of your artwork, or animations/BP/Code, etc. will be compensated if we fully realize the concept and publish, on a store. 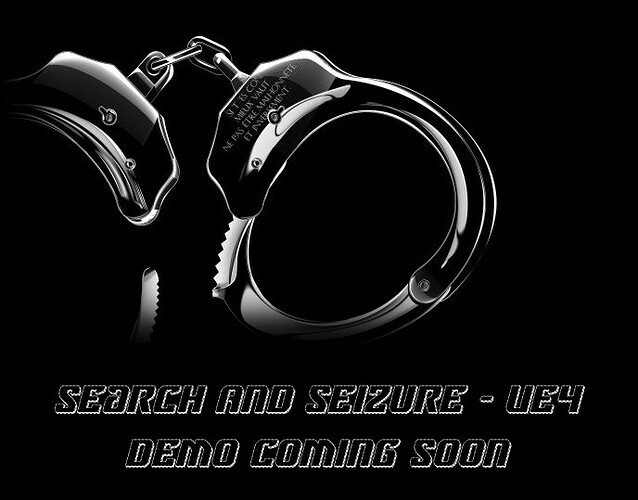 You may submit a form an/or leave a post in this topic, for more info or to discuss projects(s) on the site, and both are recommended (a post and a form submission). Thank You.