As a first thing I want the “death” of a pawn to be correlated with an unpossess state rather than destroying the character, and its respawn to be related with a possession and repositioning of the pawn.

So the logic is: if Health <= 0 then unpossess, delay-> set health 1, transform and possess.

I made this blueprint in FirstPersonCharacter blueprint: 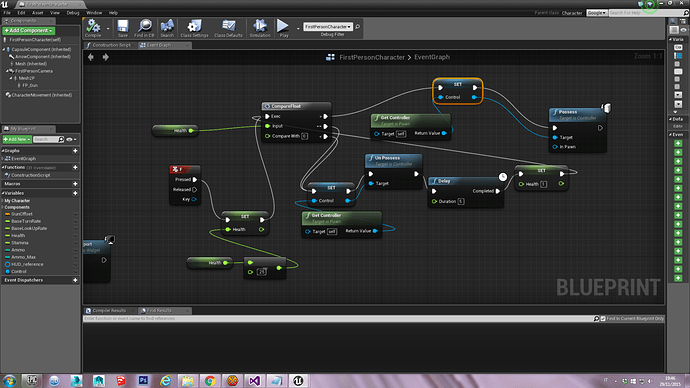 So what it does:

Everything works till health restoration, I lose control of the character, but I don’t take it back.

note: MUST RUN ON SERVER 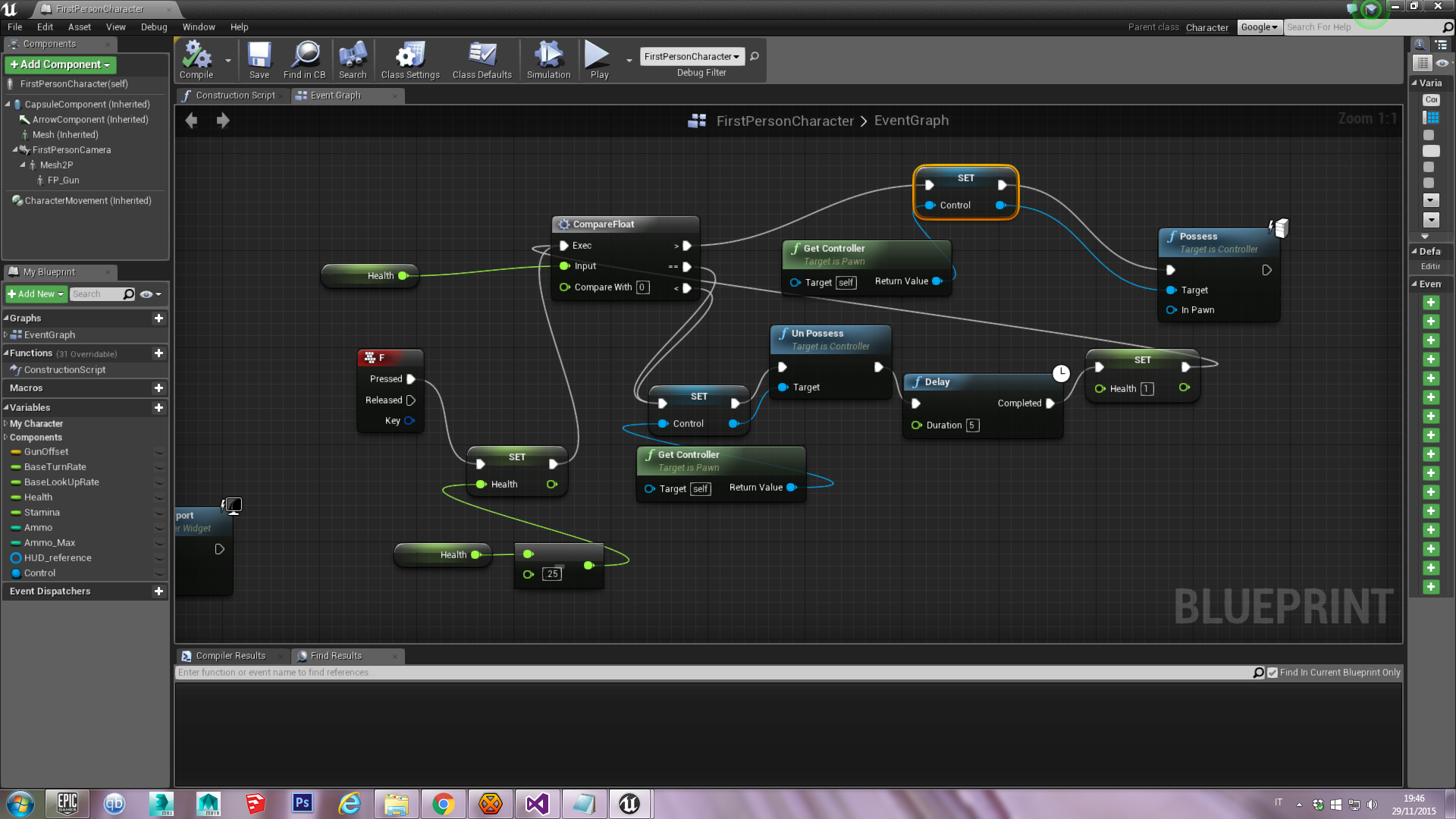 thx, I’ll take a look at it, but I’d rather learn on my own, which is not easy when following other’s work.

I’m having hard time learning UE4, I’m also taking a C++ course but I feel like the more I learn the more everything is a mystery

since you are not an inventor, failure dosnt count
there are two ways to learn the engine: “on your own” and “find soneone else work and follow the steps”
i chose second one, because i personally, dont need 10000 ways not to make a lightbulb.

Yes, but that depends on the goal you have, I’m more focused now on understanding how things works.

I have fun learning this kind of stuff.

Everything works according to rules, without knowing rules, you cannot progress until you would discover them himself, which is spedning a time.
As i said, run on server would help, possess even have LIGHTNING on it.

On your Possess node, the InPawn value must be set to the Character you wish to possess, so in this case it would be Self.

On your Possess node, the InPawn value must be set to the Character you wish to possess, so in this case it would be Self.