I’m kind of confused by my current problem. The situation :

The button to spawn the character works.
The value of the slider (related to a morph target) propagates properly between levels.

I’m failing to possess the spawned character.
More exaclty, if I change the parameters in the character BP, it’s always possessed even when I wish it be not and it remains stuck at its spawn position.
In the level BP, changing the default pawn makes my character BP to be called two times.

The best result obtained looks like some kind of FPS mode where my character can’t move and the camera is behind the neck.

To resume, I have
a Controller BP
a Level BP
a Character BP
a GameMode BP
a UI BP

So… there something I’m missing but… where and what?

You need to possess your pawn after you spawned it. Connect it to your controller. 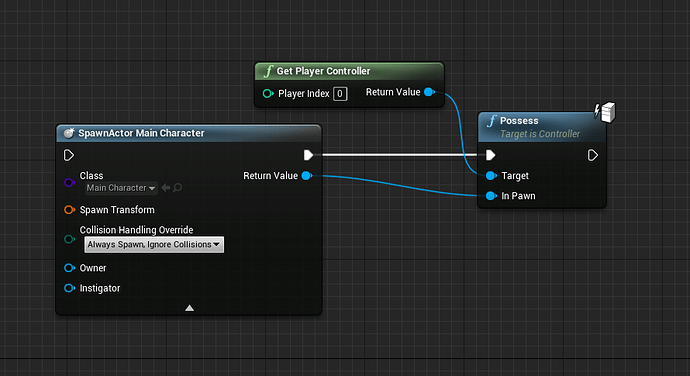 I’ve tried but I’m probably doing something wrong because the option possess is not available (I’ve tried the spawn in different blueprint and the thing is I can’t even override possess).

You are stuck in “fps mode” probably because of an override on possess. You said it’s called 2 times? Try to set your default pawn class to none in your game mode or project settings. (Edit, project settings, map and modes, default pawn class to none). Now only one character should spawn right? Maybe it conflict with the one you spawned.
On your CHARACTER blueprint, class default, set auto possess player to disabled.

Still not working? Are you sure your player get the player controller

Nothing works and there weird thing is possess is nowhere available…

When I set to none, everything is gone but then, an error occurs about get player pawn value. I’ve tried a few things but I can’t manage to set it. Any tips? 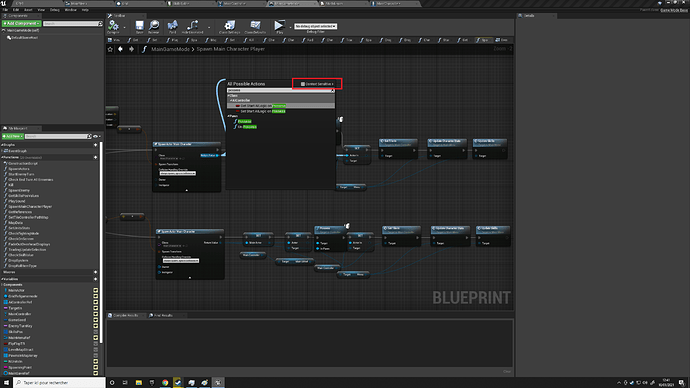 I know the options but… I’m afraid of warnings

Joke apart, now it takes the character but… it remains stuck at the spawn position. I guess I now have to check how my character BP react to keys…

Do you have a “player start” object in your map ? with auto receive input ? Remove it if you spawn manually your character 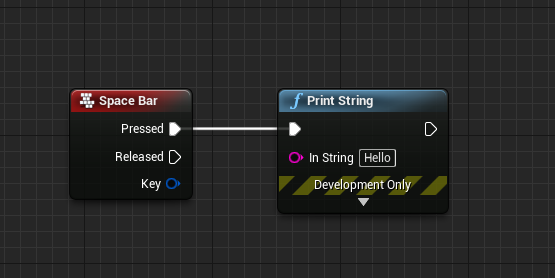 Same thing with your Game Mode, is it the default game mode class in the project settings?
Last, Do you have a Nav mesh in your map ?

@Jeel_884
I was working on inputs. It made me dizzy XD but at least it works!

You can use the “possess” node.