We are currently working on a top down dungeon crawler designed from the ground up for mobile devices, with ease of access in mind. Explore a myriad of colorful dungeons, encountering a range of characters and creatures, both friends and foes alike! Collect loot to earn adventure badges, which unlock more challenging dungeons as you control a nameless adventurer whose objective is shrouded in mystery.

Here are some hi-quality screenshots of the game! 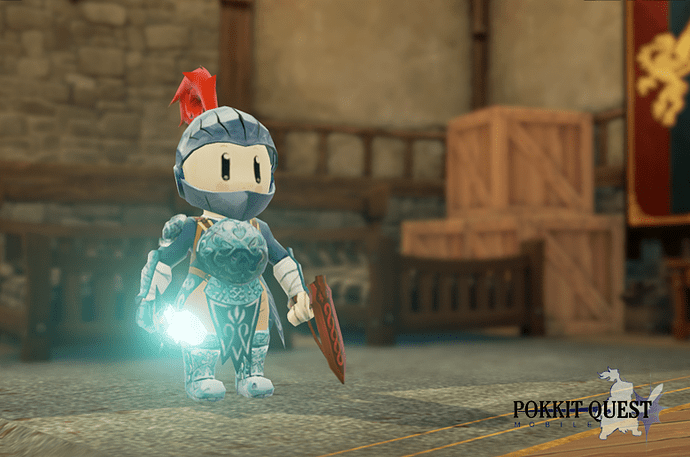 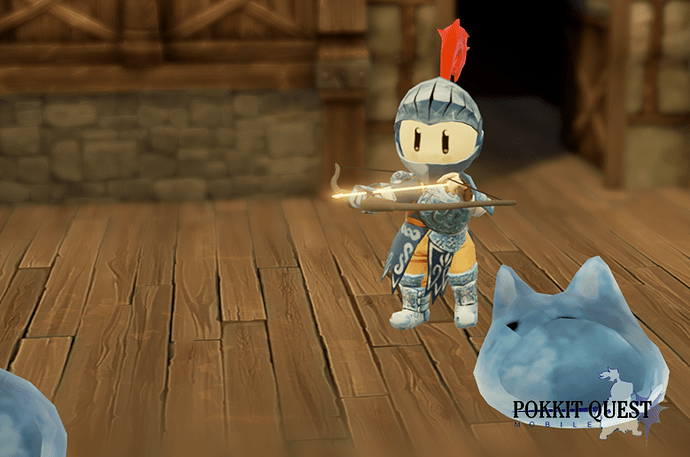 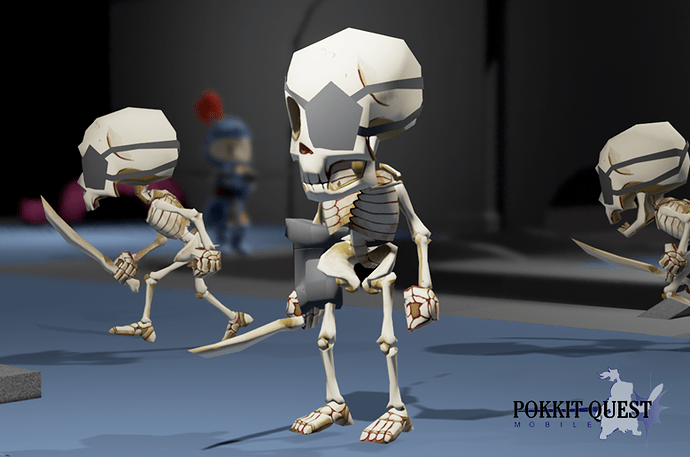 Some Sketchfab renders as well:

And some in-game screen shots! 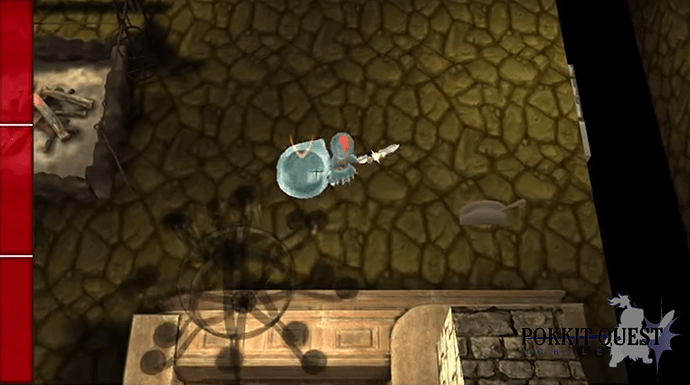 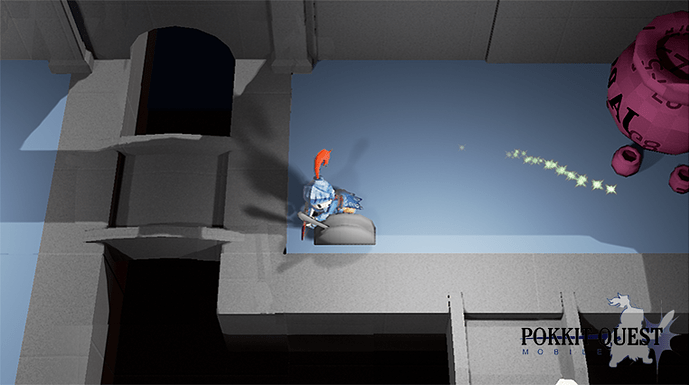 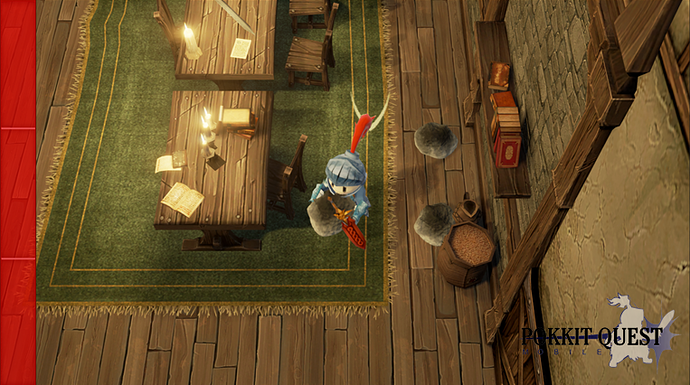 In the future I will release trailers and gameplay footage for your viewing pleasure!

That’s it for now! Until next update

I love your artstyle

@ DwunkyPengy, Thank you! The artstyle and texture work is done by our artist Corwyn Prichard. Here is some of the concept art he has done so far: 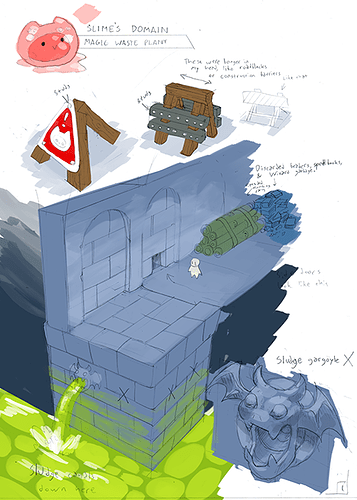 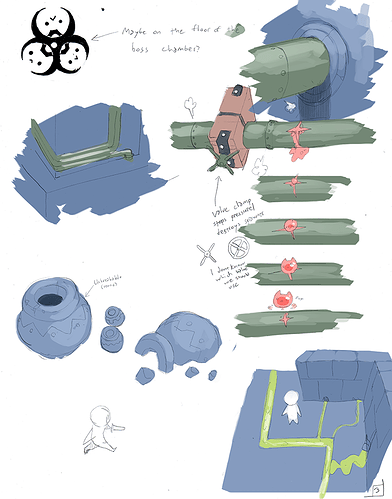 I’d like to announce that we are planning to do a Kickstarter! Here is a short work in progress for one of the shots that will go into the trailer

Very Cool! Looking forward to see more of this game

This looks pretty sweet! I’m digging the style a lot. Reminds me of the Final Fantasy 4 remake on iOS. Can’t wait to see some gameplay video! Keep us updated.

Thanks for the feedback everyone! Hey everyone! Thank you all who showed up at the ‘Unreal Developers Spotlight’ meetup! I had a great time showing off the game and I hope you all enjoyed it! To those who weren’t there, on top of showing off the game, I went over topics that would help people who are developing games ‘on their free time’, and shared a few things I learned during the development of Pokkit Quest. I also released the first official trailer of the game, as well, show below! 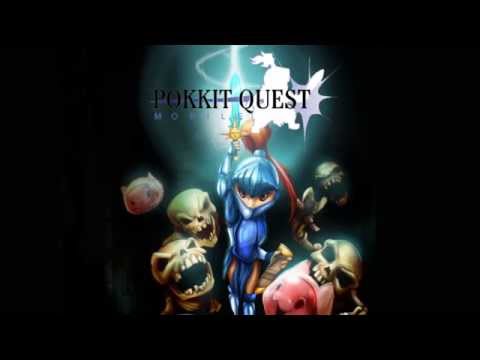 The trailer shows an in-game cutscene (of course, on max PC settings instead of mobile :rolleyes:), and a few shots of gameplay from UE4’s emulated mobile previewer. It also features an art piece by Alex Alvarado:

Here is another video update! 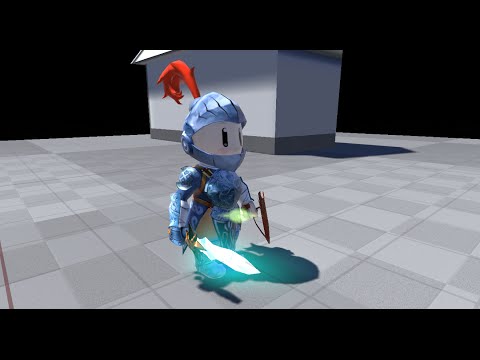 This update includes a mobile friendly glow effect achieved via material shader and a bunch of intersection planes, and a dissolving effect for objects in the way! And a bundle of minor tweaks, per the norm.

Another update! I am on a roll this week!

What I did since the last update is integrate Unreal 4.9’s dynamic lighting for mobile! Now you can use the glowing crystal sword to navigate dark areas. Seek out patches of light to charge up your sword to maximize your light output as you explore! 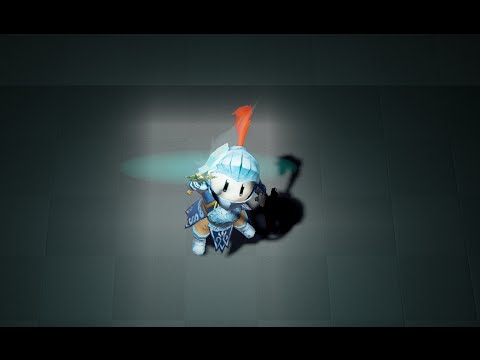 I totally revamped the anim blueprint, so now the character will easily switch from ‘flashlight mode’ to ‘normal mode’ (demonstrated in this video when you enter the house)

I’ve tried it on two devices, an older galaxy s3, and one of the newer galaxy notes (I forgot the model)

The s3 ran the game at 20 fps, but if I remember correctly the cutoff for ue4 mobile support is s4 so I’m not too dissapointed at that.

The Galaxy Note capped the game out at 60 frames though, so that is a good sign

That being said, I haven’t tried the most recent build which has dynamic lights on it. I’ve heard that it just kills performance so we’ll see how that goes! I will hopefully get a build on both models today so I will post my findings then.

So I ran a build using ‘modulated shadows’ for mobile, and it tanked the performance. It danced form 5 to 50 fps, so I decided not to use it. The actual dynamic light on the sword without shadows barely hit performance so that is a plus!

So what I did was use a small bundle of ‘shadow decals’ that track the location of big parts of the model and shift them around in proper spots. The main body, the sword, and the scabbard for this character. It looks really convincing

That’s to bad to hear about the massive drop in frames that happened with the shadows, but luckly you were able to find a nice little work around that still gets the idea across.
How is the performance of the glowing sword working for the dark areas of the map that you travel in? How are you handling that since you can use the dynamic shadows if I am thinking of this right? I am not to well versed in mobile development but I know that what you can get away with is severely constrained since its on a smaller device.

What I did was create a level loading system that I plop down in each doorway. It is visualized as a carpet in front of the door, Pokemon style. Click on the carpet, and the character will navigate to the loading volume on the other side of the door (you can also navigate to the volume manually, if you want.) Once you hit the volume, the map shows up, and the level loader decided which rooms to display and which to hide. Tap on one of the available rooms, and it will load the next room via cross fading. When the level is loaded, the character will automatically run into the room!

Most of this is automated, but there is some setup you need to do for each new room. But it isn’t that much.

Edit: Ported the build to the Galaxy Note 4 I test on, performance is pretty good! 50 fps in normal rooms, and 35 in the dark room with the dynamic light.

Just an FYI, I added a new video of the most recent build running on mobile on the previous post, check it out!

Here are a few new screenshots of the game. Not too much in terms of new developments, however :eek: 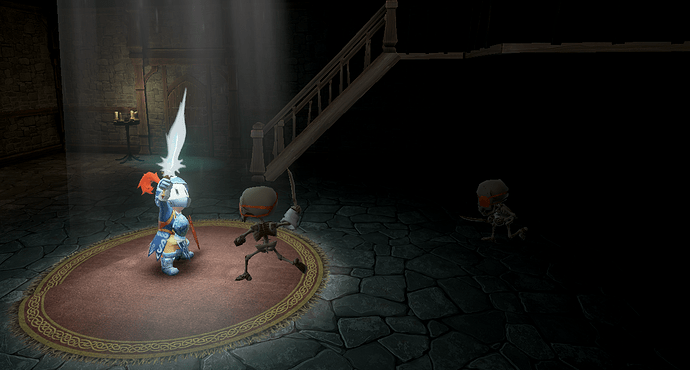 A quick update to let everyone know that DataDogsGaming.com just did an interview for the game! Here it is down below: 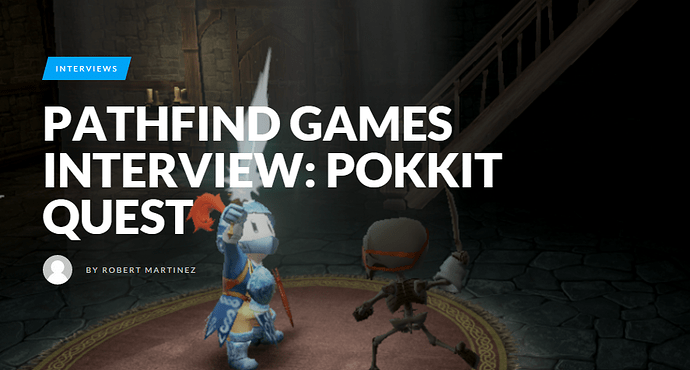 We are still alive! We are doing some re-structuring when it comes to the art-style. I am still doing unreal related work, as well. There will be some new stuff to show off soon! Thanks for being patient!