OpenCV integration with UE 4.19. In progress… This is awesome. Does it also have face recognition?

Thanks for your response

It easy to add, OpenCV has this kind of algorithm Face Recognition in Videos with OpenCV — OpenCV 2.4.13.7 documentation

Yeah I once try to play with OpenCV but I’m not good with C++ or Java. I was trying to do it for mobile.

This is awesome though keep up the good work.

Yeah I once try to play with OpenCV but I’m not good with C++ or Java. I was trying to do it for mobile.

This is awesome though keep up the good work.

Hello, Here is new Update of OpenCV, where you can play around with cascade object detection, and Cuda GPU integration, new you can try to run algorithms execution on GPU, which is up to 30x faster Home - OpenCV.

For now frame rate it is stable, because algorithms run on GPU 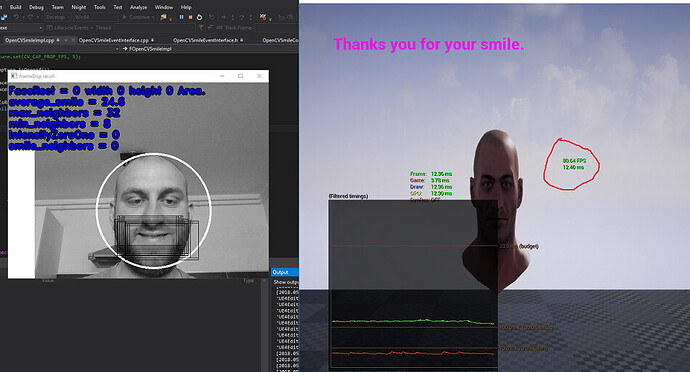 This is fantastic!
Any planned support for 4.20?

Not really a direct answer, so apologies, but I thought it might still help someone.

Lightact media server (LightAct for Real-Time | LightAct) has several openCV functionalities and it works with UE4, as shown in this tutorial:

The video shows how to use FindCircles, but there is a FindContours node as well.

DISCLAIMER: I’m the founder of Lightact.

Hey there, does it work on Unreal 4.21, and if not are there simple changes that can be made to make it work?
I tried using the wiki tutorial here A new, community-hosted Unreal Engine Wiki - Announcements and Releases - Unreal Engine Forums but it seems old… 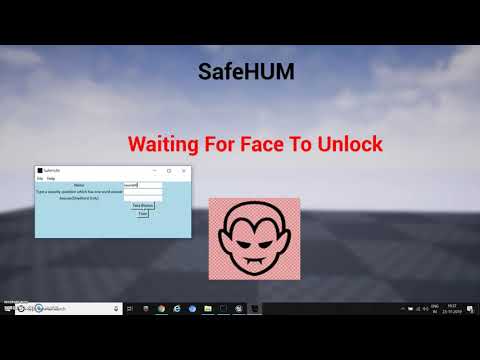 Thank you a lot for this contribution! I’ll definetly give it a try!

Hello. Thank you for your awesome plugin!
But I can’t install it.

I renamed the folder to “OpenCV”, added “ThirdParty” directory in “OpenCV”, and added OpenCV directory into “MyProject/Plugins/”
Then launcheded MyProject, but it could not be rebuild. So, I tried to rebuild from souce code.
But rebuild fails with 108 errors, which are all of OpenCVSmileImpl.h and cpp.

Could you explain how I can fix this?