PLS ADD THE FUNCTION OF MATRIX PROPERTY CHANGE OR ALL OF THEN A HUGE DATE REBUILD OR RESIZE TEXTURE FROM MATRIX PROPERTY DELAY BETWEN OF 50 TEXTURES THIS IS MAKE A CRASH ALL ENGINE THEN TEXTURE RESIZE HUGE DATE OF 1000 OR MORE, JUST DELAY IN A CYCLE I HAVE A MORE THEN 1000 TEXTURES WITH 4 OR 5 LAYERS AND THEN I JUST SWITH SIZE OF 4096 AND 2048 ITS JUST CLOSE MY ENGINIE, JUST SIMPLE DELAY IN A FOR OR FOREACH LIKE A DELAY IF MORE THEN 100 INSTANCE IN A CYKLE.

SOMETIMES CLICK AND DROP DUPLICATE INSTANCE WITHOUT PROPERTY FOR A MOVE OR RESIZE OBJECT IN A MAIN SCENE THEN I JUST DROP OBJECT IN A GAME SCENE. 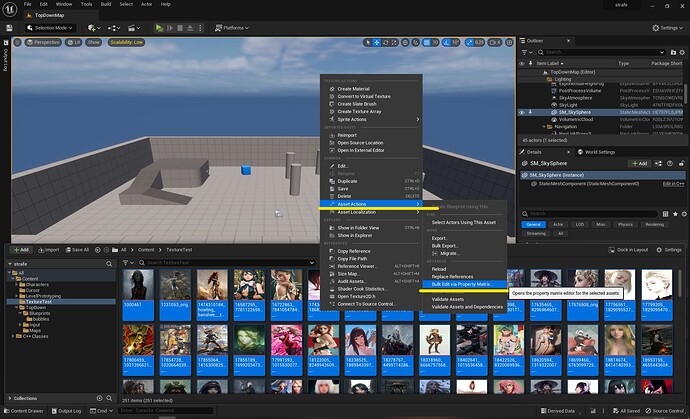 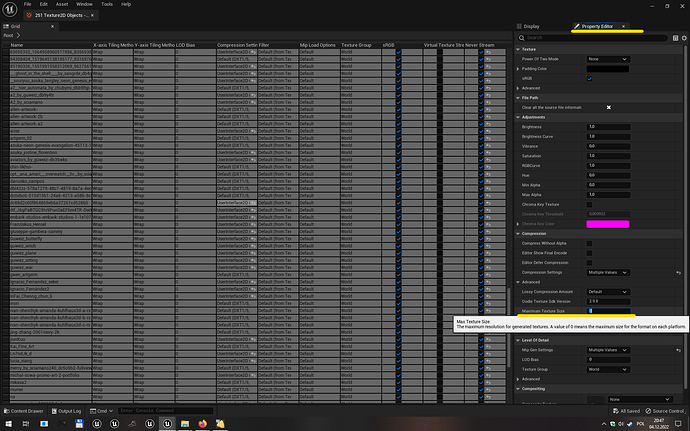 P.S.
Please refrain from using all caps. It’s seen as shouting on the internet.

If your pc specifications can’t handle editing in bulk then you could write you own editor tool that could do this with a delay node. The new editor tool system can do this with no problems.

for fix it need some delay like a after 10 per 10 textures need delay for a still cold gpu, do not teach me i need dev answer of dev engine.

I’ve got a tool on the marketplace that resizes textures - perhaps it will work better with 1000’s - but I have to admit I haven’t tried it with 1000’s: 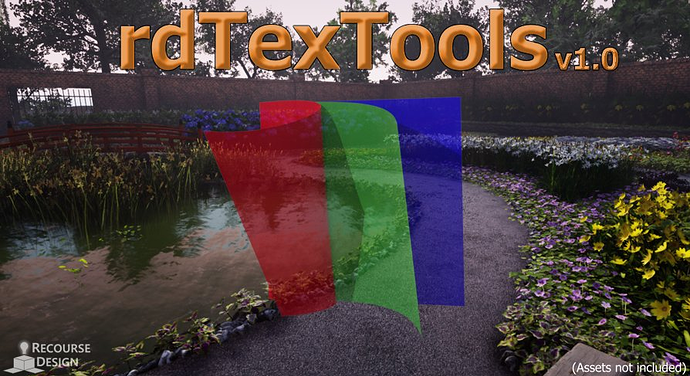 wow! we don’t live in a perfect world…

and before i take like this resizer, this is crashing my job again and again.

i want it and i should be do it if you not you are not my business.

this is should be with delay around 5-10 seconds if you dosent fire up you gpu or another hard drive, engine dosent take all time crushes like a little girl taken soo much new faces

And i have a crush then miss click matrix of property of another ui button of editor interface this is make me some confuse like that this is so hard engine like a granite stone, i make a stone it like a stone in my hand this is not cool ice this is just a stone usless i need a usefull engine smart engine then i am not stupid like a stone, and markers of smart object cant make you job a smart this is just a words not working words not working just a functionality without errors and another useless stuffs, only hard way as 220v inside a brain feel like a 5v in a brain this is not smart.

again and again and again i should be take a some messages before crush something like a you should be have a problems if you did it, i take a crush always like a ok doesn’t mater take a crush, this is make me a maniac or sociopathic man not ok guys this is so not nice job, this is looks like a cool stuff but not and opacity of nanite doesn’t work after update my all glass objects with default textures, this is so much pain, all previous jobs not automatically change for a new 5.1 stuffs, but all it develop and make in a unreal universe, this is should be update not renew code or like a change engine from a 0 code time i hade a soo much dirty stuffs from this plugins controllers and another, but i doesn’t take a default stable stuffs like a for a multiplayer and make a gameplay hard without errors, engine like a trash can for a make some cool game, this is should be default cool and then i find some trash like plugins this is should be crush not like default looks like plugin and plugins looks like a med kit.

and one word of spline in a landscape, its all working but no one cant add a messages how its working in a ui, we should be like a old woman who use paranormal brain stuffs or what why its so hard to add a message ctrl+click to add a spline in a landscape and before you should associate layer with landscape, its make me a grandma this is not funny not ok for a epic fail company i did with engine a game and i need this fix not empty words like a its ok this is should be like that community is a stupid we a smart then our community 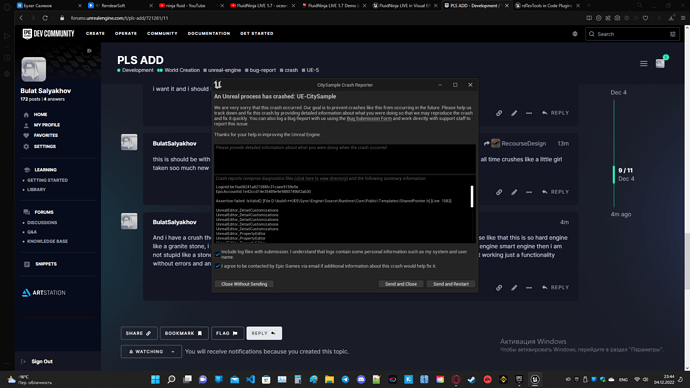 Seems you have an invalid asset during the operation. Did you perhaps move folders around?. Maybe a fix redirect on the folder with the textures could fix this error.

one guy invest a time for a make a new spline system this is working same as default, this is wrong of company not a this guy problems, i think he will suicidal after know spline system working ok and as his did may be he was lost a life and better times of life the company should take a risks if did a this huge deal and work like work but community take a some problems in a life after problems doesn’t fix they take a plugins and new trash jobs make a engine and market place like a trash can.

yes i take a invalided texture in unreal engine space in unreal engine space do you seems this is not correct for a engine or user, engine space invalid texture, this is texture inside engine and this is invalid texture mask or idk this is inside in this engine should be correct if it loading inside engine, then i take it with property matrix engine like ok not my business, how can it be not engine business if it inside a engine space? this is make me a crazy like a maniac, its like a another game like a you buy game stuff but it will crush you game and normal brain like a whats happen now i take game stuff but it just crush my game what a smartest i taken this is alien stuff from another planet of earth like a earth 234 where png not png format is a ong or tng or lng.

Just filter out the texture2d assets with the built in filter system in the content browser to only import textures and then try setting the max resolution.

just dosent change resolutioin but if i did it from game it will be make me a brainless like a ha ha dev is a brainless. 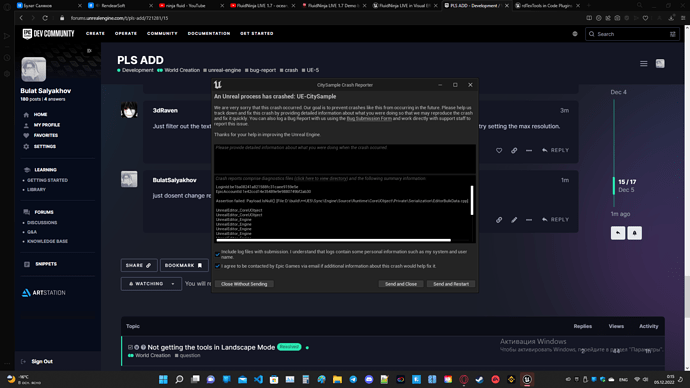 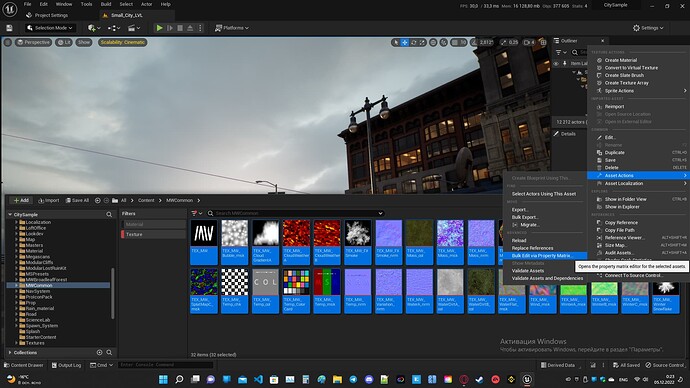 image1920×1080 188 KB
did it again this is market place stuff not my dev, engine is a default configs not build from sources or download from another not official links
BulatSalyakhov December 4, 2022, 9:31pm #20

and this doesn’t make a folders of 512/1024/2048 and another resolution of textures, this is doesn’t change from bias correct mem buffer of vram all time take a max texture resolutions or its a editor side in a game build did resolutions?
i have no bp like a set global texture size, set object texture size there is a default engine this is shuld be default functions not buyable or develop of side…