Is this a Player Character problem or AI?

Have you got images of the scripting? Would be helpful to see what’s going on. 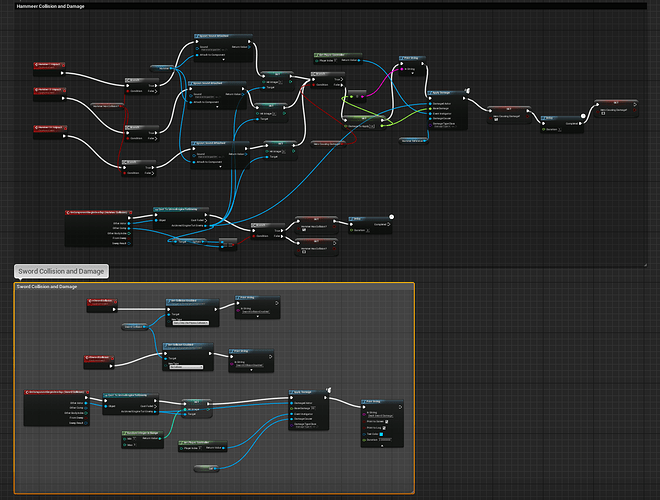 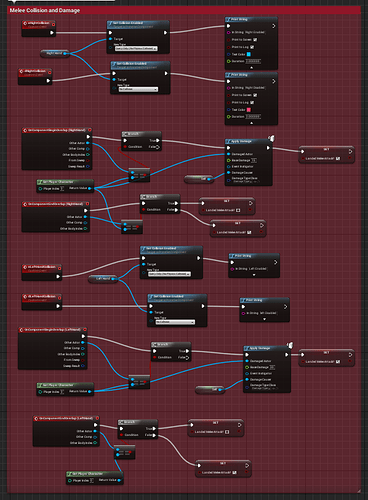 Thanks for taking a look. Also, the “ranged” Enemy AI attacks are done through the Animation Blueprint because at the time, that was the only thing that worked since the AI Behavior Tree and AI Controller are modeled somewhat after the Advanced AI Tutorial Series here on Unreal Engine. This was raising some suspicions and I was thinking about moving the melee collision and damage scripts to the Animation Blueprint as part of the attack sequences there. I am fairly new at all of this and am barely learning programming so you’ll probably see a lot of unconventional ways of accomplishing a simple task.

I tried changing the blueprint logic to reflect damage application in the Animation Blueprint of the AI, and while it still works, the Player Controller still ceases to move after a couple of hits. No idea…
I am trying to think what could possibly be causing the Player Character to stop moving?

Thanks, you may run into this if the scripting is anything similar to mine so definitely try to wrap your head around this if it helps!