Play works for my game, but not Launch or Build

Edit: I have solved my problem by reloading an old version of the projects that could launch and importing the content from the newer version. I have no clue what caused the issue, but if anyone have the same problem, doing what I did might work. The old post is below:

I’ve so far been living with the naïve notion that if a game can be played in the editor, it should also be able to be launched and packaged. I’ve spent a long time making a quite complex project, and just as I am ready to release it on the forums, I find that it can’t be launched. This is my first true UE4 project, so I have little experience with most aspects of the engine, and have found it very difficult to identify what’s gone wrong. I suspect I might have to restart the project, and slowly import the different components, packaging as I go, but this will take a long time. I really hope there is a quicker solution to my problem. Here is a link to the output log from attempting to launch: 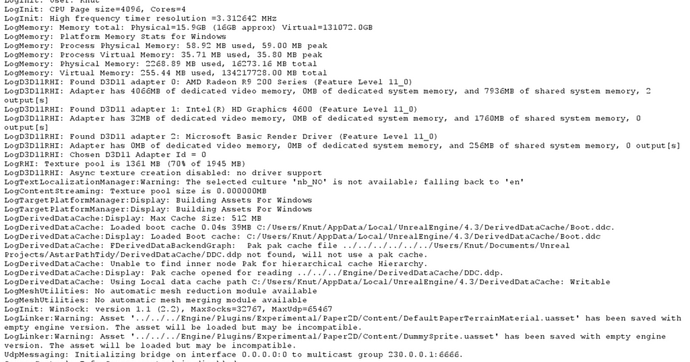 Sorry, but I didn’t see your comment until now. I’ve since deleted that version of the project, and don’t seem to have the cooking log anymore.

If you experience more errors like that one make sure to check that log, it usually contains the required to clues to fix the issue.