I imported my media file (.wmv) into ue4 then created File Media Source in it I pointed the path to the directory Content/Movies. Next, I created Media Player and with it created Media Texture. With the texture I was able to create the material and in the blueprint itself I specified the material. And also brought the widget to the screen. But the video does not play, only a white screen appears.
P.S. Translated by Google translator

The media player has to be triggered to play the video when you start the application.

Set it to User Interface domain:

Hook it up to an image widget: 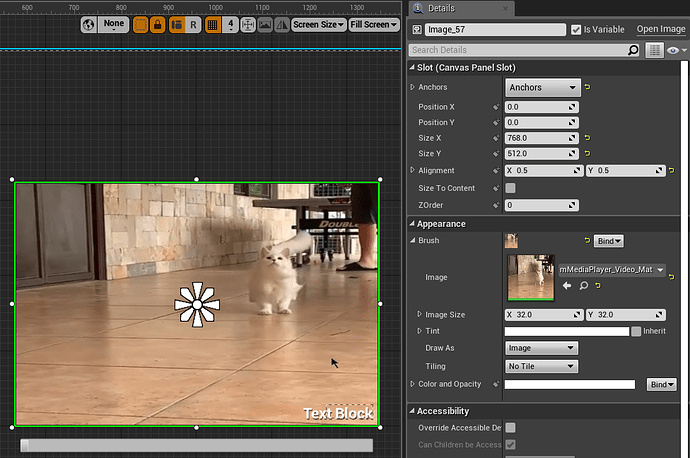 How to scroll through video via controll bar?

So I’m currently working on this project for Oculus Quest, that is some sort of a VR museum. My task is to create something of a media player inside VR. Basically there will be a room, control panel and a screen with some video playing on it. User...

Thanks a lot! It works

Thank you so much, I spent about 2 hours on this