Play sound at location when trigger box is overlaped

Hello. I’m currently in process of making a horror game and I have a problem. I tried to make a blueprint where when the player overlaps the trigger box, a sound should be played at a location and after 20 seconds stopped, but when I start the scene, the sound starts playing by itself. Below is a picture of how I tried to do it.

Something is overlapping your TriggerBox14 by default and its not your player.

Your answer works, but when I tried the game with headphones, it still sounds like it is playing the sound from the player.
My blueprint looks like this now: 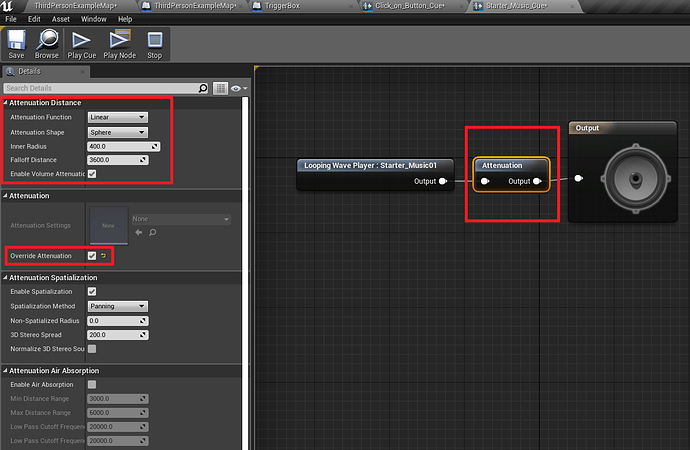 You didn’t understand me and I did not express myself fully. I want the sound to play away from the player like from a wall, not from the player. I have no problems with retriggering.

It works now. Thank you for your help and patience.