I would like to play a movie file while loading a level. I have followed this tutorial (https://wiki.unrealengine.com/Loading_Screen) but the thing is, being more a designer rather than a programmer I have not succeeded in the making of such a system. I understand that Unreal Engine is made out of modules but in the tutorial there are some missing explanations, like where do you put some part of the code and other implied stuff that programmer must know better than me.

If someone could guide me a little just to be able to understand how to achieve the result that I want, it would be much appreciated.

I’m pretty new myself, and not in front of my computer but… This should get you pointed in the right direction.

“If you don’t already have one, you need to create your own overridden version of the ‘UGameInstance’ class.”

I think you need to right click in your C++ folder in Ue4, and click create C++ class. You should choose type UGameInstance.

These files are where the code goes.

The Action RPG project has a functional loading screen, but the loading screens do not work unless you play the game as a standalone. The video explaining the asynchronous loading screens does go through all the necessary steps, rather quickly, but taking in some of the snapshots should give you an idea how it has been built. The very same code recides within the build!

I would first suggest making your own module, which does not need to be more than the bare minimum; an empty module you can implement C++ classes to. If one tutorial does not work out for you, try to fill in the gaps with another. Just do it on a fresh project so you can iterate quickly until you understand how to implement a module. While use of modules is not necessary for loading screens, it is still very useful concept to be aware of, and it is what the Action RPG project uses.

After you’re done with that, you may want to take a look at the blueprint nodes made in the Action RPG project that trigger the loading screen. Following along the nodes into their C++ implementations, and from there on out all the way to the top, should give you an idea of how the relationships between different parts of the engine work at that point.

Then you can pretty much start porting the ARPG loading screen to your own project.

I would first suggest making your own module, which does not need to be more than the bare minimum; an empty module you can implement C++ classes to.

What is exactly a module? What is it made of? Is it a “.cpp” or “.h” file? How do you start implementing one? By the way, thanks for your help. This is much appreciated.

What is exactly a module? What is it made of? Is it a “.cpp” or “.h” file? How do you start implementing one? By the way, thanks for your help. This is much appreciated.

An overview of UBT Modules, including property descriptions.

Module is a way to encapsulate functionality. So say you have a chunk of code that integrates Leap Motion or lets you show adds on iOS. A project that needs that functionality implements the module. Projects that don’t, omit the modules. Plugins could be thought of as modules where the installation process has been automated. But yeah like Kaos is saying, loading screen movie player has been implemented as “Pre-Load Screen Movie Player”.

Modules have a C# file for the build configuration, and .cpp / .h files for the data itself.

There are tutorials for implementing modules, like this one.

The “preLoadScreenMoviePlayer” plugin that is in the engine does not seem to work. Or where is the user interface supposed to appear? How am I supposed to use it?

Also, I would like to know where I should put this snippet of code that is shown in the wiki tutorial:

I finally found the answers to my issue by asking my question on “Unreal Slackers” discord server. 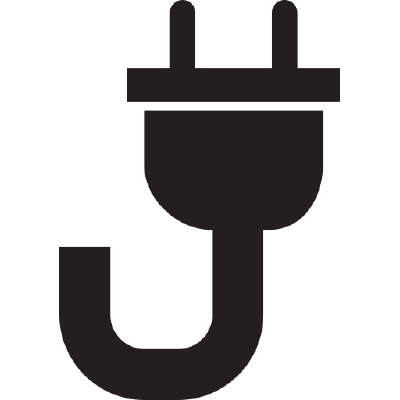 A plugin for Unreal Engine 4 to expose simple controls for managing load screens.

Then I modified some source files in it by following the pull request instructions made by someone else at this link:

fixup include paths for 4.24 (DefaultBuildSettings changed)

Finally, I put the modified plugin’s folder inside the “MyProject/Plugins” directory and it worked. I have been able to find the plugin section in the “Project settings” under the “GAME” section.

You may have to rebuild the project once the plugin is added to your project before launching the editor.