I’ve actually posted this on the answehub, however im used to answering my own questions there and i dont think i can figure this one out on my own (not as fast as id like anyway).

I’ll copy paste everything here, as detailed as possible.

Ok so my basic setup of the characters allows me to shoot left and right (basically, because it can actually even shoot in my face aswell).

My first question is how should i setup the character to shoot in all angles? (90, 45, 180 etc). I’ll add a picture showing you what i mean. BLUE ARROWS = the way it is shooting now, RED ARROWS = what i need to add to it. 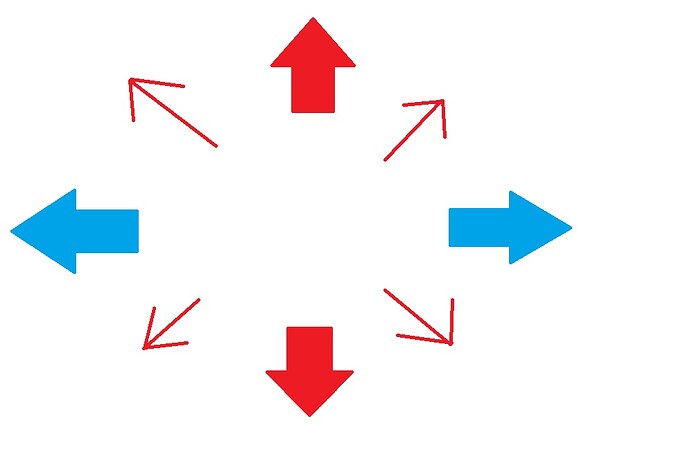 My second question is how can i stop the character from rotating, or making him unable to stop while pointing at me (at the screen). My character rotates 360 degrees when i need to turn left or right, this way making him able to even shoot at the screen. What i want is to make the rotation smoother (or faster?) and once he’s rotated left or right, to lock him in place until he wants to turn to the other direction (if he’s going right, when he wants to go back, or shoot back/left, i want him to rotate directly to the left instead of making a 180 degree rotation which makes him able to shoot at the screen).

Hopefully my first question will be answered, i suppose i could figure the second one out if no one can help.

Bumpy ride, no one can help on this matter?

UE4 Questions Answered: Aiming in a 3D Side Scroller - YouTube This shows the answer. Working on a full tutorial right now.