still very new to ue4 level creation (normally a prop and weapon artist, occasionally player models) i really want to go for a more dark gritty look (its a war game) but yea the heavy black lighting does make it much harder to see. i just found skylight after you recommended it so ill play with it a bit today and over weekend and probably post some more progression. you wouldnt have a recommendation on water would you? right now im just using a plane as a reference, and i looked at the example water in the effects demo and it went way over my head.

Also, getting an error that my big leaf plant is at 97% overlap on uv? idea? 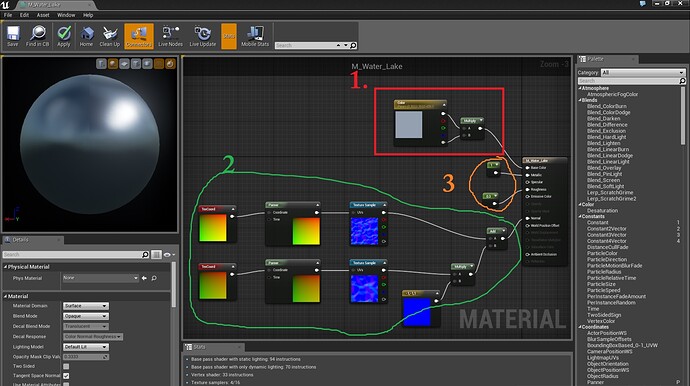 Also, getting an error that my big leaf plant is at 97% overlap on uv? idea?

You have to create a 2nd uv channel with a proper lightmap for your mesh -> https://www.youtube.com/watch?v=z5yc-bKbHyc

I’d be suspicious of those plants if i was a sheep.

You guys are awesome thank you, sadly im at work now so ill have to play with it later tonight, but sometime before bed ill post an update.

Great start. Can’t wait to see how you better it later.