Back in 2010, when we were just starting out, we released a little iOS logic-puzzle game which got a few people quite addicted. We got some nice reviews too; The Guardian said it was hard to put down and Eurogamer called it “pure puzzle perfection”. Then we got busy and support for it kind of dropped. We’re pleasantly surprised to this day people are still playing it though. So now we finally put some time aside and did a proper follow-up for iOS and Android using Unreal Engine. Because of our choice to use UE4 we now also have opportunities to port it to PC and consoles, in the near future.

iOS and Android versions are out now! Bumf:

Score Studios is proud to announce the release Piczle Lines DX, the long-awaited sequel to 2010’s original Piczle Lines, which Eurogamer called “pure puzzle perfection” and The Guardian newspaper said was “extremely hard to put down”! 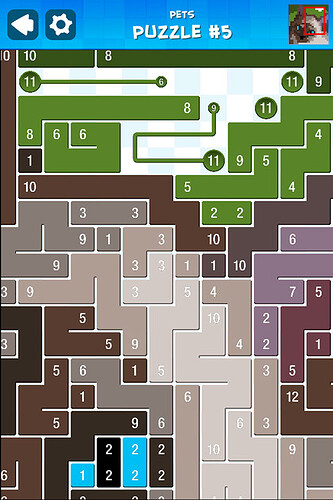 Please try it out and give us a rating!