Hello! I am trying to set up physics for my character and everything works beautifully when simulated by themselves, but as soon as i try to simulate two of the same body part opposite of eachother such as the left and right shoulder, breasts, legs and so on the part on the left side of the body works fine but the one on the right side of the body snaps to the root of the part of the left (at least thats what it seems like).

I saw someone mention that you can use the “send to unreal” tool for blender to fix this, but i tried it and it somehow borked it even more… now things just fall apart as if the model was made of jello.

So going back to my original model, i was wondering if there is any known solution when two sides dont simulate together properly?

Any answer is much appreciated!

Thank you for your time. 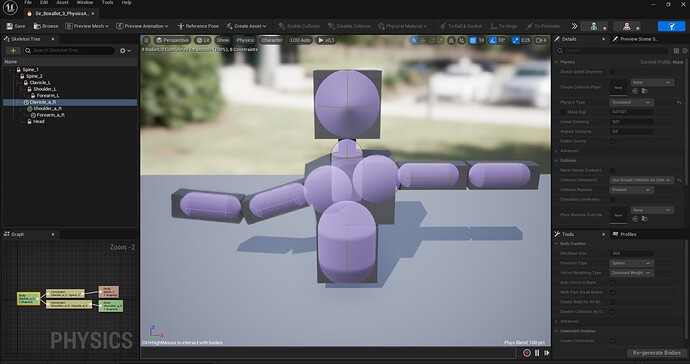 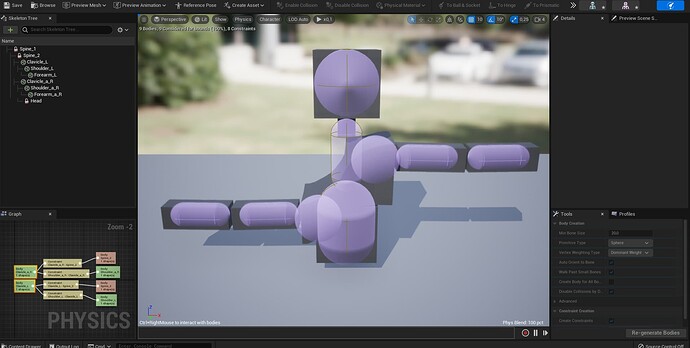 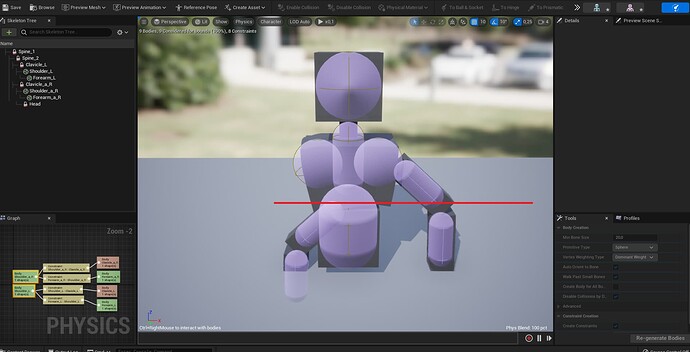 Hello again, i’ve been trying to find a solution to this problem but have so far been unsuccessful, but i’ve made som really confusing discoveries.

So my first guess on what was going wrong was that maybe Unreal had problems interpreting bones that had been “symmetrized” in Blender using the armature symmetrize function. I decided to test that theory by making a new character, lets call him Sir Boxalot. First i made an armature with a symmetrized right side. The results were the same as with the character i mentioned in the original post. I then tried to make an armature entierly by hand, but still had the same names on both side with an L for left and R for right at the end. The results were the same with an entierly hand made skeleton. As can be seen in the first two pictures, simulating physics on both sides by themselves works fine, but when simulating both sides at once they mess up as can be seen in picture 3.

I then tried to have diefferent names on the right side of the armature, adding an _a to each bone to make sure they would not be interpeted as the “other side” of the bones on the left side. Even with this, hand made and different names, the physics behaved the same with the right side of the body borking out completely. Altough it seems i was wrong about one thing in the original post, i said it seems like the right bone snaps to the left bones root, but testing the arms which are further apart from eachother suggests that instead the height of the right bones “start” is replaced by the height of the left bones “end”, as suggested by picture 4 with the red line showing how these add up on the height.

All in all i am more confused now than when i started. If anyone has any idea at all what may cause this issue, or if the issue lies with Unreal 5 having some internal bug or whatever, please share.