Hi, is there a way to get Physics Constraints working with the default ThirdPerson Character? I’m trying to make a grapple hook and I’m trying to prevent the character from exceeding a distance from a point depending on the ropes length and react to physics like a pendulum, ideally I want to enable physics and let the engine do the work with Physics Constraints, but that doesn’t seem to be working at all, I’ve tried attaching it in a multitude of different ways, with different physics settings (both on the Physics Constraint and the Character), tried different movement modes, and nothing

If anyone knows how to get the Physics Constraint to work with a Character, or could show me a workaround for it, it would be greatly appreciated, thanks!

Here’s a video of what it’s doing and a screenshot of the equation in BP: 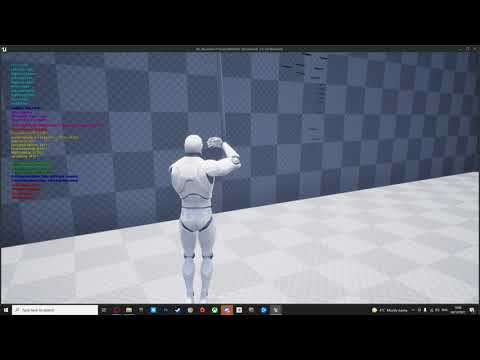 Note - In the future I plan on having it so if you have two grapple points at the same time (for example Spider-Man hanging/swinging from a web in each hand), hence the select nodes, but essentially for testing it’s only returning the rope origin and attach points for the primary grapple hook. If anyone happens to know how to do the physics for two ropes at once that, I’d really appreciate it if you shared to save any future headaches!