I duplicated BoredEngineers track and N wheeled tank setup for a 2 (and then as you can see I tried 4 in the video) trailer for a simple farming simulator remake I’m doing as a pet project among many others that involve custom vehicles.

I got to this point. As you can see the actual “Hitch” works perfectly but once I start turning the wheels go bonkers.

I started with just 2 wheels in the rear as I originally watned but it was even worse.

My trailer bodys pivot point is right at the hitch, BoredEngineers tank bodys mesh “Body” is center-bottom. Could this be the issue?

I’m thinking of making both wheels one whole mesh and then constrainting it to 2 “roller bearing” physics constrints. As you can see if I can get over the rolling wheel problem I’m off to the races, no pun intended.

Any ideas would be greatlyt appreciated.

Edit: I took the above idea and as you can see it works well but any glitch causes it to go bonkers. When driving straight (+x) it seems much better. Do the physics constraints when locking an axis of location/rotation take world rotation into account when turned in the world or is it relative and thus locking/freeing one axis makes it become hte inverse when turned into another axis?

Would I have to have it set which of the 6 constraints are set and when limited by how much when the vehicle goes from driving +X to say +y or -y or -x? I don’t know if you have done this, but if you disable collision on the physics constraint it helps. Also I found if you use visual scripting in the construction script it works a lot better and you don’t have to use tick. Also if you look at the constraints like bones you can connect multiple of them in any configuration. here is some pics 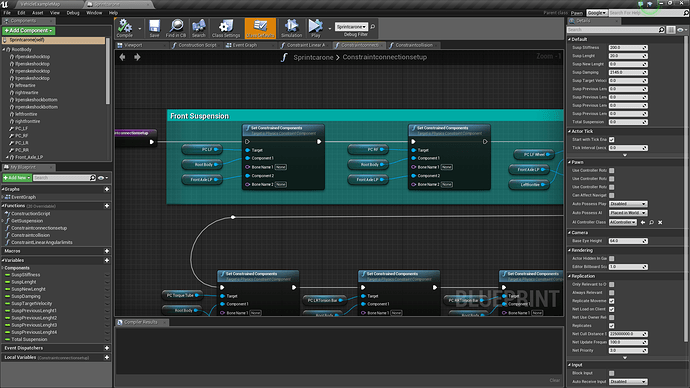 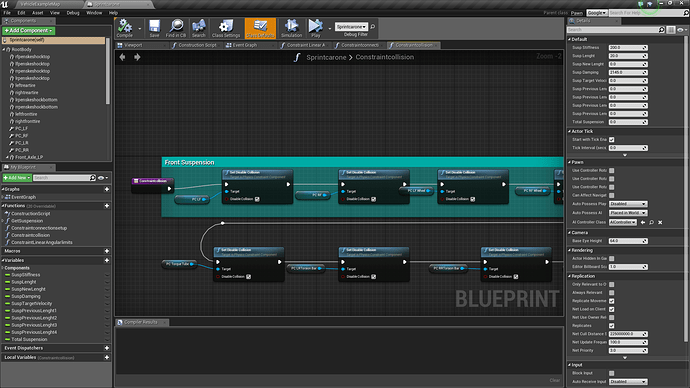 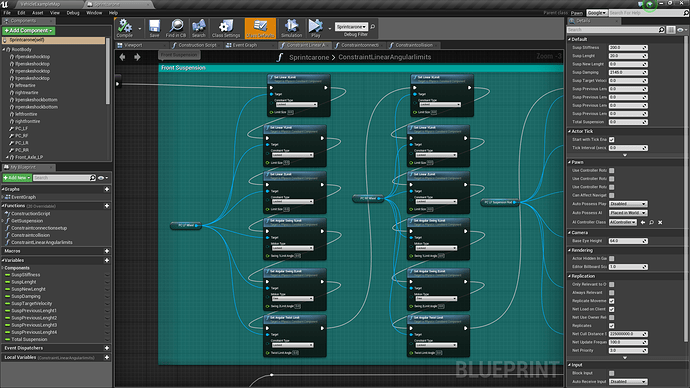 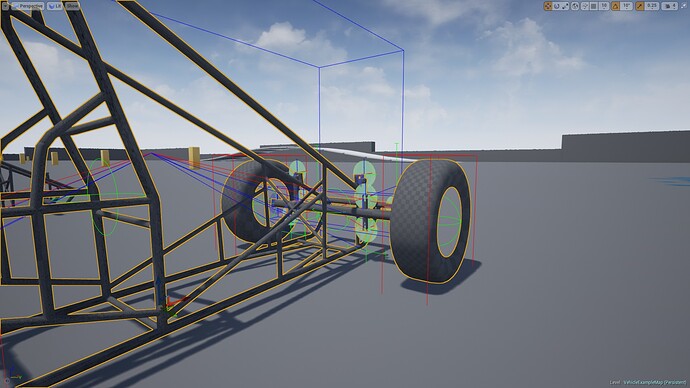 Also set your substep to 16. here is a pic

Plus if you want suspension set it via the linear drive. you can do that by set Linear Drive in your visual script but for some reason you can’t set the Linear Position Strength via visual scripting (I’m thinking its not exposed) so you will have to set and enable them via the physics Constraint. which is annoying as you could do a line trace and be able to get and set depending line trace distance.