Iv’e just been wondering if a physics based character animation system would be a nice tool to have in UE4? I know that you can blend from an animated state to a rag-doll, and also have part of the skeleton of a character blend to physics. As an animator, I think that it would be really neat to be able to drive a rag-dolls constraints with animation data, or something like that, so you could have a fully “active” rag-doll, that you can control. You could also have any animation physically react to anything around it. Iv’e looked all over the internet to see if Ue4 can do something like this, and, I think it sort of can? Does anyone know if its been done before in Unreal? And if it can be done with UE4 as it is now, the tutorials don’t really do a good job of explaining it.

Friends of mine are working on this as a hobby.
Goal is to have a powered ragdoll. All ragdoll joints are angular motors.
The ragdoll has a self balancing AI, i.e. it keep standing upright under a lot of conditions (stuff thrown at it, uneven terrain, …)
It jumps, can roller skate and does first steps (walking/running).
The entire work tries to get something in UE4 that is basically doing what Euphoria does. It is all about 100% physics based ragdolls that do stuff.
But it is not easy or quick to do. The entire ‘phyics based walking’/robotics itself is a seperate area of research.

Good thing is, that you never get the same behaviour twice. The entire AI combined with the environment always leads to different limb behaviours and so on. 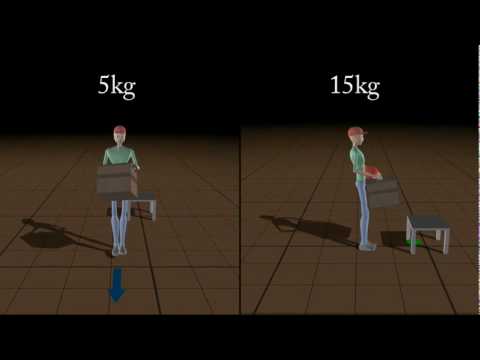 Oh my god…That would be golden. I’m very familiar with Euphoria’s system, and that’s essentially what I was thinking about when I wrote this post. Id love to help in anyway I can if you need any, but im sure youve got everything under control. I’m very interested to see development progress. Ive been doing my best to make a sword combat system, and a powered rag-doll would be a dream. Obviously its currently unattainable, but im glad there are people out there working on it.