I have a character with this big puffy curly almost afro-like hair. She keeps it tied back behind her head. I want it to bob up and down a bit as she moves with gentle motion. I can achieve this effect perfectly inside the phat tool.

However, in runtime, her hair falls totally flat and limp like a ponytail, and tends to jitter and bounce about erratically. The most well behaved and non-jittery behavior was when I set the hair bones to be locked, which shouldn’t allow movement at all. Instead, the hair moved gently and smoothly, but still limp like a pony tail.

Why can’t I get the same results inside and outside the phat tool? Is something conflicting? The rest of my skeleton is set to kinematic. Only these specific hair bones are set to simulate. 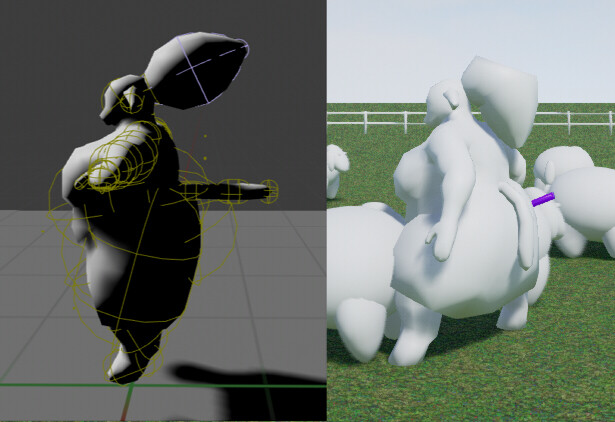 The phat tool preview is currently simulating. The bones are not allowed to move, but they move so much during runtime.