Performance in SSD vs. HDD

Will there be a huge difference in performance when I will be building my games on HDD compared to SSD? Will compiling the shaders be slower since my project folder will be on HDD or that depends where UE4 is located and not the project folder?

Also, one thing I noticed is, since UE4 is installed on my SSD, the projects that are in SSD, the delivered cache data folder is normally located in /appdata/local/unreal engine folder, however if I create a project file in HDD, it creates a delivered cache data folder inside the project’s folder and not at /appdata/local/unreal engine folder. Is that normal?

Shaders specifically is stored in common UE4 directories not sure where, so yea for shader specifically UE4 and stuff in user folders should be enough.

Note you can divide up your project data between SSD and HDD using symbolic links, concept commonly used in Linux (and other Unix-like systems) but since rise of NTFS it is supported also on Windows, thing is it’s kind of hidden in command lines. It makes link folder that links other folder elsewhere, but link it self behaves like true folder like it is there not elsewhere, OS lies to program that things are actually there but in reality they access things in other folder so most software will honor symbolic links. This allows to place portion of different folders elsewhere and software don’t need to actually support that (ofcorse there may be cases that there not, software can also check if it’s a link, OS won’t lie here). You can read how to make symbolic links here: 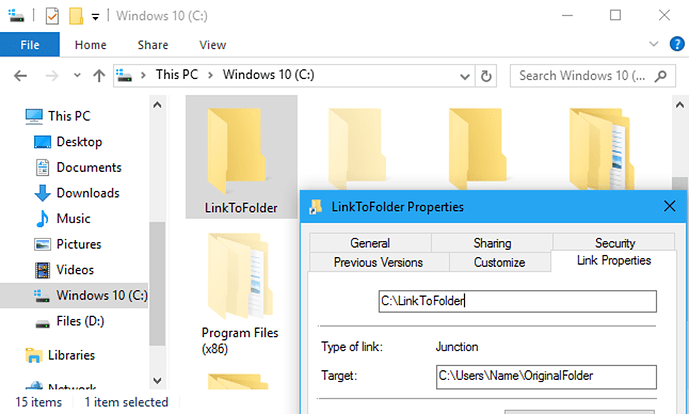 The Complete Guide to Creating Symbolic Links (aka Symlinks) on Windows

Windows 10, 8, 7, and Vista all support symbolic links—also known as symlinks—that point to a file or folder on your system. You can create them using the Command Prompt or a third-party tool called Link Shell Extension.

So all you need to do is move Content to HDD and make symbolic link to it in project folder under same name.