passing info between structs not working

having an issue where im passing information between structs and the information is not saving in the new struct.

the print string in the picture prints what its suppose to but if i do a print string after the make struct an break the new struct its empty. prints nothing… 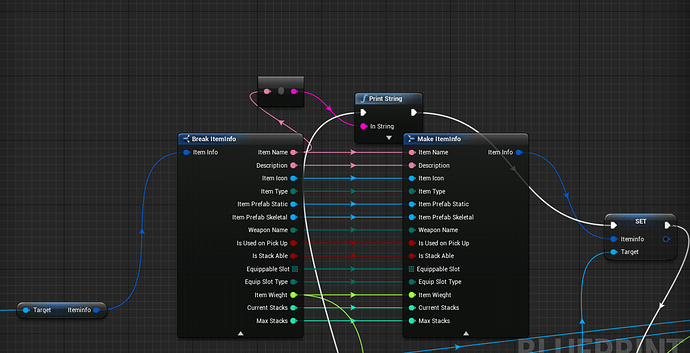 anyone got any ideas on why this is not working ive tried to do it directly and i have tried to do this bye passing my item base bp to store it which works for a whole frame then once the item is destroyed in the world it removes all references to it. but when i try to store the information it self from the struct it wont work even if i break an make the struct. really confused here… using 4.13

Works fine on my end, something else must be interfering with your data. Also, in case you did not know, in 4.13 you can finally Set Members in Struct (even in arrays) without all that crazy rewiring.