So ive been workin on a parallax occlusion shader for landscape purposes. So far is everything working… though it is in need for some tweaking. But i wanted to show off what i have i have so far.
Parallax occlusion Mapping Landscape Shader DevTest1 - YouTube 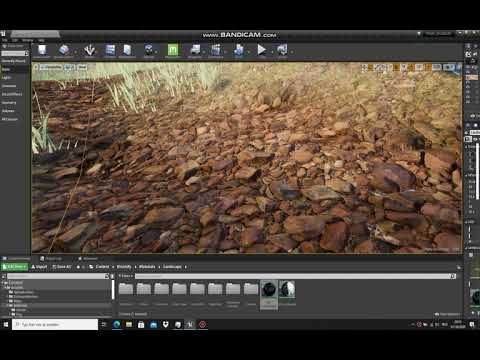 awesome, that is working nicely! this is exactly what I am trying to do at the moment but can’t find any resources on how to merge both the landscape and POM shaders together… basically how the graph would look lol

Indeed as there is little or no information about setting up PoM combined with a landscape shader. Though this method only pays off as a detail layer. When i’ve sorted out some minor tweaking ill try to make a good documentation around it.

Do you ever modify textures to get it looking better, for more detail?

Yes, normally i alter the heightmap. But in these tests it was the megascan displacement map with no adjustments. But u can always sharpen texture within the engine.

Ok. Yeah, I tried a map of a local area via Tangram Heightmapper (a web site for getting a heightmap from a world-scale map), and importing it without modifying in an external program resulted in really sharp transitions between different height values. So, I used a bit of blurring and other alterations to get it to a more ‘realistic’ terrain when importing the final to UE. The textures used for POM look excellent in the videos, and would give the landscape more variation with a randomize or tile-breaking function, which is another thing I’m not sure how to accomplish effectively yet. I’ve gone through a few tutorials and it merely hides repetitive tiling somewhat, not producing a non-tiled texture. Those hiding techniques could be useful, don’t get me wrong, but I’m looking to create more organic or non-uniform, non-repeating materials…especially for ground below grass, rock / stone, sand, and other terrain types. If it can be performed over large-scale areas of a terrain, then it’s most likely easier to do for smaller, singular yet multiple instanced objects…though I know it involves a somewhat different approach.

As ive noticed these same situations as u are encountering.

For me the displacment map with sharpen texture seems to be giving a smooth transition on the edges.
But then again displacment is bit of a blur map compared to a real height map.

And so far i’m getting the desired results even with lesser quality images.
The tiling function; so far… i’ve only tested macro variation wich gives me this as result. 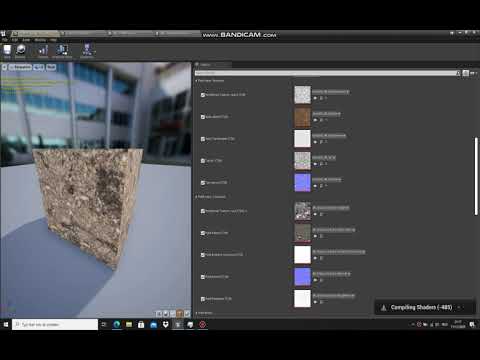 but as these are just experiments; ill try and figure out a way to make it more clean and subtle as it is now.