I’m working in blueprints with Paper2D, trying to setup an AI enemy. I’m currently having a problem where I can’t get the enemy (who is a subclass of paper character) to follow control rotation.

I have the “Use Controller Rotation Yaw” checked, and I’m setting the rotation via this function which is hooked up to the tick event. 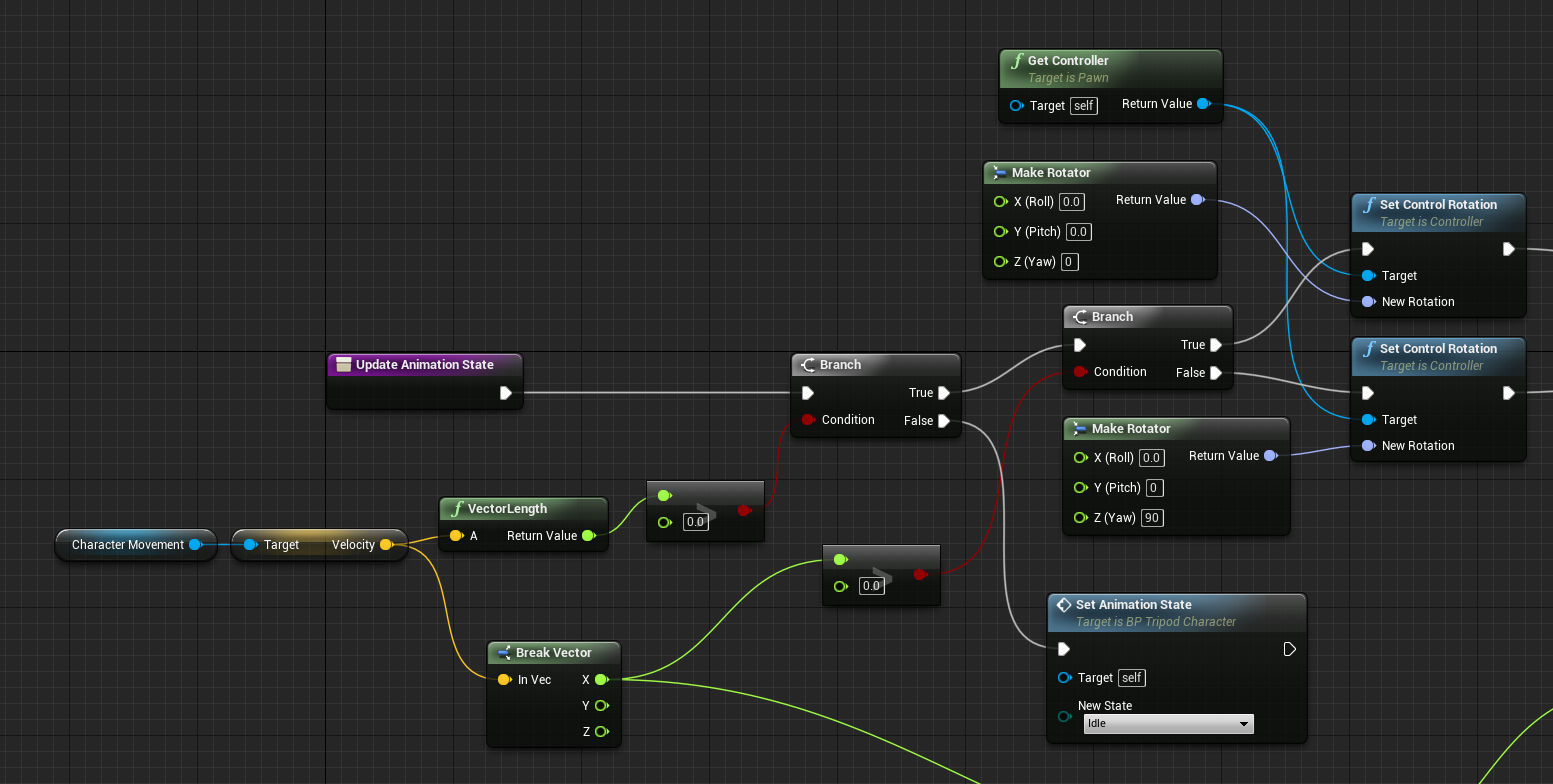 I can confirm that the controller’s rotation is being set correctly, but the character doesn’t get turned around to match it. Am I missing something? I have something similar setup in C++ from the paper2d platformer template project and I don’t see anything that’s different aside from the AI using blueprint instead of C++.

EDIT: Whoops, the lower “Make Rotator” node should have 180 in the yaw field, I’ve fixed that but my problem still stands. The controller’s rotation is set but the character doesn’t follow it.

Nevermind, looks like this is caused by using an AIController as opposed to a player controller (found this out by hovering over the “use controller rotation yaw” checkbox) . I’d like to know why that feature seems to be exclusive to PlayerControllers, but I can work around it for now.